Close to the end of each month, the hearts of Netflix lovers are set aflutter when content for the next month is announced. It means the debut of new series and movies, the triumphant return of beloved favorites, and a warm welcome for oldies coming to Netflix for the first time.

In these times, it’s like unwrapping a gift. May is upon us and Netflix has its lineup raring to go. Fans are excited about Avatar: The Last Airbender animated series and Back to the Future arriving on the platform, but the streamer’s originals continue to be a major draw.

Below is a list of which Netflix original series and films are coming in May, including season 2 of the popular Dead to Me. 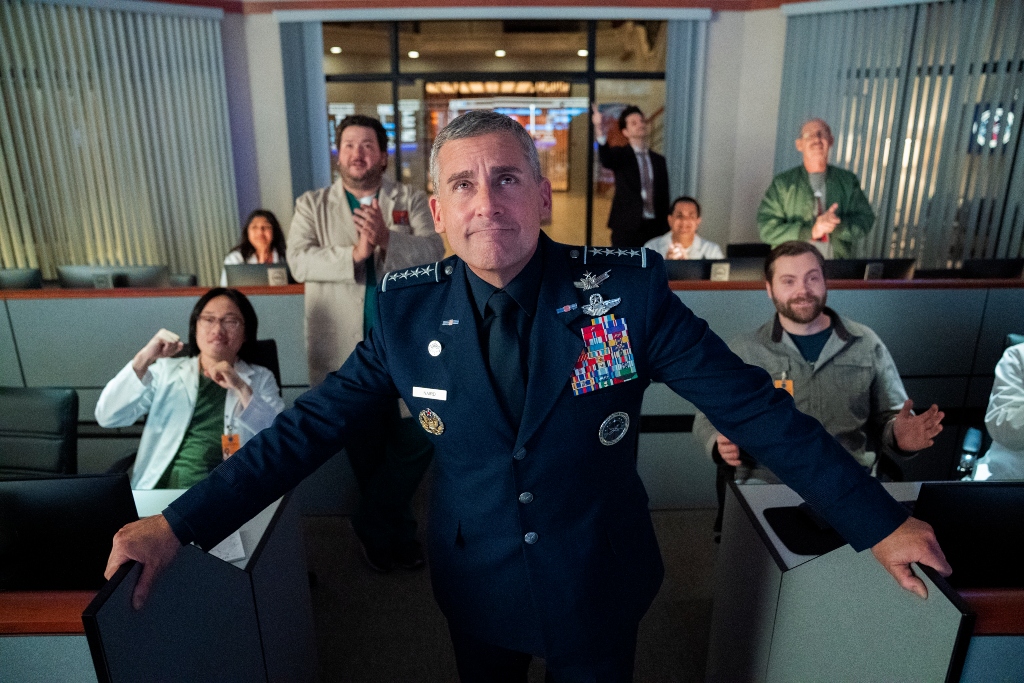 Hollywood – The highly anticipated film from Ryan Murphy is about a group of aspiring actors and filmmakers trying to make it during Hollywood’s Golden Age.

The Half of It – Teen rom-com about a shy girl andathletic guy who strike up an unlikely friendship and find out they’re crushingon the same girl.

Get In – If you like thrillers, this French film about a man going up against squatters in his house may interest you.

All Day and a Night – Film starring Jeffrey Wright and Ashton Sanders about a father and son who, after being apart, end up in the same prison.

Medici – Season 3 drops about the famous Italian family who led the Renaissance in Florence.

Into the Night – Check out season 1 of the sci-fi thriller about a hijacked flight trying to beat the sun. It’s life or death.

Casi Feliz /Almost Happy – Season 1 debut of the Spanish comedy series about a radio host and his complicated love life with his ex.

Jerry Seinfeld: 23 Hours to Kill – A stand-up special from the famed comedian. Just watch the trailer.

Working Moms – The ladies return with their kids, marital woes, and more laughs in season 4.

Dead to Me returns with season 2 and more twists inthe relationship between Jen and Judy.

The Hollow – If you didn’t catch season 1 of this entertaining mystery-themed animated series, do so before diving into season 2, and stick with it. You’ll be glad you did.

Rust Valley Restorers – Season 2 of the auto restoration show premieres on May 10.

Restaurants on the Edge – The hosts are back to revamping restaurants around the world in season 2.

Valeria – It’s the debut of Valeria, a show based on novels about a struggling writer who stays balanced with the help of those around her.

The Wrong Missy – David Spade stars in this dating disaster story about a guy who accidentally text-invites the wrong woman to Hawaii.

The Eddy – Drama about a jazz club owner trying to keep his business out of the hands of a gang and his daughter out of harm’s way.

Have a Good Trip: Adventures in Psychedelics – Escape reality with this trippy docuseries.

Trial by Media – Lovers of true crime will want to check out the first season of this docuseries that explores the media’s effect on court verdicts.

Unbreakable Kimmy Schmidt: Kimmy Vs. The Reverend – Kimmy is back to face her old foe in this one-time movie special. Her wedding depends on it. Add it to your list or set your Netflix reminder.

True: Terrific Tales – Explore fairy tales through the eyes of True in this kids’ show that reimagines old favorites.

She-Ra and the Princesses of Power – It’s the fifth and final season of the fun animated series about the heroine and her crew.

Magic for Humans – The series returns for season 3.

I Love You, Stupid – Film about a man who gets dumped and tries to revamp his life with a little help.

The Big Flower Fight – It’s the first season of the competition series for professional floral designers.

Sweet Magnolias – Series based on the book about three Southern women navigating friendship, love, and life.

Patton Oswalt: I Love Everything – Stand-up special from the actor/comedian.

Selling Sunset – The reality series about real estate in Los Angeles is back for season 2.

Control Z – Season 1 of the Spanish series is being compared to Elite. Students have their lives upside-down when a hacker releases their secrets to the entire school.

The Lovebirds – Comedy starring Issa Rae and Kumail Nanjiani about an unsuspecting couple on the rocks who get pulled into a murder mystery.

La Corazonada – Set in Argentina, the crime thriller follows two cops investigating a murder where the friend is the prime suspect.

Space Force – Steve Carrell stars in season 1 of this sitcom based on the establishment of the Space Force.