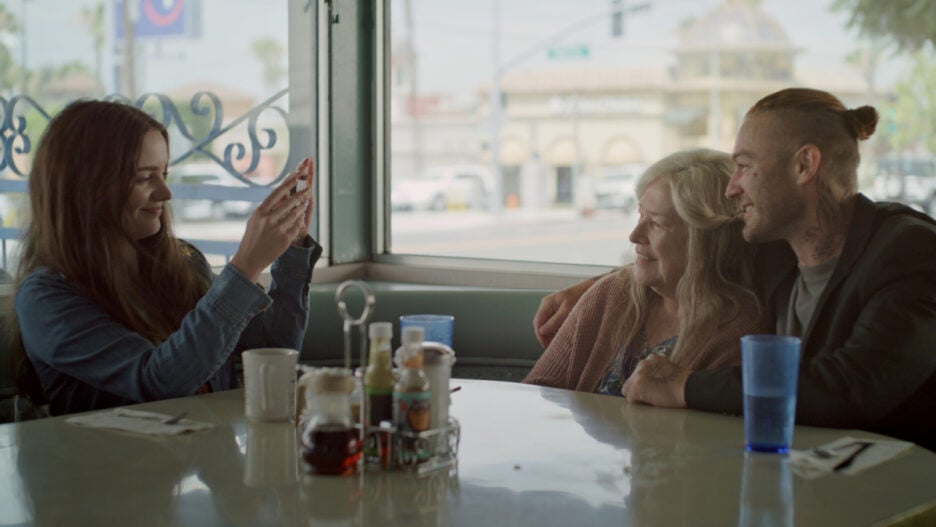 Franka Potente, the star of the German breakout hit “Run Lola Run,” found her way into mainstream Hollywood as part of the “Bourne” franchise in the early aughts. She has since amassed credits in TV and film productions staying inconspicuously present. To see her return to the foreground with her first foray into writing and directing a feature, “Home,” comes as an unforeseen, but not entirely unwelcome, career development.

For this venture behind the camera, the actress-turned–shot caller settles her story in small-town California, where desert highways lead to rundown dinners, old gas stations, and churches in communities just barely getting by. Still, Potente’s entry into the cinematic conversation centering poor and disenfranchised white Americans (alongside films like “Hillbilly Elegy”) mostly refrains from exploiting misery for its generally unsurprising situations.

Vast landscapes dwarf Marvin (Jake McLaughlin, “Quantico”) as he skates back home in a blue tracksuit and a bright red Mohawk. These sharp wardrobe and hair choices instantly give the character a memorable look that plays well with the muted color palette of the spaces he’ll occupy for the rest of the picture. It doesn’t take long before everyone in Newhall, his hometown, learns Marvin is back after 17 years in prison for murder. 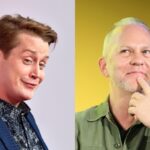 Now almost 40, he sets foot in his former stomping grounds to find his ill mother Bernadette (Kathy Bates) dying of cancer and his best friend Wade (Derek Richardson, TV’s “Anger Management”) struggling with addiction. Marvin helps around the house and keeps a low profile, but townspeople continue to cling to the past. Amid his new circumstance, he encounters Delta (Aisling Franciosi, “The Nightingale”), the granddaughter of the woman he killed, whose initial reluctance to engage him turns into predictable romantic spark. Details of the crime remain undisclosed to us.

In formidably reserved performance, McLaughlin’s strong, square-jawed face and kind eyes condense his longing in a single gesture — neither a smirk nor a frown but something perceptibly childlike. There’s an aura of earned tranquility to him, which defies the stereotype of the recently released ex-convict battling pent-up resentment while readjusting to a life they once knew. Apologetic, he takes in stride the hate aimed his way.

Though Marvin’s particular brand of brokenness, one without violent episodes or overly dramatic lamentations, makes him enthralling to watch, the beats of the story are plagued with formulaic rot. The story leaves out more than just his motives for the act that put him away: His transformation in prison or any plans for a financially secure future, whether professional or educational, never come up. 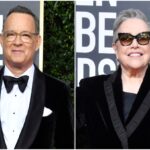 That a man with such a burden in the rearview mirror of his life can get released nearly two decades later and maintain such restraint, without resorting to substance abuse or falling back into self-destructive activities, feels miraculously refreshing to see in a film. And yet we are unaware of what McLaughlin’s Marvin did while serving his time to attain such mental strength or to be so immune to temptation. As genuinely interesting as it is to watch the actor playing the role, there’s a missing piece to the character’s emotional identity.

Formally, the first-time director takes some swings that fail to land as desired. Musical interludes, where Marvin and Wade dance around to rock music from their youth or spend an afternoon at the skate park, reduce their bonding to terribly hackneyed moments. Their intent is clearly to demonstrate Marvin’s arrested development, still mentally trapped in the time period since he was last free and only finding comfort in another person just as riddled with regret, but the dodgy tone and execution trumps the purpose.

Notwithstanding the script’s shortcomings and odd narrative adornments, Potente’s directorial instincts show noteworthy promise. More than just the outcome of proper casting, “Home” rides entirely on the turns she has extracted and molded from a cast comprised of some familiar faces and her singular male lead. 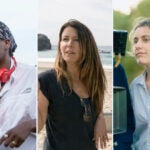 With this no-nonsense matriarch, Bates reiterates that she, like all great actors, can make herself noticeable in any given role with the might of her bitter cheekiness. Scenes involving McLaughlin and Bates show an open-heartedness in the two characters liberating each other from the pain of rehashing old wounds. No major fights or arguments maim their relationship, and yet it doesn’t feel as if there are things left unsaid between them.

For levity, Potente deploys Stephen Root as a foul-mouthed priest and Lil Rel Howery as Bernadette’s caretaker to brighten the drama with poignant encouragement for the embattled mother-and-son duo. Neither of their characters are particularly indispensable to the plot in general or Marvin’s arc in particular, but they are both vivid presences nonetheless.

Franciosi, on the other hand, plays a young woman whose position — in love with the man who devastated her family — merits greater analysis than we get. A scene where Marvin shows her the location where he committed the crime is as close “Home” gets to delving into the event that inevitably, although to different degrees, haunts them both. On her mission to speak about forgiveness and empathy precisely for those who’ve directly hurt us, Potente ultimately stumbles to deliver a resolution with sufficient gravitas to correct other flaws.

“Home” premieres Dec. 3 in US theaters and via streaming.