There’s a lot riding on “Luck,” the debut feature from Skydance Animation and Apple Original Films. The fantasy comedy’s August 5 premiere on Apple TV+ not only signals a new animation player, but also the first new feature produced by John Lasseter after his departure from Pixar and Disney amid allegations of improper workplace conduct.

A sweet film about the unluckiest girl in the world, Sam (Eva Noblezada), and her journey into the magical Land of Luck, “Luck” was already in the works at Skydance prior to Lasseter coming aboard as the head of Skydance Animation. At the time, DreamWorks vets Alessandro Carloni (“Kung Fu Panda 3”) and Jonathan Aibel and Glenn Berger (the “Kung Fu Panda” franchise) were attached as director and screenwriters. However, when Lasseter joined Skydance, he wanted a change in direction, turning to two women he had worked with at Disney and Pixar. Peggy Holmes — who had made two entries in the “Fairies” franchise and a “Little Mermaid” prequel at DisneyToon and was developing a series at Skydance — leapt at the chance to direct. Lasseter then tapped “Cars” and “Cars 3” screenwriter Kiel Murray to rewrite the script.

“I looked at the materials that existed and was attracted to the premise of this girl growing up in foster care and aging out, and the presence of a leprechaun,” Holmes told IndieWire. “We could have this very emotional story about her journey to find a family. What if we take this idea of a leprechaun and we blow it up into a whole world? So that’s what I pitched and they said yes.”

Holmes and Murray took deep dives into the foster system and the mythology of luck throughout the world. They spoke with people who had grown up in foster care and, like Sam, were never adopted. “In speaking to them and hearing their stories, we were so taken by several things: their generosity, their positivity, their hopefulness, and perseverance. For us, that became our beacon.” 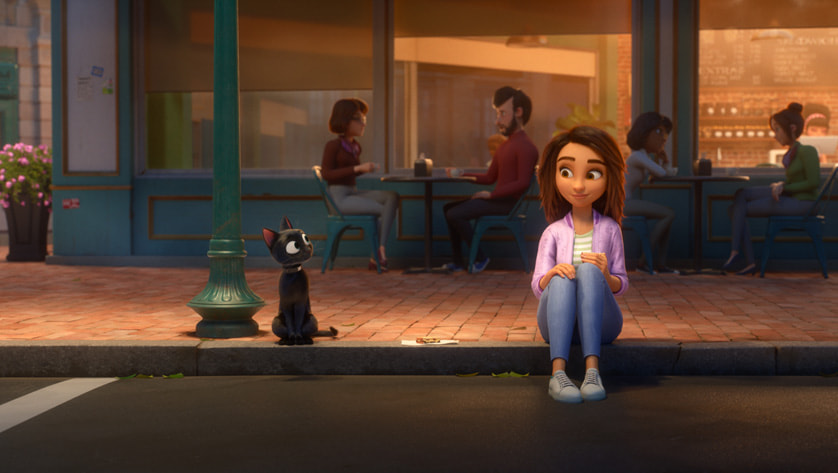 In researching luck, they discovered how obsessed people are with the concept, along with some interesting reversals. For example, black cats are considered good luck in Scotland, so they created a lucky Scottish black cat named Bob (Simon Pegg), who becomes Sam’s accomplice in obtaining a lucky penny in the magical land. Holmes said they also learned that “people like the idea of chance”: “Factually, if humans were given the [chance] to have all good luck, they wouldn’t choose it.”

After sharing all of their research on luck with production designer Fred Warter (a Disney vet who worked with Holmes on “Secret of the Wings”), the catalyst became the lucky penny. “Fred went away and the first image he did for the movie was two worlds sitting on opposite sides of the coin,” she added. The story drove everything else in the theme park-inspired worlds of Good Luck and Bad Luck.

Holmes, a former dancer and choreography, leaned into physical comedy from the outset to demonstrate the bizarre nature of Sam’s bad luck. Her main inspiration came from “I Love Lucy” and “The Carol Burnett Show.” She said Lasseter was instrumental in plussing story and animation. 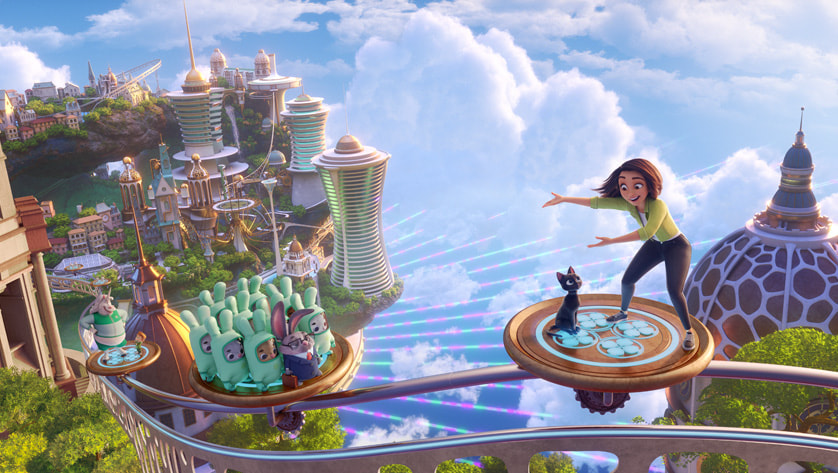 “So you call him into a Zoom meeting to pitch sequences, and John is able to really watch it as an audience member, even though he knows where we’re going with the story,” Holmes added. “And he always comes up with little ideas to make it better or funnier. In fact, John and David Ellison both came up with the idea of a bunny drone going back to the human world to try and retrieve the lucky penny. John actually sketched out the design of that bunny drone — ‘I can see it in my head,’ he said.”

The workflow for “Luck” was divided across three locations: L.A., Madrid (the hub), and Connecticut (comprised of former Blue Sky artists). “Madrid had different software from Connecticut and that added stress to the animation teams,” Holmes said. “That pipeline has been made more compatible on subsequent films. But we were the first ones so we uncovered all the things that weren’t working.”

Emma Thompson was hired to voice a character in “Luck” when Carloni was attached to direct, but left the project in protest of Lasseter’s hiring, detailing her decision in a letter to Skydance chief David Ellison. As Holmes, Murray, and Lasseter re-shaped “Luck,” the cast was rounded out by Pegg, Whoopi Goldberg, Flula Borg, Lil Rel Howery, longtime Pixar “good luck charm” John Ratzenberger, and Jane Fonda — the last of whom made a significant impact on her character, the six-legged, wingless dragon Babe. 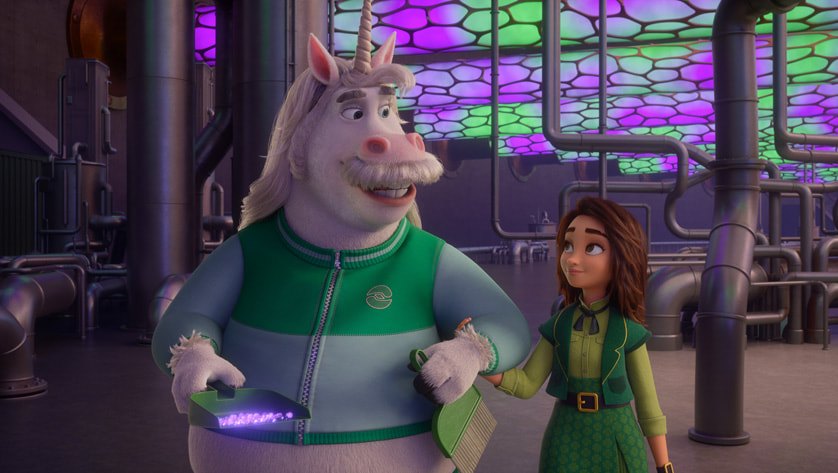 “We brought [Fonda] in early on and had the story artists pitch the sequences, wherever we were at the time, so that she could see what we were creating and how we iterate on story in animation,” Holmes said of the actress and activist, who voiced an animated feature for the first time. “And you could see her take on these poses that she was seeing from the story artists. So then, when we recorded, she remembered all that physical life. And, additionally, Jane came up with several ideas in that meeting that were so great for her character.”

When Fonda saw how long Babe’s tail was in the drawings, suggested wrapping it around her body like a boa, giving Land of Luck’s leader a majestic persona. “The other idea,” Holmes continued, “was when Sam sees Babe for the first time. We wanted her to be in awe of Babe and we wanted the dragon not really paying attention. So Jane goes, ‘I know what we should do: I should lower down in the elevator, Sam watches me go down, but then I come back up, I give her a little wink, and go back down.’ That was Jane’s moment. That was the beginning of their connection.”