Rylan was announced as the new face of Ready Steady Cook last year and joined Alex Jones and Matt Baker on The One Show today to discuss the new series. A man of many talents, the TV presenter also fronts his own BBC Radio 2 show and before conversation turned to the cookery programme, Matt revealed he’d pranked Rylan while he was live on air.

Rylan struggled to keep his composure just moments into his The One Show interview when Alex and Matt began discussing a guest he’d had on his radio show over the weekend.

The guest was supposedly a doctor from the United States who could guess what you’d eaten in the past hours just from the sound of your voice.

This super-talented guest managed to correctly guess Rylan had eaten a “meat feast pizza” as well as correctly revealing what his colleagues in the studio had eaten.

Alex told Rylan she’d heard the unbelievable predictions on the radio and that she had the doctor’s number in order to call him on air. 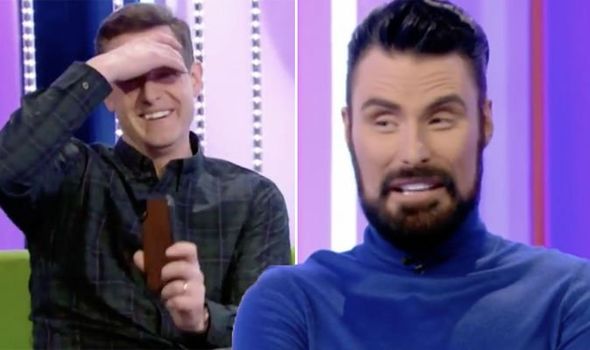 As the dealing tone could be heard in The One Show studio, an excitable Rylan looked overjoyed to be able to reconnect with his radio guest – until Matt’s phone began to ring.

Matt put on an American accent and answered his phone much to the astonishment of Rylan.

Rylan folded his arms as he shot a stern look at Matt who was left in fits of laughter while the rest of the studio laughed and applauded.

The Ready Steady Cook host even admitted: “I nearly lost every job at the BBC just then, I had to cover my mouth,” as he managed to avoid swearing. 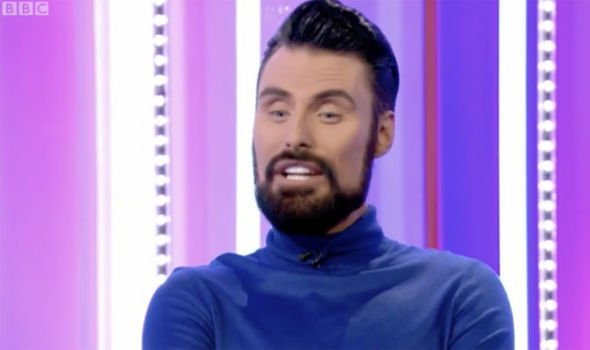 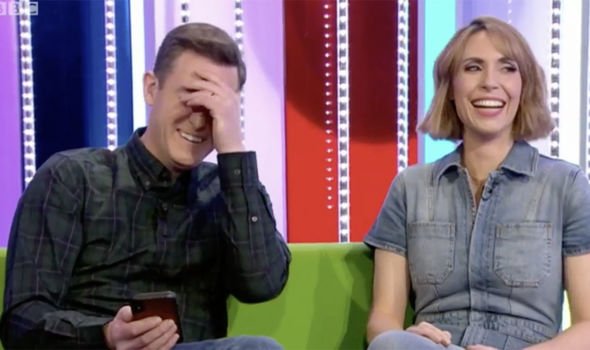 Rylan told Matt he had to apologise to all of his listeners who’ve been probing him for answers about the mysterious doctor.

He managed to compose himself as he joined in the joke with Matt and Alex, confessing he did have his doubts.

However, his suspicions weren’t aimed towards Matt but rather Ant and Dec who regularly prank guests on Ant and Dec’s Saturday Night Takeaway.

Matt and Alex then showed a clip from the BBC Radio 2 broadcast between Rylan and the ‘doctor’ to give viewers context.

When the camera returned to the studio, Rylan was still clearly annoyed he’d been bested by The One Show host, telling him he can put the clip “wherever he wants.”

Desperate for revenge, Rylan then issued a stark warning to Matt, telling him: “Just realise now, this is game on.”

Alex and Matt were both taken aback by Rylan’s threats, jokingly ooo-ing at his remarks.

Rylan continued: “I will get you back and it will be when you least expect it, Baker. I tell you that.”

Matt held his hand over his eyes before Rylan continued to vent his frustration.

He shouted: “I cannot believe this, I have been done!”

However, when Alex revealed the name of the doctor was actually an anagram of “I am Matt Baker,” Rylan jokingly threatened to walk out of the studios.

He said: “Do you know what? I’m going home,” before then teasing he was going to divorce his husband who was also in on the prank.

The One Show continues every weekday at 7pm on BBC One.