AS Simon Cowell steps down from TV, he’s only had glowing words for his replacement.

We told how Simon, 62, has picked Take That star Gary Barlow, 50, to fill his shoes for new ITV show Walk the Line while he takes an executive producer role. 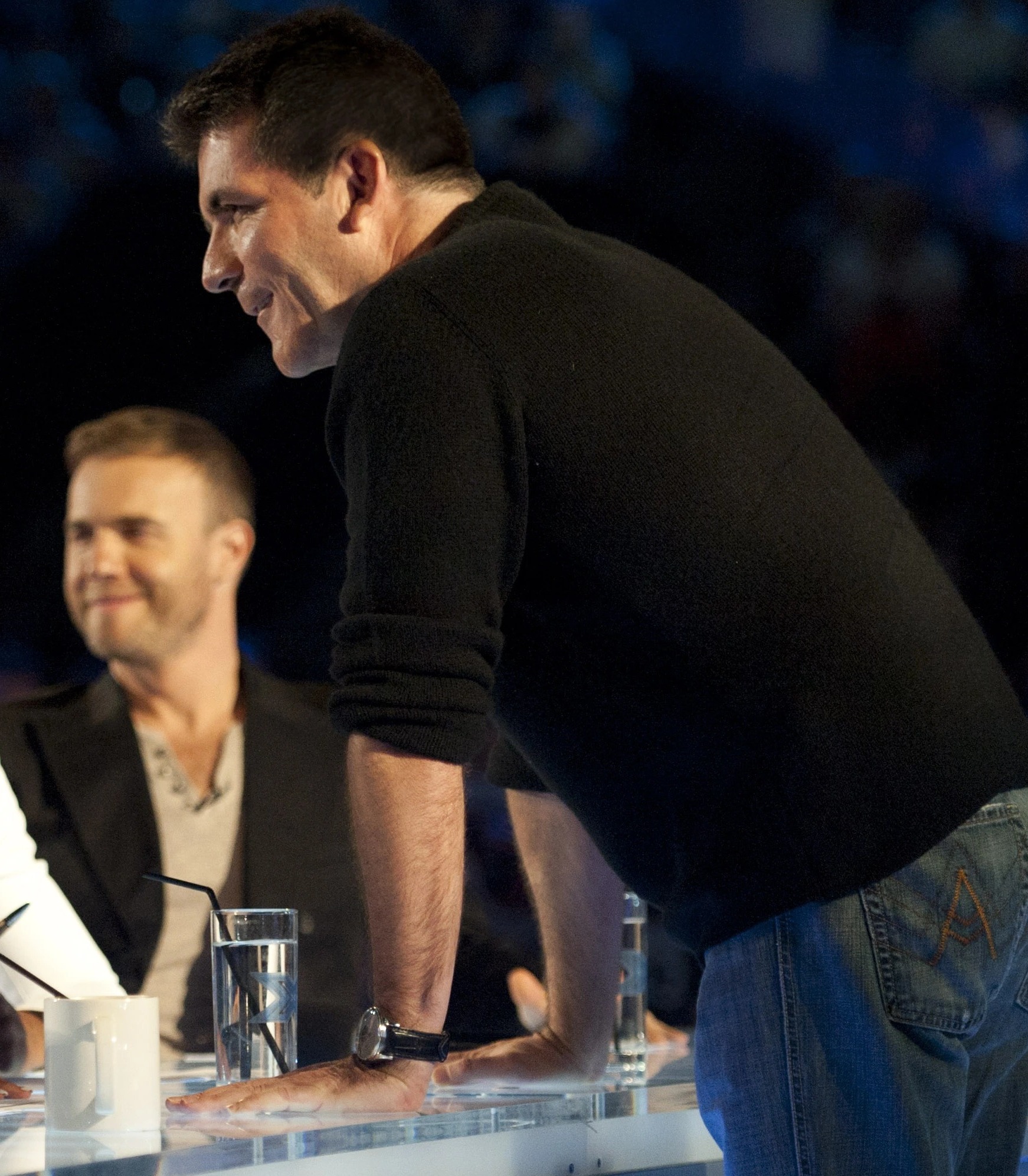 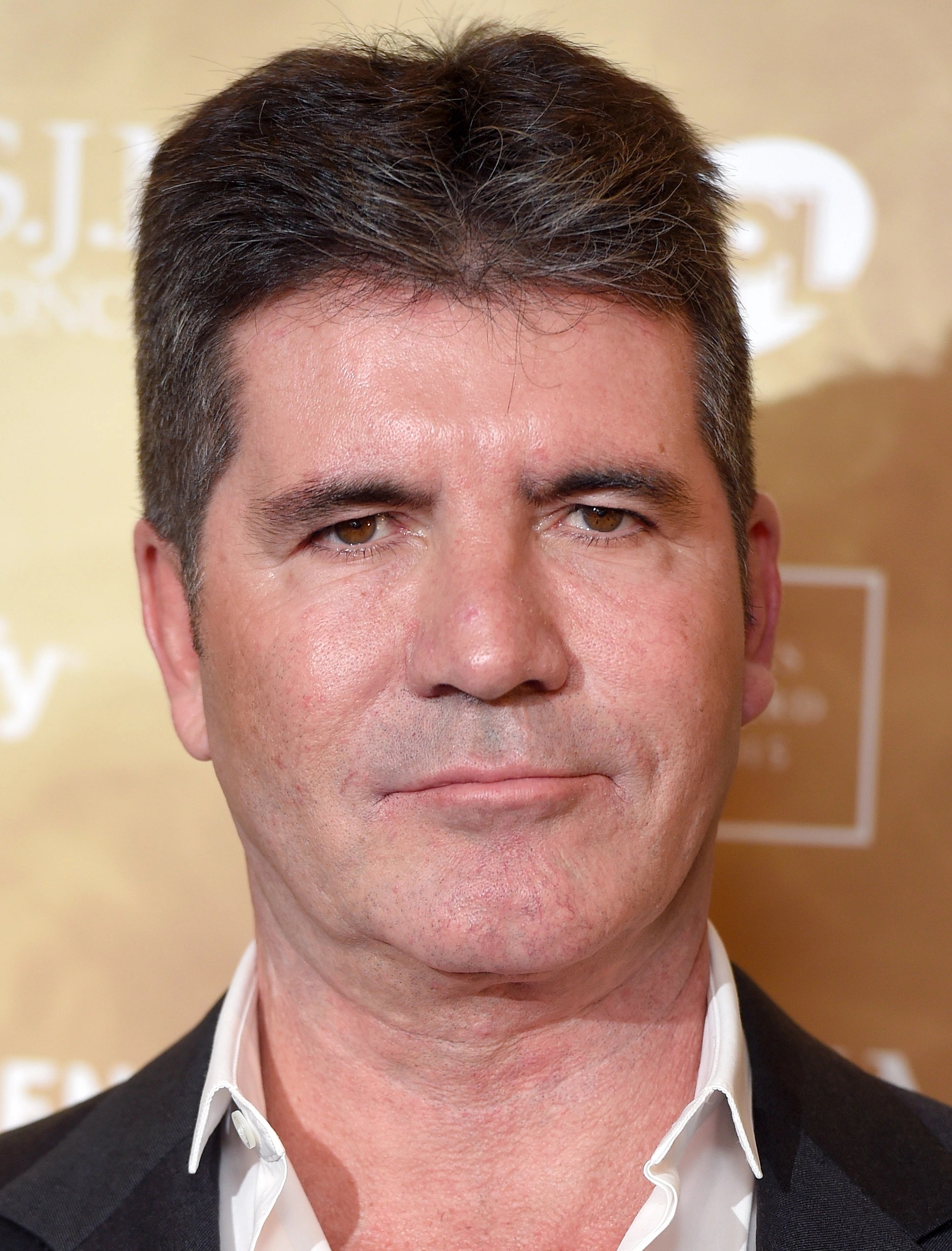 Simon said: “This is a situation where I have decided it is right for me to focus on my role as the creator and producer as we build up to the hugely exciting launch.

“Gary’s musical pedigree is second to none – and we have known each other a long time now – so I am delighted he is picking up the baton for me for the first series of Walk The Line. I know he will do a fantastic job.”

The Syco boss is taking a back seat 15 months after he had back surgery after an electric bike accident in 2020.

The Sun revealed he wants to spend more time with his partner Lauren Silverman, 44, and son Eric, seven.

But Gary and Simon’s relationship hasn’t always been quite so rosy.

Their working relationship began in 2011 when Gary replaced Simon as a judge on the X Factor.

Simon had filled a crucial role as the show’s straight talking judge since the series began in 2004.

With UK success, Simon had taken fellow judge Cheryl to the states to launch the series across the pond.

Host Dermot O’Leary told the BBC: "You expect him to say, 'thank you very much love I quite liked that' but he'll say, 'it was all going so well and then you started singing'."

But soon after hiring Gary, Simon reportedly became jealous of him receiving an OBE in 2012.

Cowell’s unauthorised biographer Tom Bower wrote: "The announcement that Barlow would receive an OBE for arranging the event added to his irritation. 'He chased that madly to get three initials after his name'.

"The ambitions of Barlow, he believed, were comical.

“Ever since Barlow had clawed his way back after a disastrous attempt to become a solo star, Cowell was niggled by his conviction that Barlow was bidding to establish a rival entertainment empire and, like Paul McCartney, secure a knighthood.

"He enjoyed snubbing the man who foolishly asserted that he was the top judge, not Louis Walsh, by texting his criticism about Barlow to others."

A source told The Sun: "Simon's make-up girl and hairdresser showed him a feature in Vogue that said Gary had the No.1 requested haircut.

"Simon read it, every single word, had a think and then sent her away to explore new hairstyles.

"Everyone was having a chuckle about it when they heard.

"He has spared no expense on the old research either. They are presenting him with computer-enhanced hairdos with his face attached for him to approve."

But after two series he was then dumped for Simon in 2012 but said he was leaving to focus on his music.

Gary said: "To be honest, I don't know if there is room in my diary for X Factor."

But in Tom Bower's biography Sweet Revenge, Cowell stated that he found Barlow "wooden" on the show.

The Syco mogul also reportedly blamed Barlow for a dip in the show’s ratings – taking viewing figures to 2006 levels.

A source told the Times in 2013: "Cowell doesn't think that he knows enough about who to choose from the auditions.

“The one thing he did after the 2010 show was to create One Direction, who are now the biggest pop group in the world."

But they remained friendly enough for Simon to invite Take That to perform on the X Factor as a trio after Jason Orange left in 2014.

But he made sure to get a dig in afterwards saying his contestant Stevi Richie should replace Jason.

He told The Sun: “The dancing was a bit iffy. Let’s put out a plea to Gary.

“Stevi in for… what’s his name? I can’t even remember his name. Oh, Jason.”

After the feud died down, Simon then reignited their beef by threatening to sue Barlow in 2017.

Gary had been planning a BBC talent show to find cast members for a Take That musical.

He was a judge as well as former X-Factor judge Dannii Minogue and Spandau Ballet singer Martin Kemp.

Nicole Scherzinger claimed he tried to poach her from the X Factor but Cowell offered her a fresh deal to stay.

But Simon believed the show was so close to X Factor and another of his music shows that it might infringe his rights.

Gary denied the show would be at all like Simon’s brainchild – saying there was no cash prize or recording contract.

In his denial, he let slip a detail on their personal relationship.

Gary said: “I’m not very close to him, I never have been, but this show is of no threat to any of his businesses.”

Simon then decided to let the law suit slide after lawyers advised him his case would be difficult to prove.

A source told The Sunday People: “Simon’s team was keeping a close eye on Gary’s show.

"They want to make sure that it’s completely different to his own projects. Simon has since been advised to abandon his case against Let It Shine.

“He is very serious when it comes to protecting the intellectual property of his shows. He trailblazed in the TV talent show sector and has to protect his brand.

“But it’s very hard to win these kind of cases and his legal team has gone back to him to say any action would most likely be fruitless.” 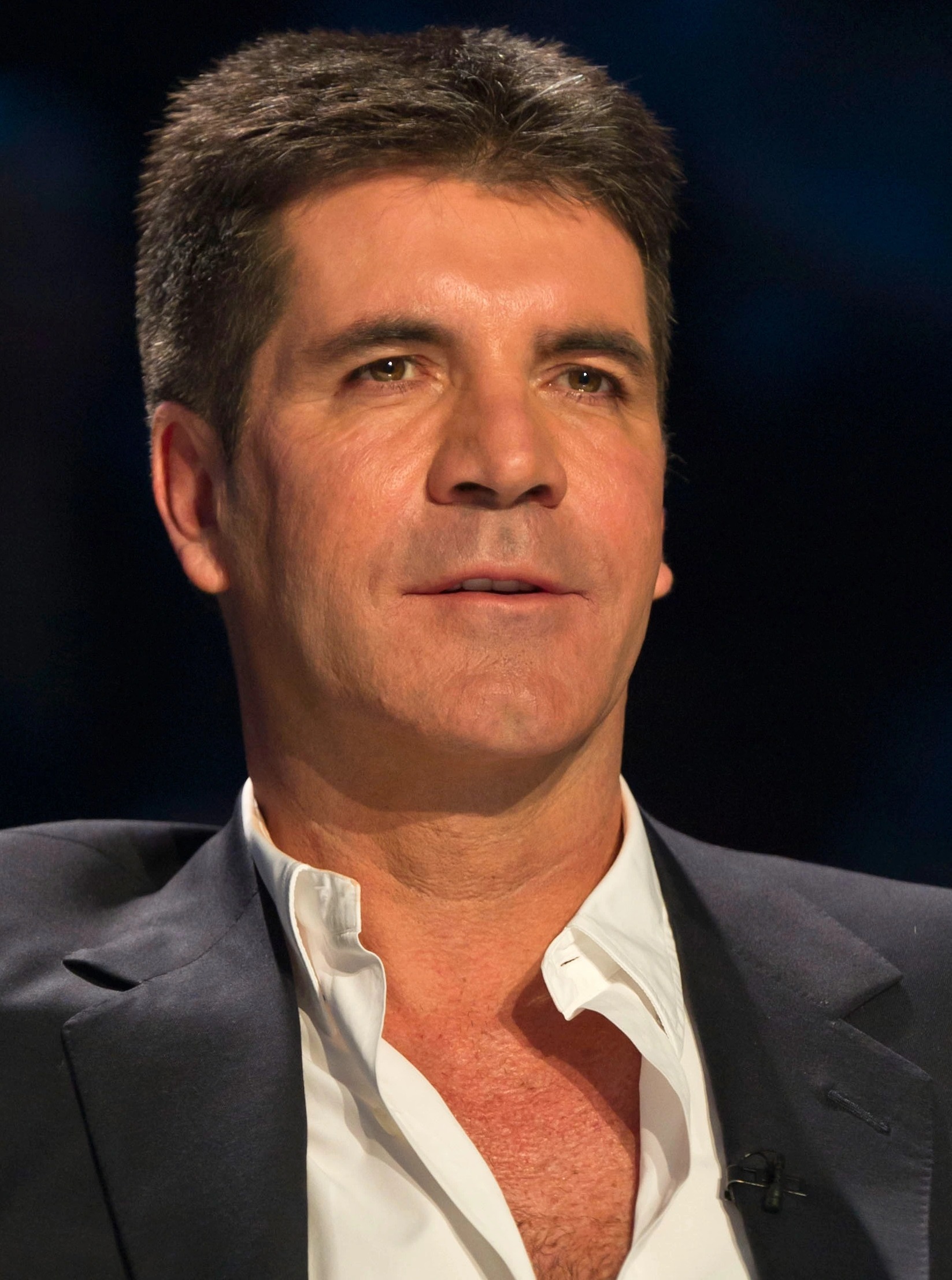 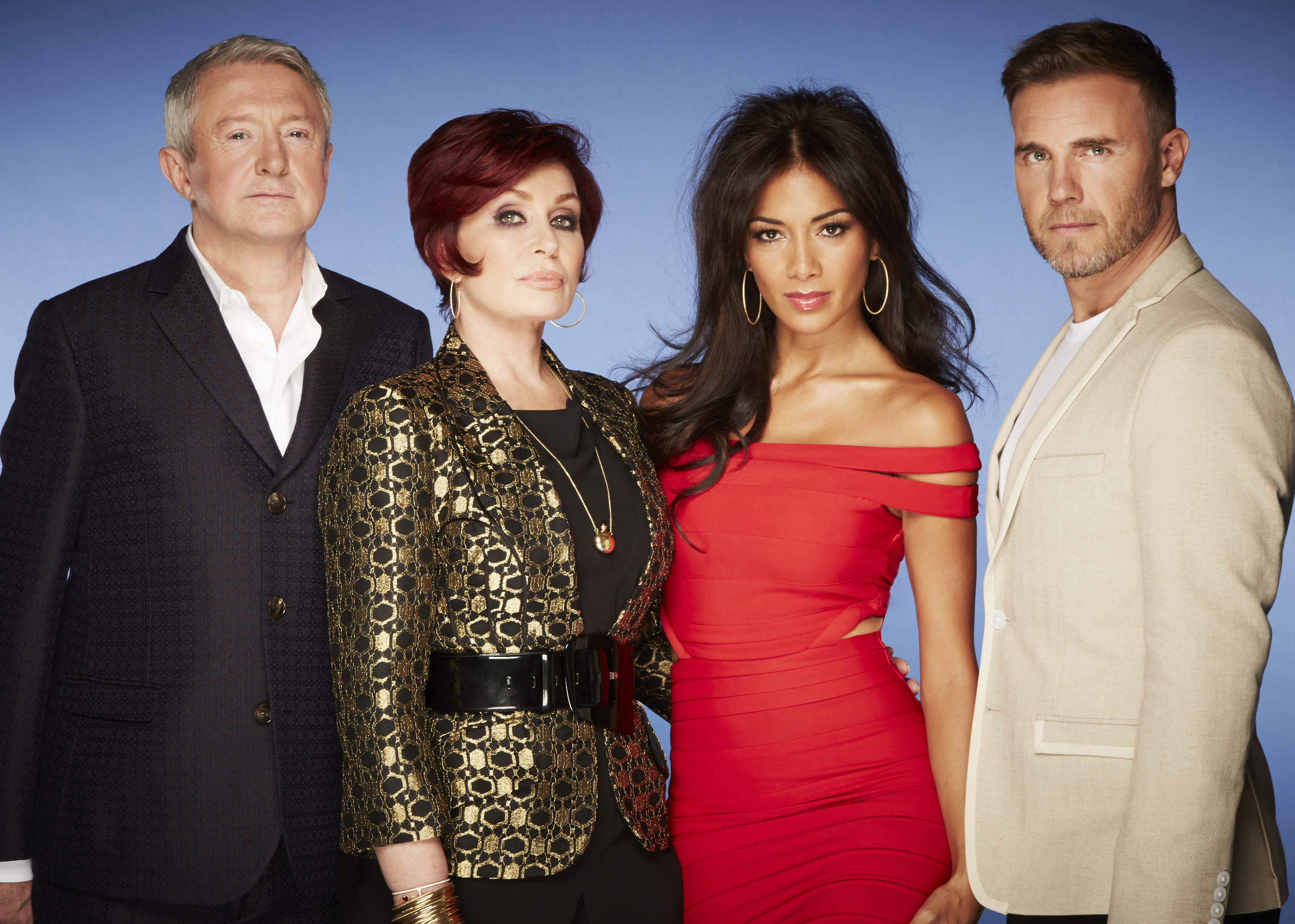 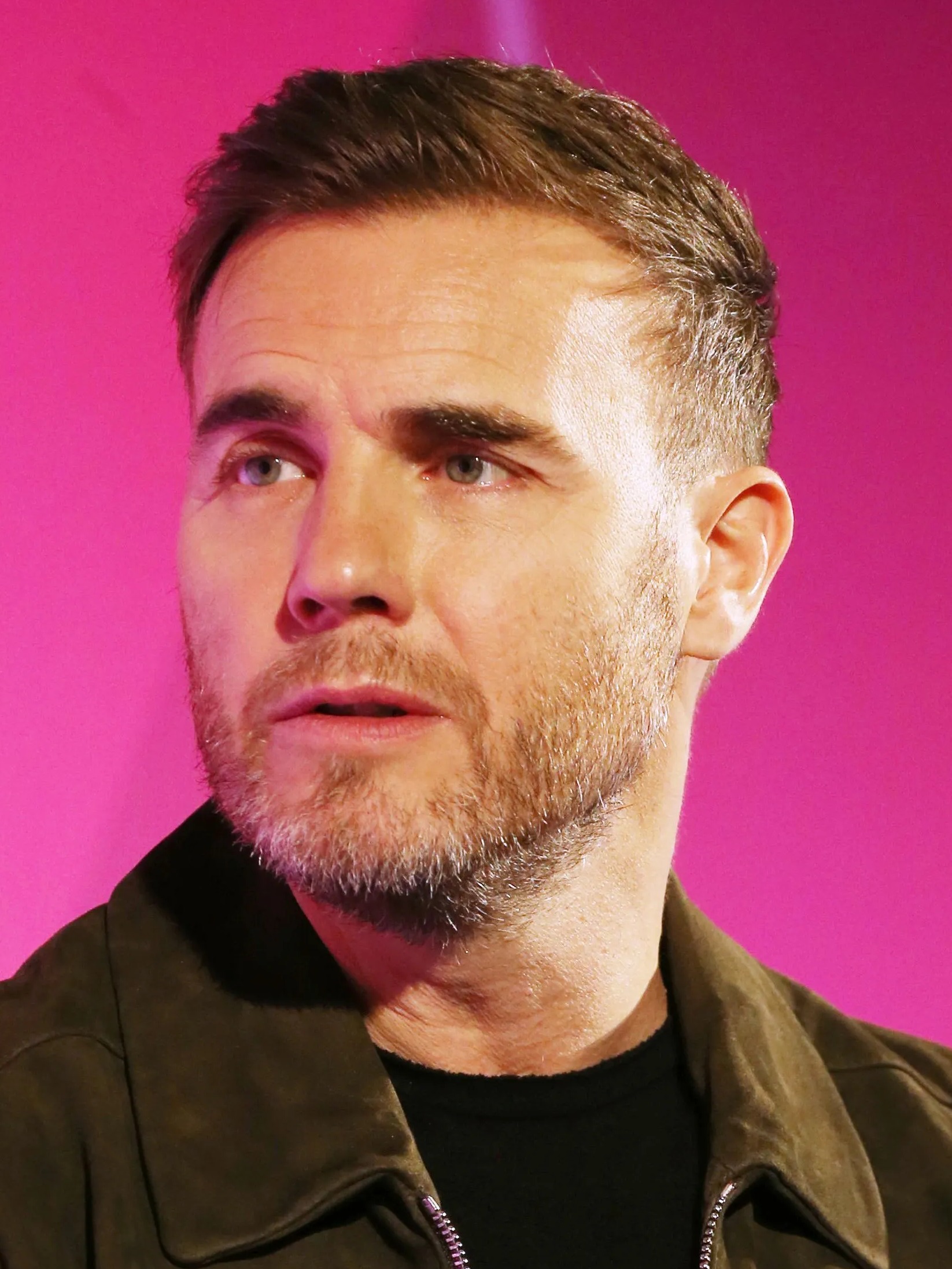