Ghost Hunters, and similar adventurous shows like it, are an interesting section of reality TV.

Groups of paranormal investigators lock themselves in supposedly haunted locations for a night, and run around with night-vision cameras with the hope of finding evidence of a ghost. Did they hear the spirit of a little girl long past, or was it the sound of pipes creaking in a hundred-year-old building? Some fans believe that the show has provided proof of ghosts existence, while others do not.

Fans of the series have differing opinions on how the show answered that question.

What is ‘Ghost Hunters?’ 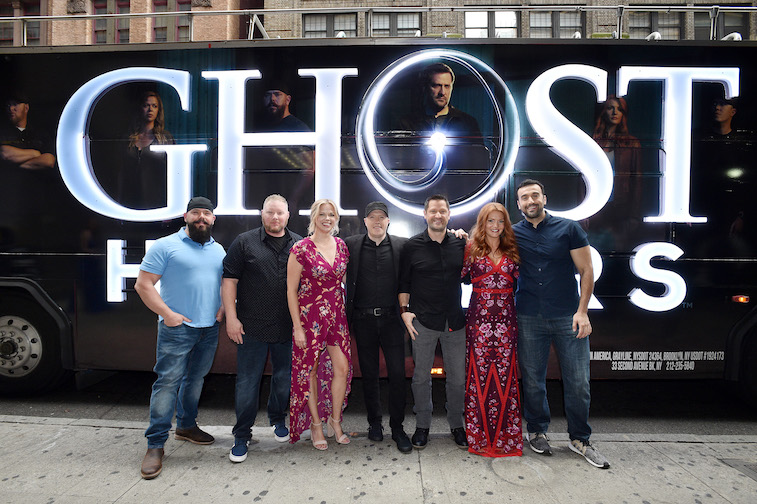 RELATED: ‘Grey’s Anatomy’ Star Camilla Luddington Says She Would be a Ghost Hunter if She Wasn’t an Actress

Before the two investigators began their show, Hawes and Wilson formed the group The Atlantic Paranormal Society (TAPS). Their goal was to find a more scientific form of paranormal exploration.

The two then began to film their ghost hunts, and the aptly named Ghost Hunters was born. Ghost Hunters ran on both the A&E and Syfy networks from 2004 to 2016, with an 11 episode revival in 2019 with two special events. The show’s attempt to document proof of the supernatural led them to a variety of haunted locations across America.

Besides Hawes and Wilson, the show has featured a rotating crew of additional investigators. Wilson left the show in 2012, and a series of replacements continued the hunt with Hawes. Wilson was the star of the 2019 revival, but Hawes was not included.

One of the show’s investigators, Donna LaCroix, has spoken out about what really happened on the show. According to Screen Rant, LaCroix has said that Wilson and Hawes severely mistreated the show’s crew to the point of mental abuse, and that there was staging area in locations with the purpose of fabricating paranormal evidence.

Is ‘Ghost Hunters’ real or fake?

The investigators have compiled years of audio and video evidence that they say prove the existence of the paranormal. To assist in their quest, a variety of ghost hunting equipment is often used. These devices include electronic voice phenomenon (EVP) recorders and electromagnetic field (EMF) meters.

These forms of technology are not always reliable, as The Atlantic broke down the ways that EMF devices frequently exhibit a false-positive result for things like wiring in a building wall. The show also utilizes a variety of abnormal ghost finding tactics, which include weather balloons, crepe paper, and talcum powder.

While the show attempts to find scientific methods of proof, the investigators also rely on feelings of cold chills, and a mysterious energy that passes through them. Perhaps the most compelling evidence that the show is not entirely truthful comments that Wilson made after his exit of the show.

In an interview with Den of Geek, Wilson said that he felt that the show began to “rely on gimmick” and it felt like they were “beating a dead horse.”

Wilson did not say that they faked any paranormal evidence, but his comments have led some to question the show’s truthfulness.

Fans weigh in on the show’s validity

Some fans say that the show has provided sufficient proof that the hunters have found ghosts. Others strongly disagree.

One of the main points of digression on various internet chats, including this Reddit thread, revolves around the validity of psychic feeling when in the presence of spirits. In one episode, the Ghost Hunters crew showed a variety of children psychically communicating with spirits, which has caused a slew of discussion.

In a time when audio and video can be so easily and effectively edited, it is hard to know what viewers see and hear can be trusted in any form of media. The discussion of whether ghost hunting shows find proof, and if ghosts themselves are real, will likely rage on the internet for its entire existence.

Those who claim to see a ghost will hold that terrifying belief, while doubters will struggle to believe or understand. Perhaps someday, a paranormal investigator will have a piece of evidence so convincing, the hunt for ghosts will no longer be needed.