A new interview with David Lynch is earning quite a bit of buzz for the director saying he has “zero interest” in Denis Villeneuve’s upcoming “Dune,” but anyone familiar with the “Mulholland Drive” and “Twin Peaks” filmmaker shouldn’t be too surprised by the revelation. Lynch became the first director to bring Frank Herbert’s legendary 1965 science-fiction novel to the big screen with his 1985 film adaptation (Alejandro Jodorowsky famously tried and failed to do so in the 1970s). Lynch was coming off the critical and commercial success of “The Elephant Man” at the time, which earned the filmmaker his first Oscar nomination for Best Director, but “Dune” was such a disaster that it nearly ruined him.

“I always say, ‘Dune’ is a huge gigantic sadness in my life,” Lynch said last summer during the opening night of his art exhibition in the United Kingdom, “I did not have final cut on that film. Total creative control, I didn’t have it. The film is not the film I would’ve made had I had that final control. It’s a bit of a sadness.”

Lynch has been a vocal detractor of his own “Dune” film since its release in 1985, going so far as wanting to remove his name off the final theatrical cut. Some longer cuts of the film that feature an extended introduction with still illustrations even replace Lynch’s name in the end credits with that of Alan Smithee, the industry pseudonym used by filmmakers who wish not to be associated with their films. Lynch spent three years making “Dune,” only for producers and financiers to get in the way of his creative vision. As cast member Brad Dourif once said, Lynch had to cut some of the “most gorgeous” sequences from his script because producers refused to give Lynch the money to film them. The tightening of the budget also forced Lynch to be complacent with shoddy visual effects and a more cheap-looking production.

During many interviews throughout his career, Lynch has expressed sadness when the topic of “Dune” is brought up. “It wouldn’t be fair to say it was a total nightmare, but it was maybe 75 percent a nightmare,” the director once said. “I had such a great time in Mexico City, the greatest crew. It was beautiful. But when you don’t have final cut, why did I do it? I don’t know. When you don’t have final cut, total creative freedom, you stand to die the death. Die the death. And dying I did.”

Lynch’s “Dune” was released by Universal Studios in December 1984 and was a notorious box office flop, grossing well under its production budget in North America. The box office numbers couldn’t compare to the hurt Lynch felt over getting creative control stripped away from him. The director said in a 2018 interview that he was no stranger to box office flops in his career, but he could make peace with a film like “Twin Peaks: Fire Walk With Me” not being commercially successful because at least that was the movie he wanted to make. 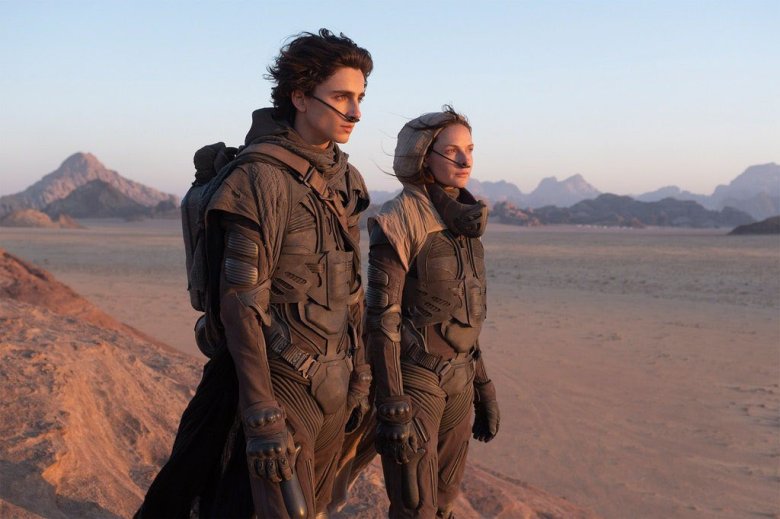 “With ‘Dune,’ I sold out on that early on, because I didn’t have final cut, and it was a commercial failure, so I died two times with that,” Lynch said. “With ‘Fire Walk With Me,’ it didn’t go over well at the time, but I loved it so I only died once, for the commercial failure and the reviews and things.”

Considering Lynch has never been able to heal from the wounds he got from making “Dune,” it should surprise no one to hear he has no interest in Villeneuve’s upcoming two-part “Dune” adaptation. For what it’s worth, Villeneuve paid no attention to Lynch’s “Dune” while making his own movie, which stars Timothee Chalamet in the lead role.

“David Lynch did an adaptation in the ’80s that has some very strong qualities. I mean, David Lynch is one of the best filmmakers alive, I have massive respect for him,” Villeneuve said in a 2017 interview. “But when I saw his adaptation, I was impressed, but it was not what I had dreamed of, so I’m trying to make the adaptation of my dreams. It will not have any link with the David Lynch movie. I’m going back to the book, and going to the images that came out when I read it.”