It’s Always Sunny in Philadelphia has made it to 15 seasons without spending a lot. Sure, the cast and creators of the comedy all make more now than when they shot a pilot for $200, but it’s low maintenance. This season has one episode that proved to be the most expensive in the show’s history .

In most modern production, a lot of the visual effects work is invisible. Backgrounds are added, things are removed from frames just so it looks normal. Day said It’s Always Sunny in Philadelphia employs visual effects more often than you think.

“We should give credit to John Myers, who does our visual effects and has done them for several years, because there’s probably more visual effects than you realize,” Day said. “We are not a heavy visual-effects show, but there’s always a little something he’s correcting or adding. And he made it pretty easy on us where he was saying, ‘Don’t worry about this. Don’t worry about that. It’s all going to work and look good.’ And it, kind of, blew me away with what a good job he did.”

No actual monkeys were involved in the episode “The Gang Replaces Dee with a Monkey.” Although classic shows like Friends employed a monkey, and The Hangover’s Crystal also landed some TV work, Hollywood has moved to stop using primates in production for ethical reasons. Y: The Last Man also used a CGI monkey, so It’s Always Sunny in Philadelphia followed suit even though it added a major cost to the episode. 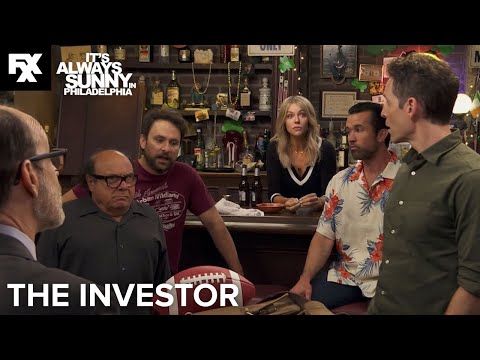 “Also, a credit to FX and Disney, really both stepping up in a big way for us because that’s not something we could normally afford,” McElhenney said. “And, so, when we conceived the episode and wrote the episode, we just assumed that we would be working with an animal, which we’ve done in the past. And then it came down that it was a Disney policy, which had changed a few years ago, to not work with primates, which we obviously respect.”

FX was a subsidiary of 20th Century Fox when Disney bought the studio. Bot the network and the studio assuaged McElhenney’s worry they’d have to scrap the episode, which would have been a shame. The world needs to see a monkey tend bar at Paddy’s Pub.

“But then, we were, like, ‘What do we do? We have this episode that we think would be really great. We can’t necessarily afford it,’” McElhenney said. “And I think, within an hour of posing that problem to FX, we got the call back that they were going to cover the cost entirely, which was really great and really the only way that we could do it.”

DeVito is no stranger to visual effects. He’s been in a Batman and Jumanji movie and directed Matilda. He joked about the monkey visual effect for It’s Always Sunny in Philadelphia.

Green is a big visual effect color. Green screens can be replaced by other backgrounds in the computer. VFX artists also use tennis balls to provide eyelines for the actors on set.