This Morning continued this week and Holly Willoughby and Phillip Schofield were back to try and cheer up the nation during the lockdown. Holly introduced James Martin onto the show and said he would be showing the viewers how to make the perfect batter with a rather unexpected twist.

James began by showing the viewers how he made his batter in case they wanted to try it for their supper.

He said: “One of your guys up in London wanted to know the best batter to use for fish, so I’ve got a piece of haddock here which is the classic one for fish and chips really.

“First of all the batter, I’ve got some flour and cornflour.

“Now, I have a selection of things here and I know you two like a gin and tonic.” 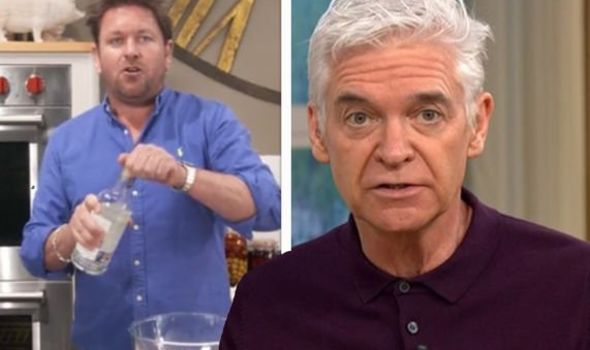 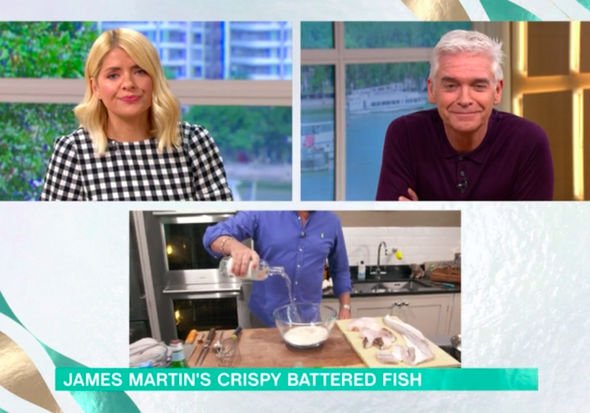 The chef grabbed a bottle of gin leaving Holly and Phil stunned when he poured it straight into the bowl with the flour.

He continued: “So, a little bit of gin and some tonic goes into the flour and if you make this batter with gin and tonic it tastes amazing.”

Phillip asked if using gin was better than using beer batter, completely confused by the idea of using the spirit to batter a piece of fish.

James explained: “You can use a beer batter, sometimes with beer you have to put a bit of yeast in there. 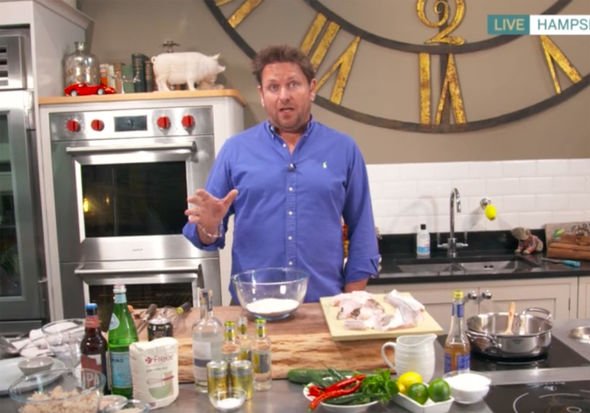 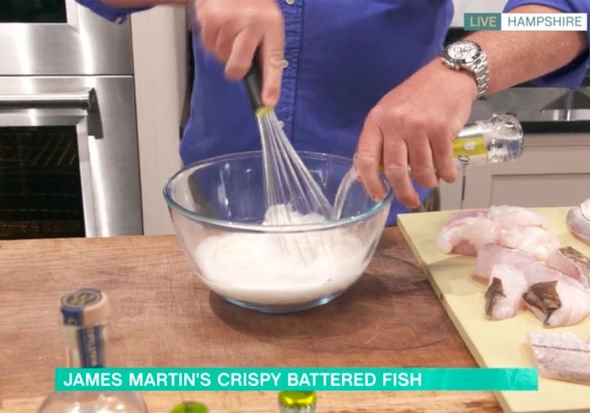 “You can use beer but it’s quite heavy so I would opt for this one or use cider that tastes amazing as well.”

James went on to submerge his pieces of fish in the batter and quickly got them in the deep fat fryer making Holly and Phillip jealous they wouldn’t be eating it.

When he got the fish out it was perfectly crisp and crunchy with Holly noting she wished that’s what she was having for her lunch.

Phillip said: “James, can you just take a bite into that so we can hear what it sounds like?”

The chef did as Phillip told James he hated him, but James just held up his actual gin and tonic to cheer them both.

One viewer tweeted: “#ThisMorning who is wasting Gin putting it in a batter. Drink it and pop to the chippy, most are open now.”

Another said: “Gin and tonic batter??? Why stop there, why not rum and coke batter??? #ThisMorning”

One more said: “I thought James Martin could do no wrong until he just put cucumber in the gin ffs #ThisMorning.”

Some viewers loved the idea, as one explained: “Loved this! G&T batter…who’d have thought it? I’m a veggie but fish is the only thing I miss, this looked good J.”

“Oh, wow, I’m making this!  May swap my precious gin for hubby’s cider though,” added another.

This Morning airs on ITV weekdays at 10am.