Things turned rather awkward on Thursday’s Loose Women when Kaye Adams put to the panel reports on the ideal formula to class someone as a friend. Despite working together on the ITV show for two decades, the former Strictly star was gobsmacked when co-star Carol McGiffin admitted she wouldn’t class the panel as her friends, and Brenda Edwards and Nadia Sawalha were both equally surprised.

The moment came after Kaye brought up the fact she’s worked closely with Carol for so many years and so must be close pals.

“Yeah, I suppose it does,” Carol sarcastically replied as the Loose Women crowd erupted into laughter.

After the panel also shared a laugh, Carol clarified: “I do think that there’s a fine line between friends and acquaintances.”

“Are you gonna tell me I’m on the other side of it,” Kaye probed as the conversation took a turn. 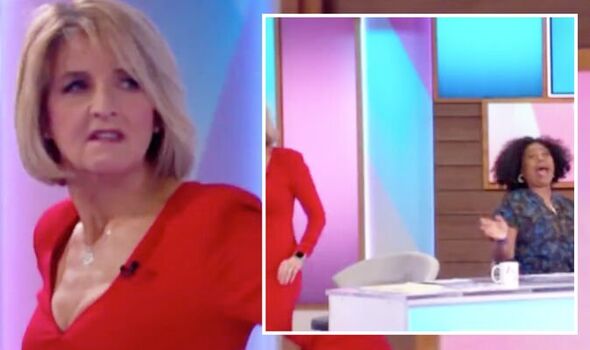 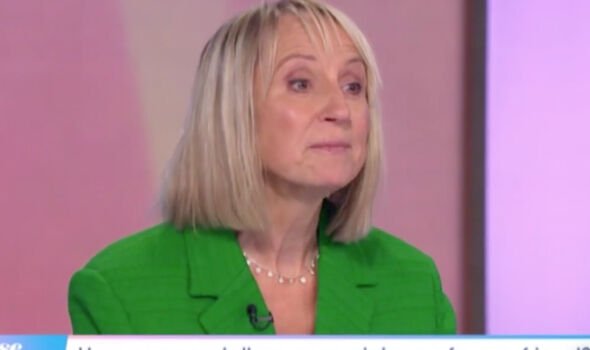 Carol replied: “Well, no, no I’m not, but it is kind of just semantics in a way, it doesn’t matter what…”

Nadia then interjected to try and get a concrete answer from her co-star: “So are we your friends, Carol?”

“Well, I wouldn’t class you as actual…” Carol tried to reply before the audience interrupted with loud gasps.

“What?!” Nadia yelled as everyone was stunned by Carol’s response. 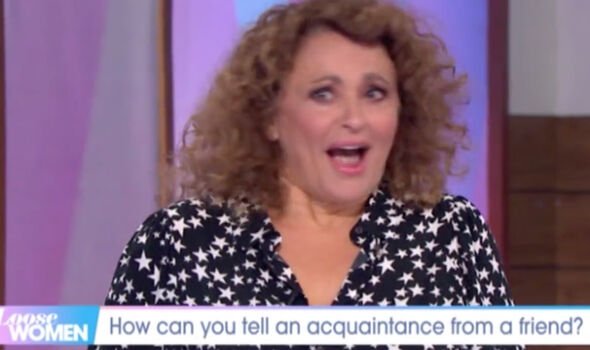 Brenda tried to alleviate the situation as she weighed in: “Don’t worry about that, I don’t class Carol as a friend either, it’s alright.”

“It’s all kicking off!” Nadia screamed as Kaye got off her feet and pretended to walk off.

Kaye shot a stern look to the camera as everyone laughed before returning to her seat to hear what Carol had to say.

“Kaye, are you my friend?” Nadia yelled as Carol cut in: “You two are great, you’re best friends I think!”

Carol continued: “I spend more time with you than I do with my greatest friends and some of my friends I’ve known for 35 or 40 years!”

Despite the shock at Carol’s remarks, Brenda appeared to side with her as she admitted that “work friends” can lose contact over the years.

And while the panel was divided, it sounds like fans at home were equally split.

Meanwhile, Jill Beddoes weighed in: “I take Brenda’s point. I had work friends who when I left that job exchange birthday cards with but the meeting for coffee got less and less and eventually stopped.

“I think thats natural. Life moves on and we meet different people. #LooseWomen.”