The Fast and the Furious started as a little action flick about cars that go vroom and the boys who love them and now we’re going to space, and it doesn’t feel that absurd. (It feels absurd, just not that absurd.) Twenty years, nine films and one spinoff later, The Fast Saga is a gearhead opus that has more in common with The Skywalker Saga than Gone in 60 Seconds: A billion-dollar mega-franchise with sprawling mythology, a nearly incomprehensible timeline and endless daddy issues.

It’s a lot! And with F9 out on Friday — a year later than it was initially slated to hit theaters — you may find yourself suddenly thinking, “Wait, who is that?” “What’s his whole deal again?” “And is he good or bad or it doesn’t matter?” With a cast that’s bigger than ever, below, we’re running down who’s who of both the furious and the fast. 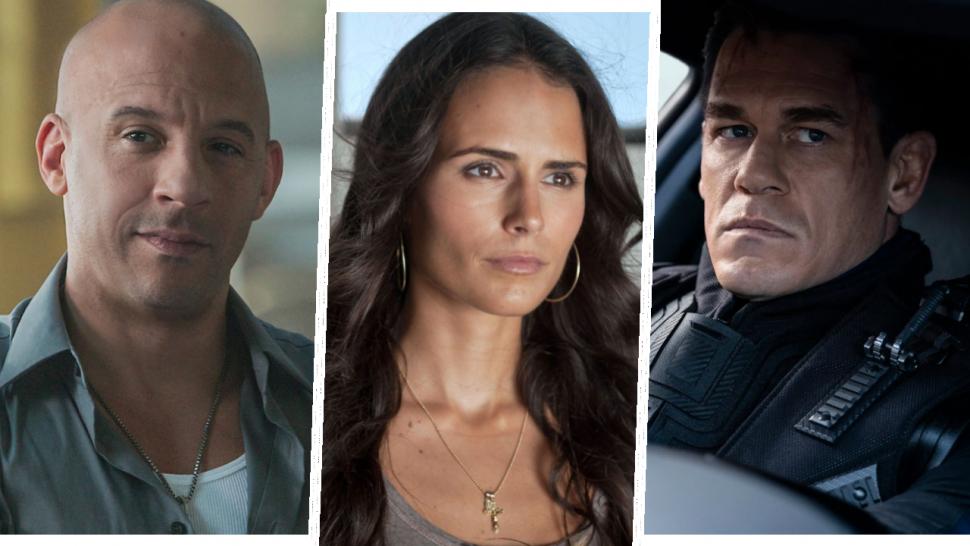 Dominic Toretto (Vin Diesel): No character in cinema history has had as insane an arc as Dom, who went from street racer and carjacker to full-on international spy and world-saving superhero. As of F8, he’s also a father to a son named Brian. (The mother of said son is not wife Letty, but Elsa Pataky’s Officer Elena Neves, who is killed off by Cipher.)

Mia Toretto (Jordana Brewster): Family means a lot of things in Fast-verse, but Mia is actually biologically related to Dom — she’s his little sister, who ends up getting together with his best friend, Brian, and having two kids, Jack and Olivia.

Jakob Toretto (John Cena): Though he’s never been mentioned in any of the films leading up to F9, Jakob is Dom’s long-lost little brother, with a storied past that explains why the Torettos are not only estranged but how Jakob became a super-assassin. (Think: Evil Dom.) 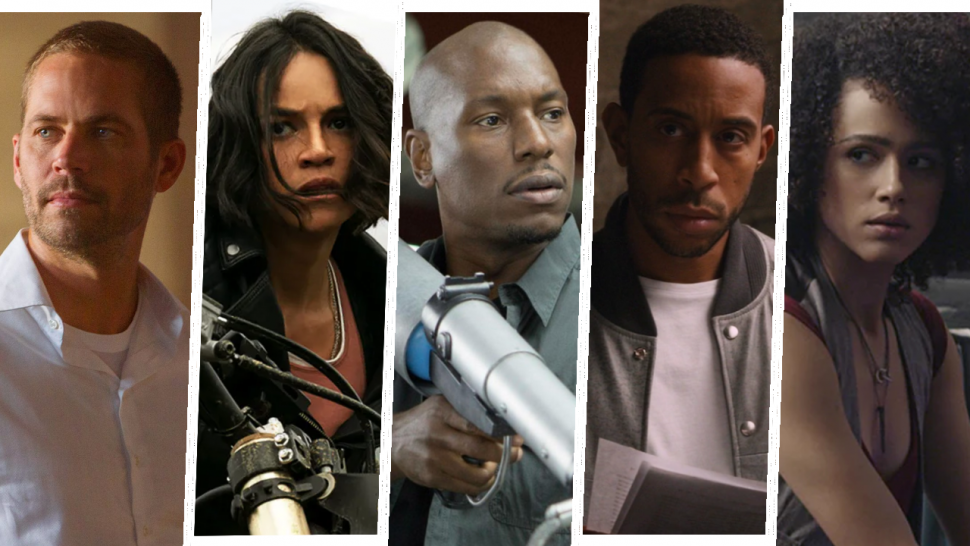 Brian O’Conner (Paul Walker): An undercover cop-turned-street racing outlaw-turned-FBI agent-turned spy. When Walker died during the filming of Furious 7, Brian retired from the fast and furious life, but is still very much alive and living offscreen in the Fast-verse, raising his kids.

Letty Ortiz (Michelle Rodriguez): Dom’s longtime ride or die, Letty has gone through a hell of a lot, getting “murdered,” going undercover, overcoming amnesia, etcetera. Now, she is married to Dom and surrogate mother to his son, though she’s still all about that saving-the-world life.

Roman Pearce (Tyrese Gibson): Though now a full-fledged member of the Family, Roman was brought into the series as a childhood friend of Brian’s in 2 Fast 2 Furious. He doesn’t have a strict role on the team beyond comic relief and somebody to comment on how ridiculous everything is, which keeps him pretty busy.

Tej Parker (Chris “Ludacris” Bridges): Dom aside, Tej has made the biggest career leap, graduating from owner of a Miami garage and talented mechanic to someone who regularly hacks government security systems and other top-secret databases and acts as the team’s tech guy.

Ramsey (Nathalie Emmanuel): The newest member of the Family, Ramsey (last name unknown) is a master hacker introduced in F7 as the developer of that movie’s all-powerful McGuffin. Though both Roman and Tej make moves on Ramsey, she friend zones them both. 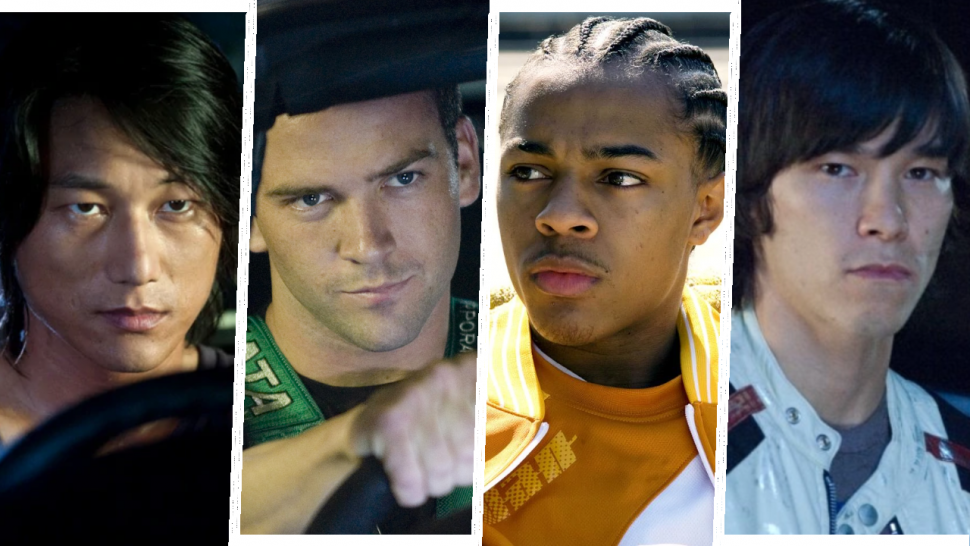 Han Lue (Sung Kang): Despite originating as the black sheep of The Fast Saga, Han became a fan-favorite and when he died in a car wreck at the end of Tokyo Drift — revealed to be caused by Jason Statham’s Deckard Shaw — only to be resurrected in F9, the fanbase officially called for #JusticeForHan.

Sean Boswell (Lucas Black): Before Diesel took over the franchise and pivoted into what the Fast films are now, Black momentarily took the lead as a high school drag racer sent to Tokyo to avoid further trouble. There, he finds a mentor in Han and eventually races Dom himself.

Twinkie (Bow Wow): The unfortunately nicknamed Twinkie is the glue between Sean and Han’s crew, a small-time grifter and hustler who also moonlights as a mechanic.

Earl (Jason Tobin): Earl is a minor sidekick in Tokyo Drift — tuning cars on Han’s crew and being a general whiz with all sorts of automobile things — but he gets more screen time to do his thang come F9. 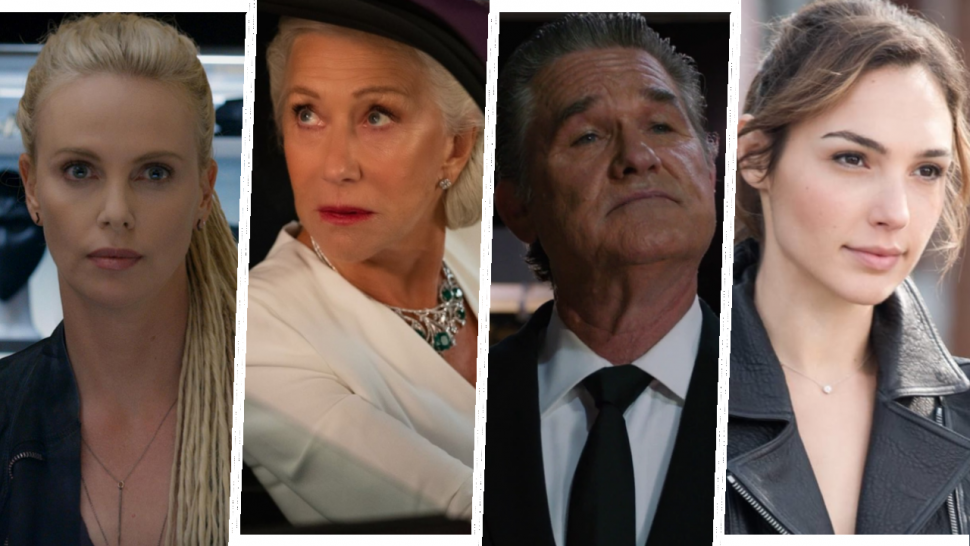 Cipher (Charlize Theron): First introduced in F8 as a white woman with dreadlocks and a cyberterrorist, Cipher has seemingly become the big bad of the entire series. (She now has a bowl cut.) “I can almost guarantee that Cipher will never turn and become a good person,” Theron recently told ET. “I think we can guarantee [she will] remain a psychopath.”

Magdalene Shaw (Helen Mirren): Who better than a Dame to play a criminal mastermind called Queenie? Though she often appears as an ally to Dom, in the greater Fast universe, she’s mother to MI6 agent daughter Hattie (Vanessa Kirby), and bad guy sons Owen (Luke Evans) and Deckard (Statham).

Mr. Nobody (Kurt Russell): There’s not much to say about Mr. Nobody — that’s the point — but basically, he’s a covert suit who gives the teams their missions and sometimes helps them fake their own deaths. Not to be confused with Little Nobody (Scott Eastwood), who’s still around somewhere.

Gisele Yashar (Gal Gadot): Before joining the DCEU, Gadot was part of the F&FU, introduced in F4 as a former Mossad agent who joins up with Dom’s gang and becomes Han’s love interest. Currently, Gisele is dead — she sacrificed herself to save Han at the end of F6 — but how long is anyone really dead in these movies?

The One Not in This Movie 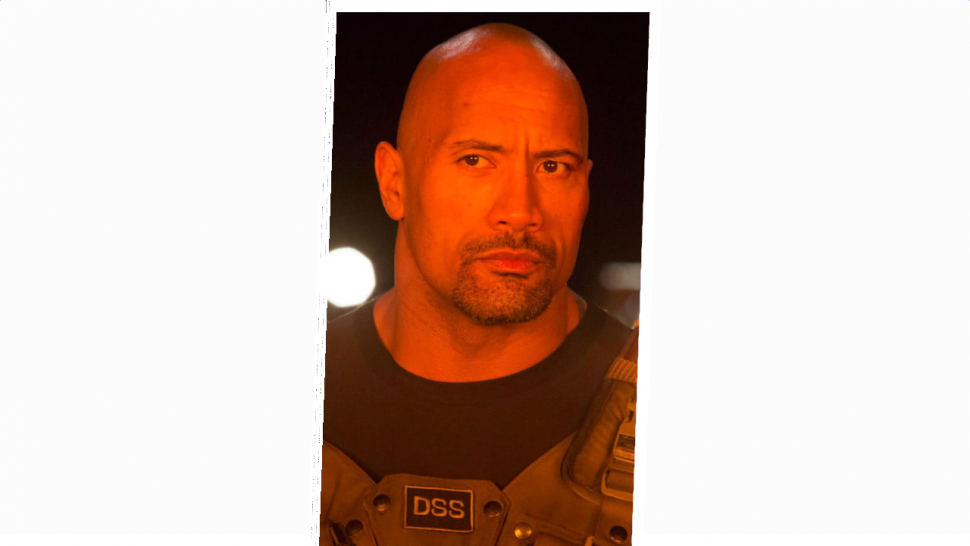 Luke Hobbs (Dwayne Johnson): A Diplomatic Security Service agent who joins F5 as a foil for Dom and his gang, Hobbs and his cast-breaking biceps eventually come around on the Family. Offscreen, perhaps not so much, as Johnson’s “candy ass” callouts and Diesel’s “tough love” sent Hobbs to his own spinoff without any sign of him in F9.