KOURTNEY Kardashian posed in just a bra and showed off her diamond-encrusted teeth.

The 42-year-old took to Instagram on Thursday to flaunt the look. 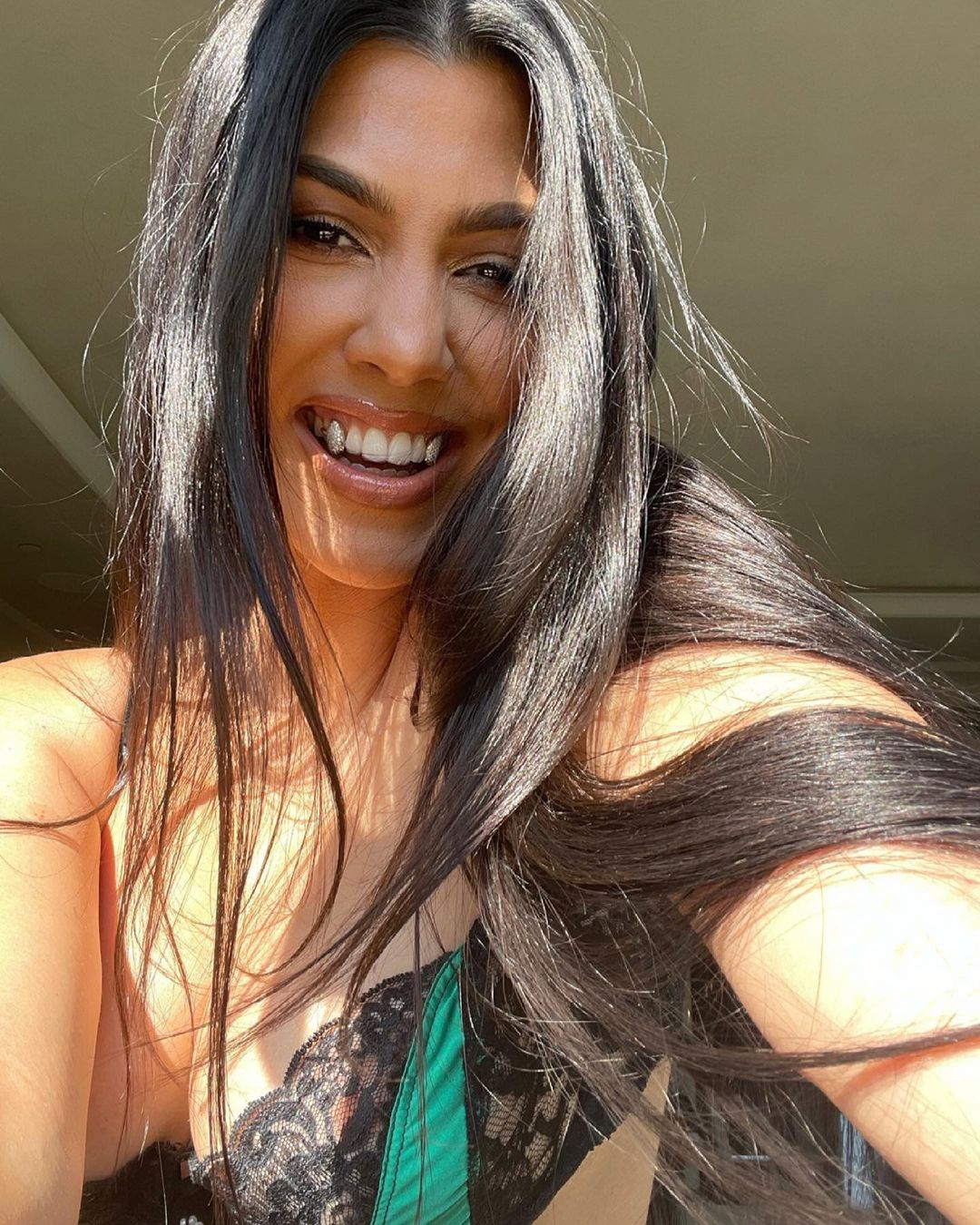 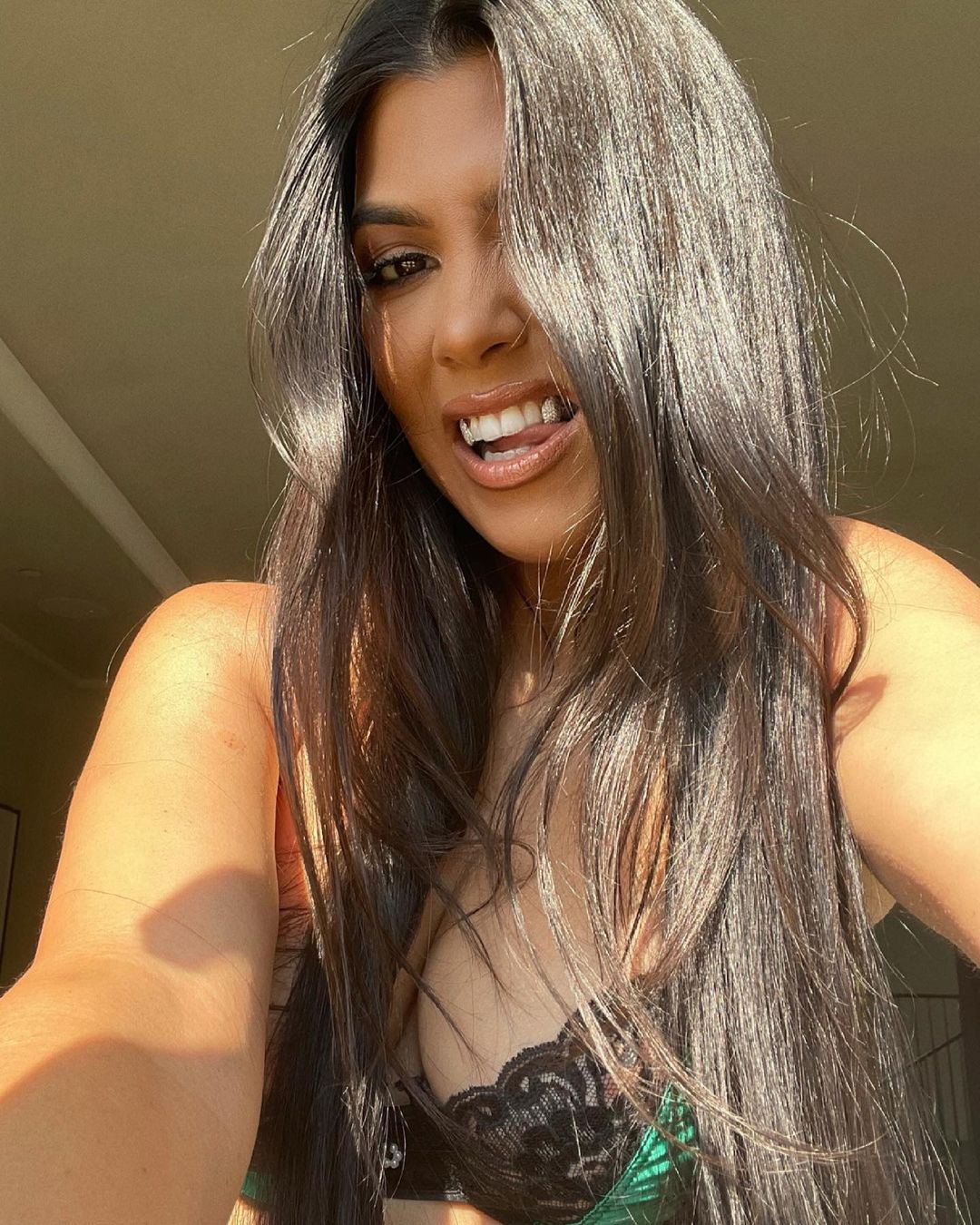 Kourtney made sure her teeth were on full display as she posed with her mouth open for the camera in a series of selfies.

Once she ensured fans got a good look at her diamond-encrusted teeth, the Keeping Up With The Kardashians star turned her head away from the camera to show off her cleavage as she wore only a green and black laced bra.

She simply captioned the post with a vampire emoji.

The reality star seems to be getting creative with her appearance, as she recently tested out a filter that gave her face tattoos. 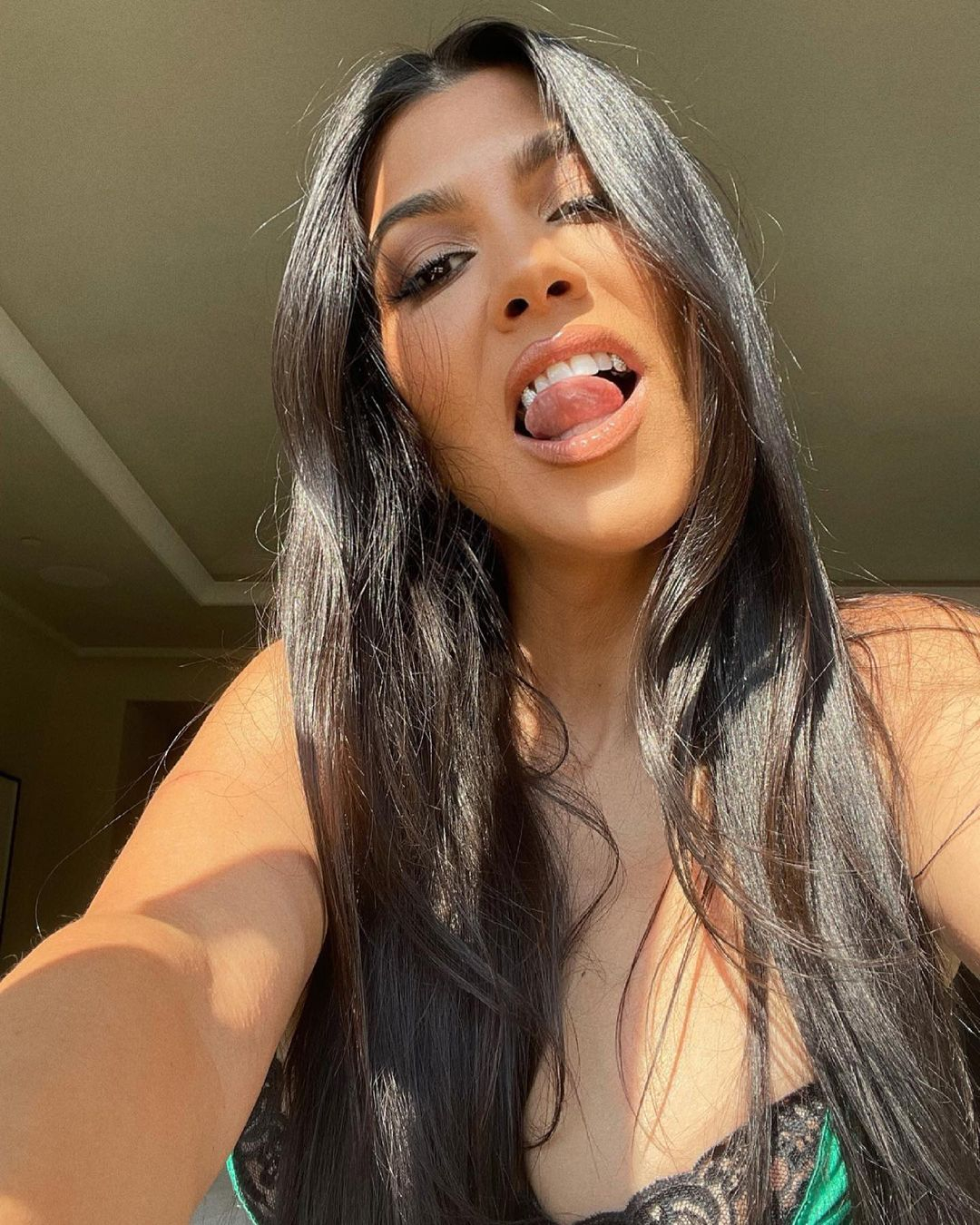 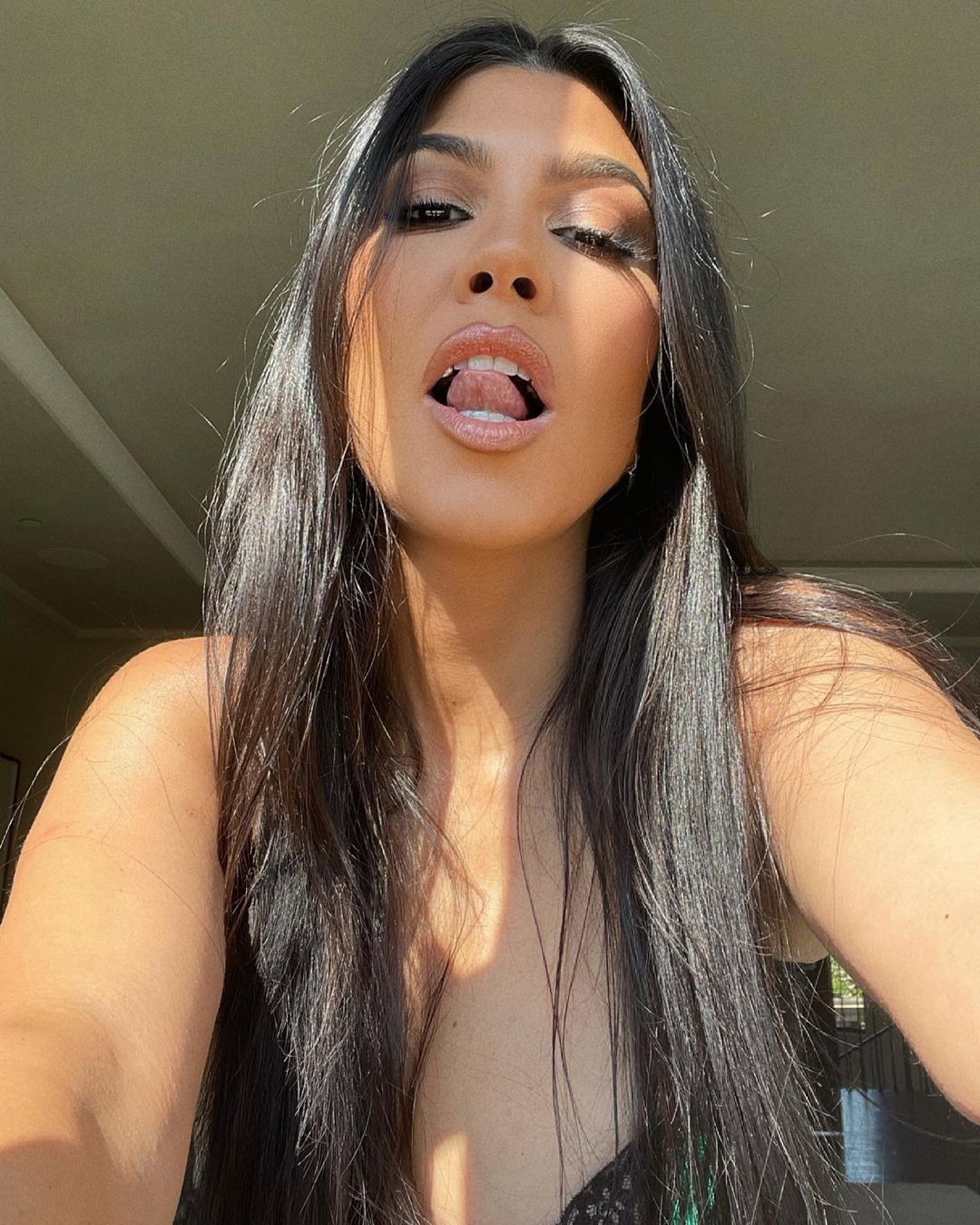 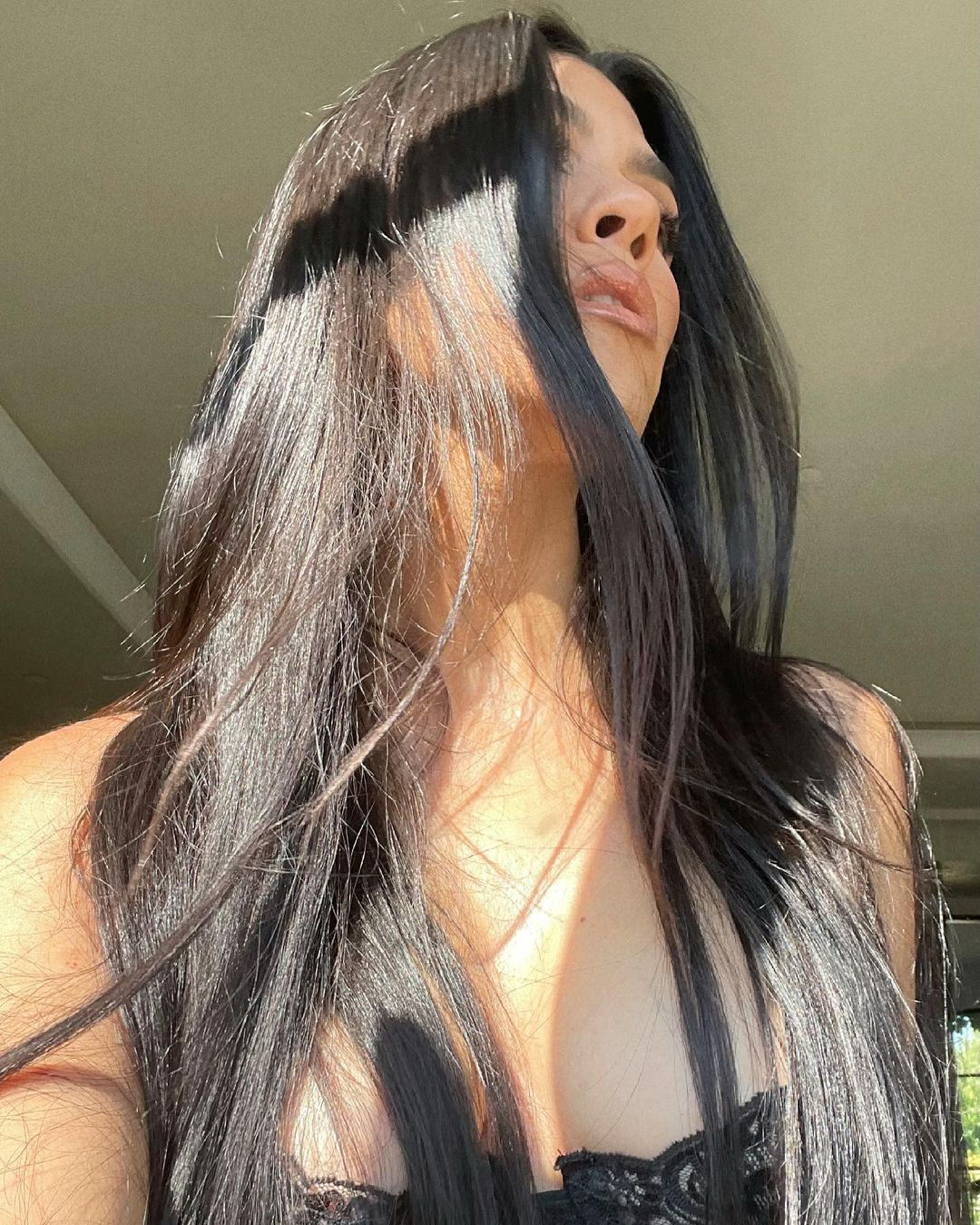 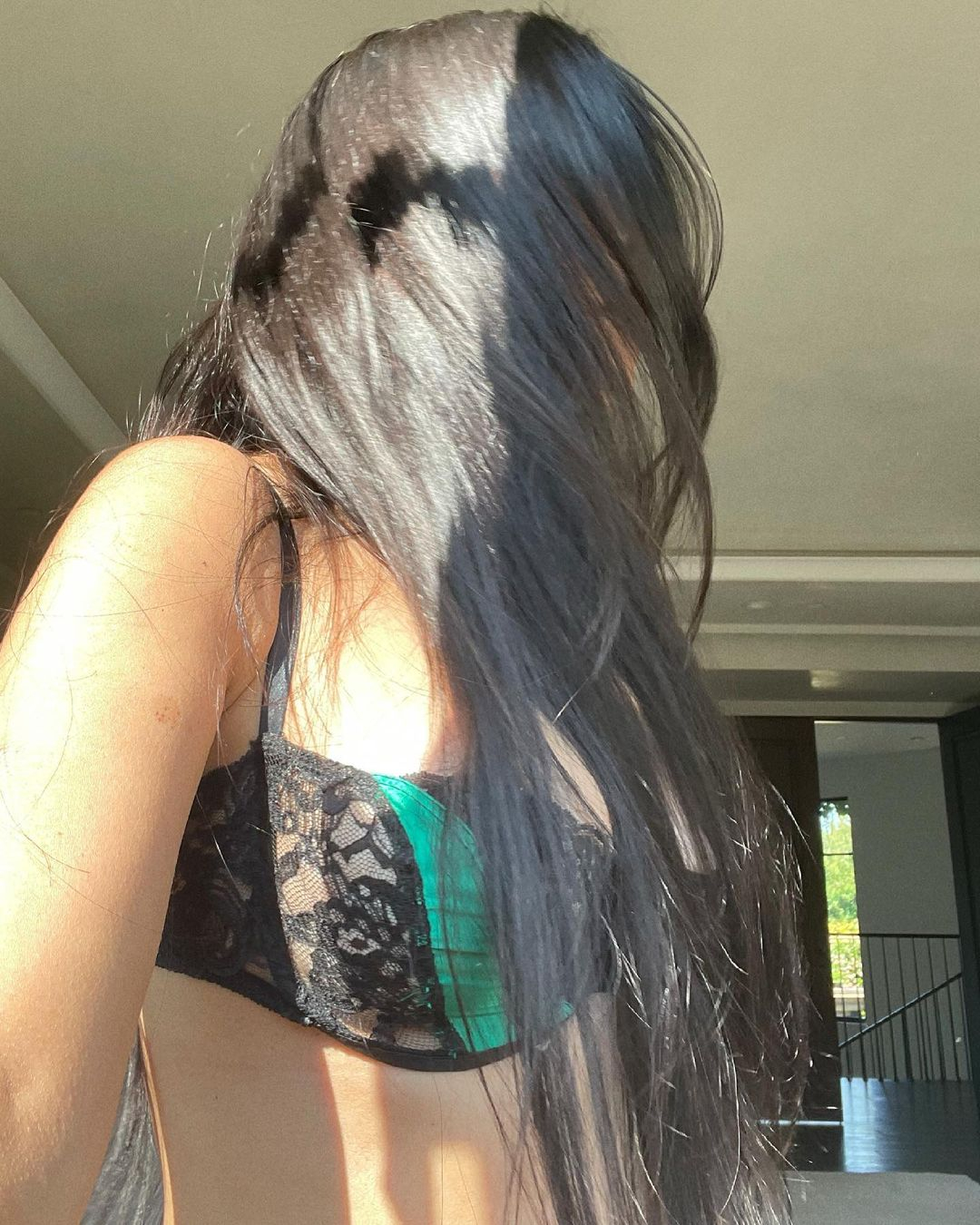 Earlier this month, Kourtney took to her Instagram Story to share the photo that let her know what she would looked like with tattoos on her face and down her arm.

The tattoos included a scorpion, a bird with an arrow through the chest, and a snake being split in half.

The fake tattoos made Kourtney resemble a punk rock star, much like her boyfriend Travis Barker, 45.

Last month, the TV star pretended to be a tattoo artist as she inked her beau's arm. 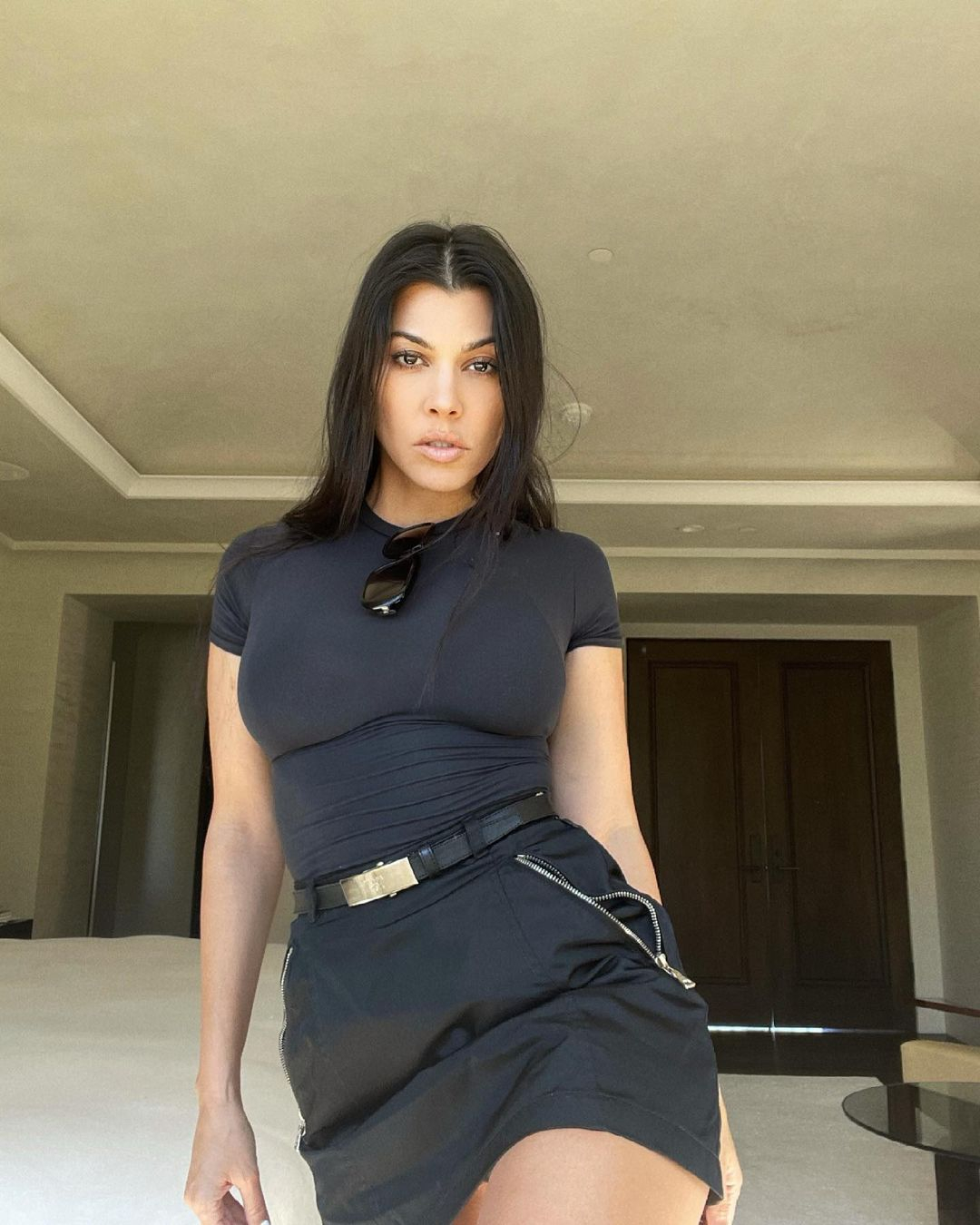 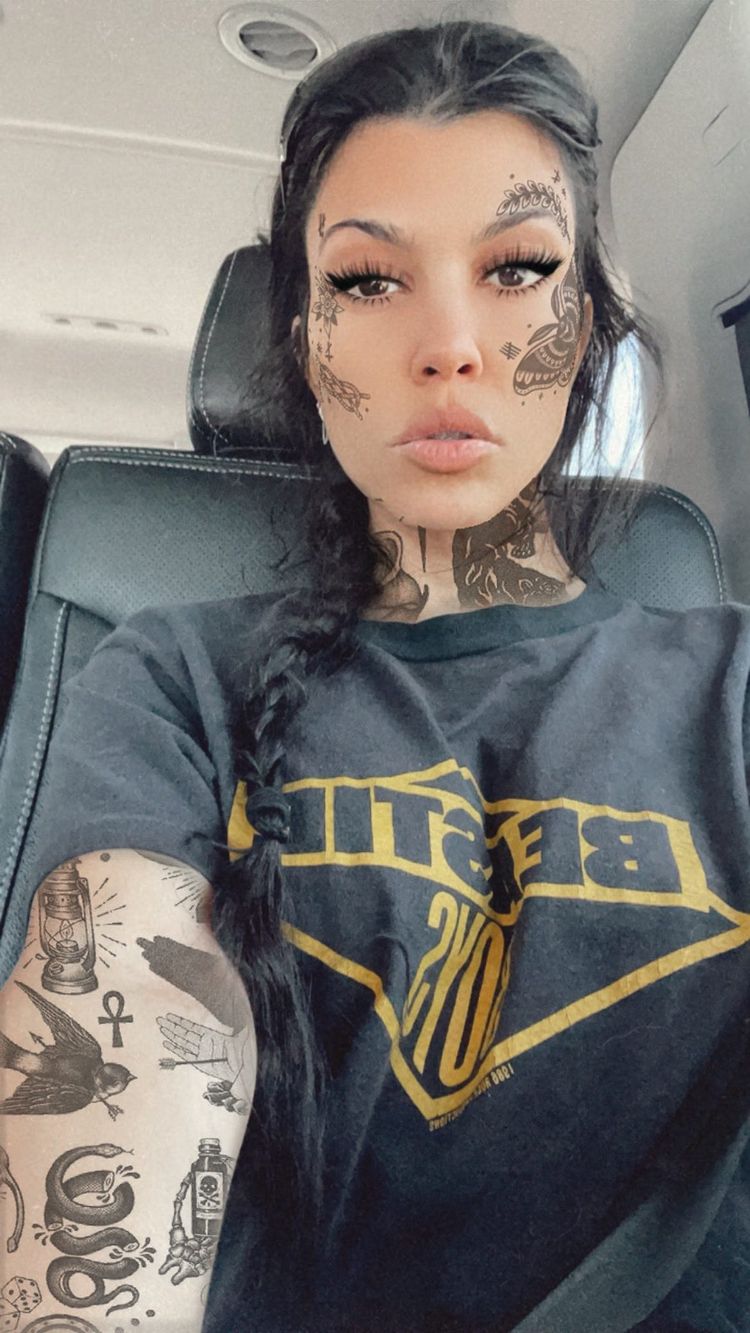 The Blink-182 drummer, who has been tatted from head to toe, allowed his girlfriend to ink something on him.

Kourtney laughed and smiled as she wrote "I love you" on the musician's arm.

The cute moment was documented, as Kourtney shared many photos and videos of her testing her skill sets as a tattoo artist.

Before her relationship with Travis, Kourtney dated Scott Disick, 38, on and off from 2006 until 2015. 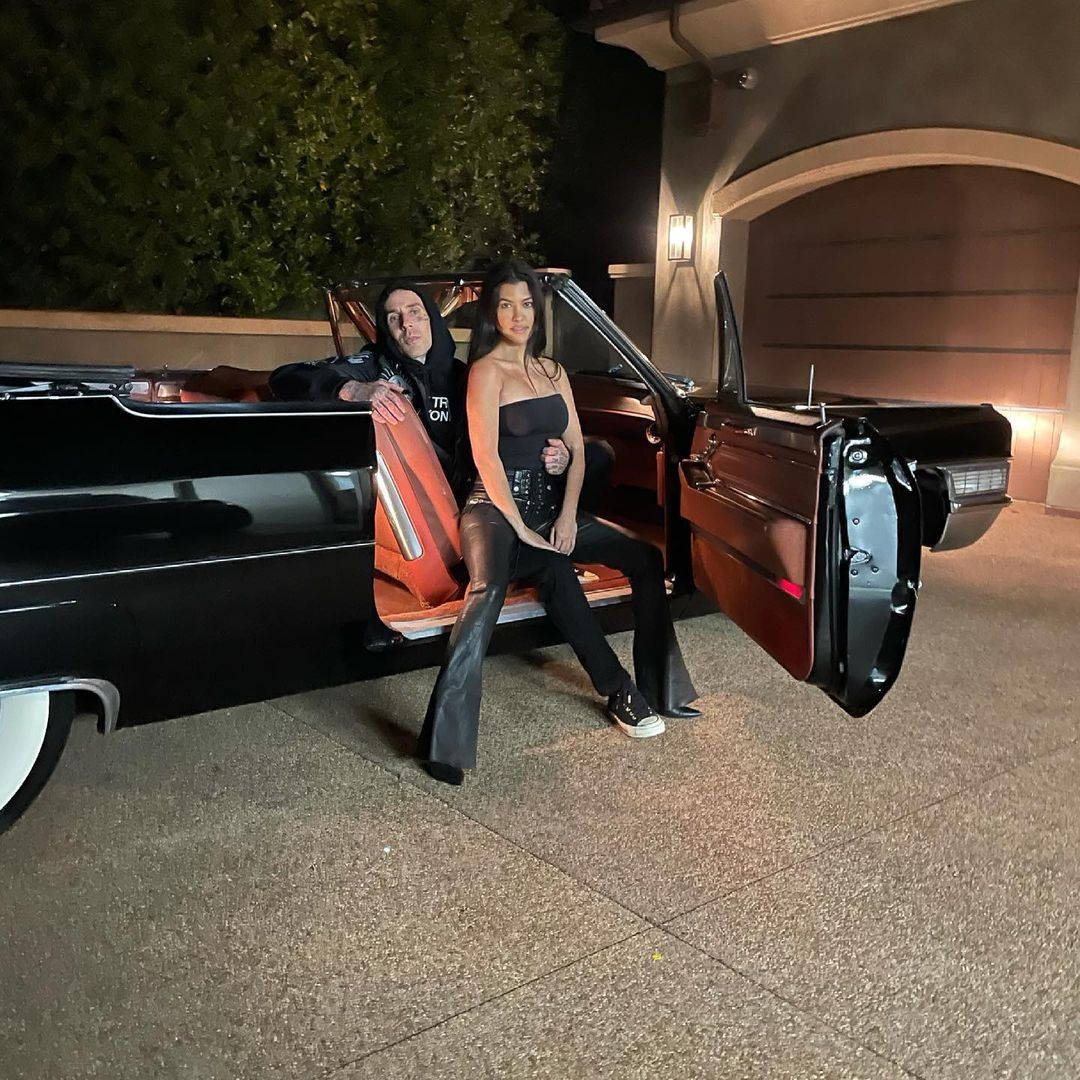 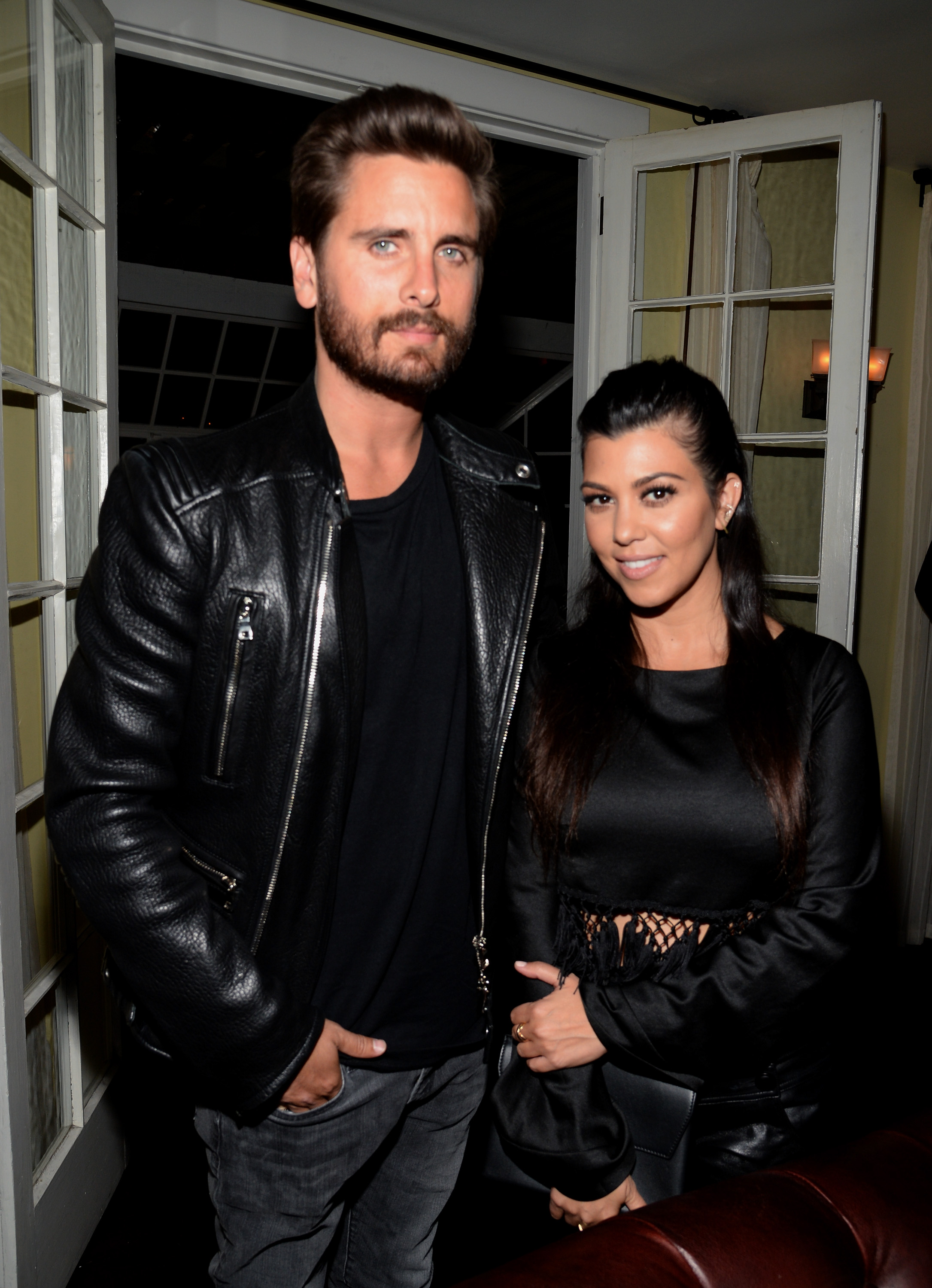 During the KUWTK reunion, Scott admitted that he feels a type of way whenever Kourtney dates someone new.

When host Andy Cohen asked Scott if he gets "upset" when Kourtney gets linked to other men, he joked: "Me? No. I just want to kill them. But mainly the last guy."

Kourtney’s sister Kim also dropped a bombshell during the reunion, as she revealed the lengths she used to go to when paparazzi were around in the early years of her fame. 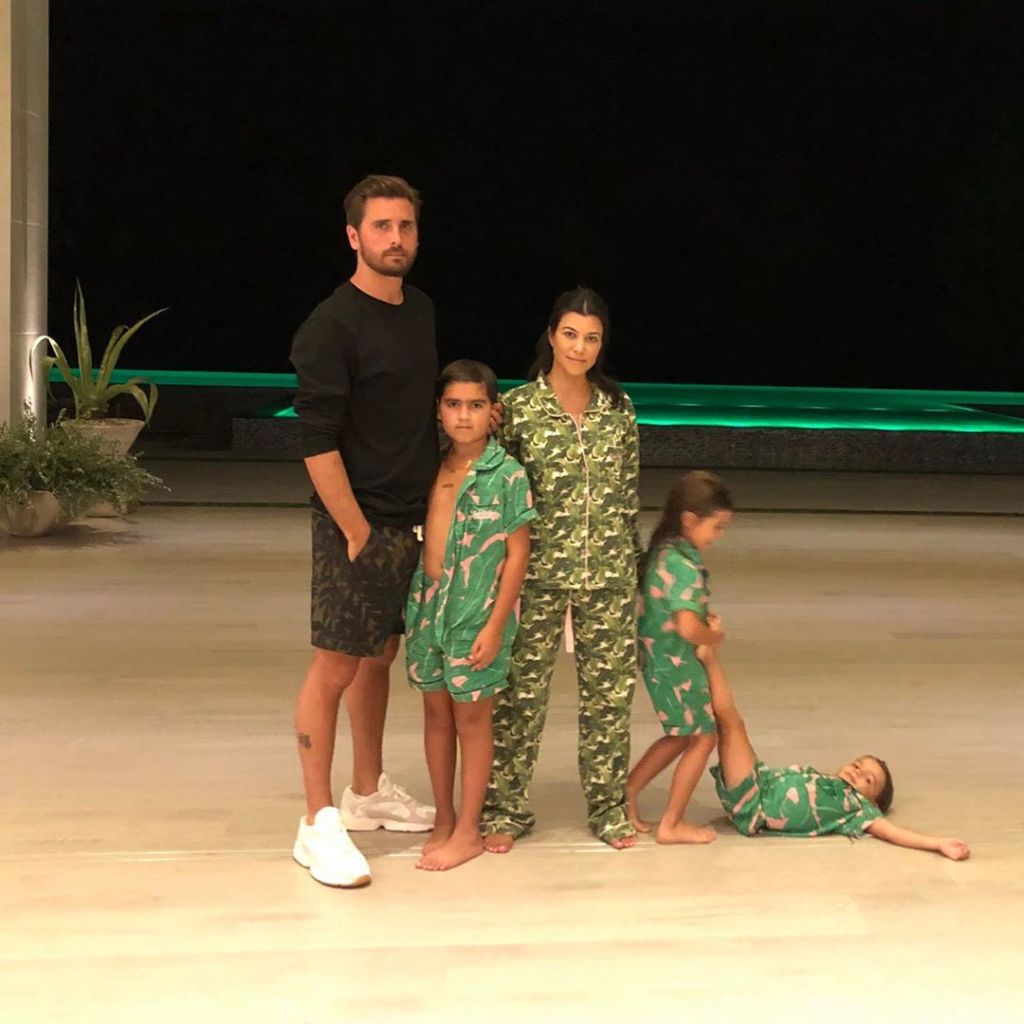 While she never called the paparazzi to take photos of her, she admitted: “I knew exactly where they were, so if you wanted to be seen- anytime I got hair and makeup for the show, there was no way I was going home and washing it of.”

“I would run in and pretend like I left something. ‘Hi, did I leave my glasses here?’” 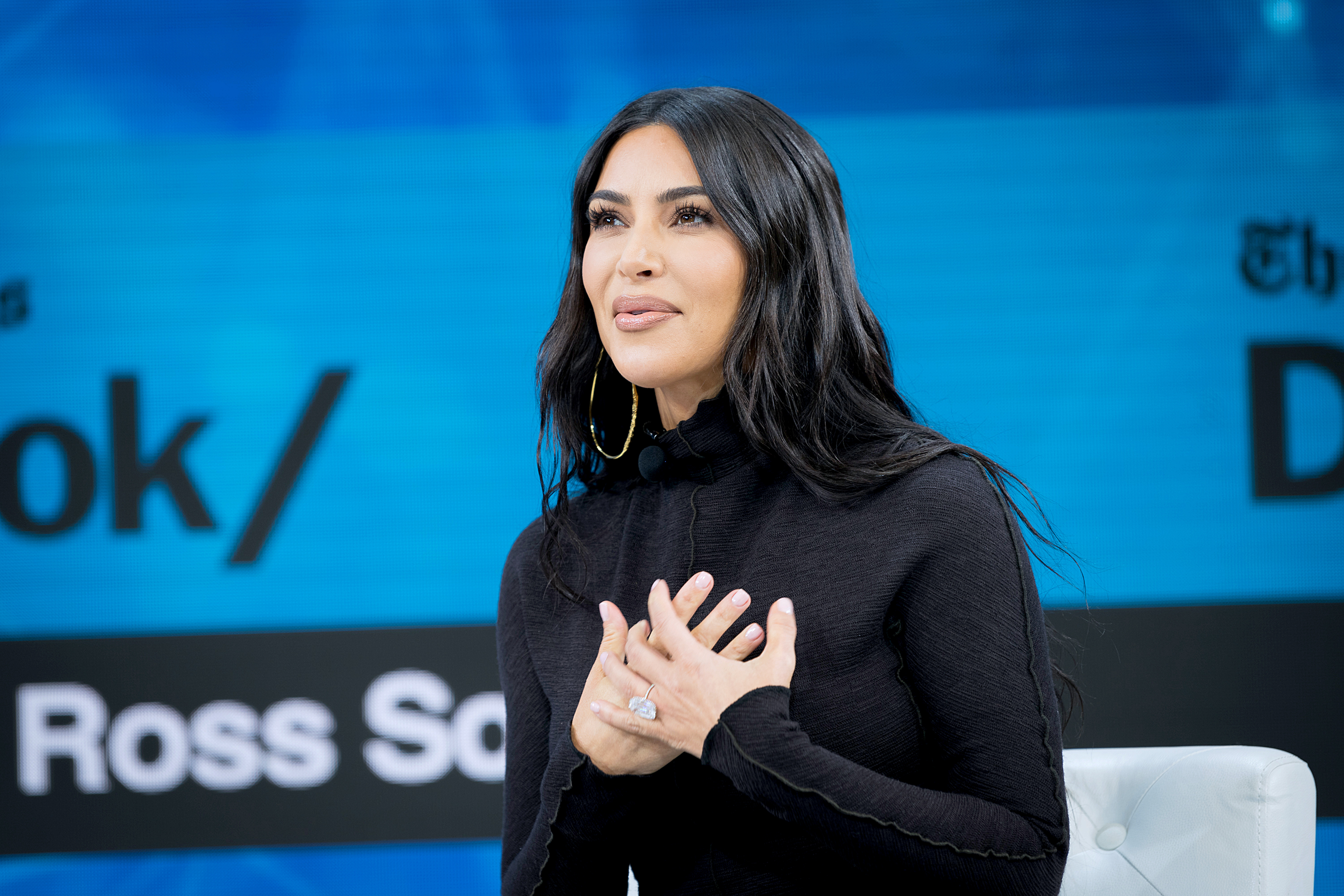