KOURTNEY Kardashian has shared a photo of her Christmas tree, and it's underwhelming compared to her sister Kylie's eye-opening decorations.

On Kourtney's Instagram Story, she posted a low-key snap of her itty-bitty Christmas tree. 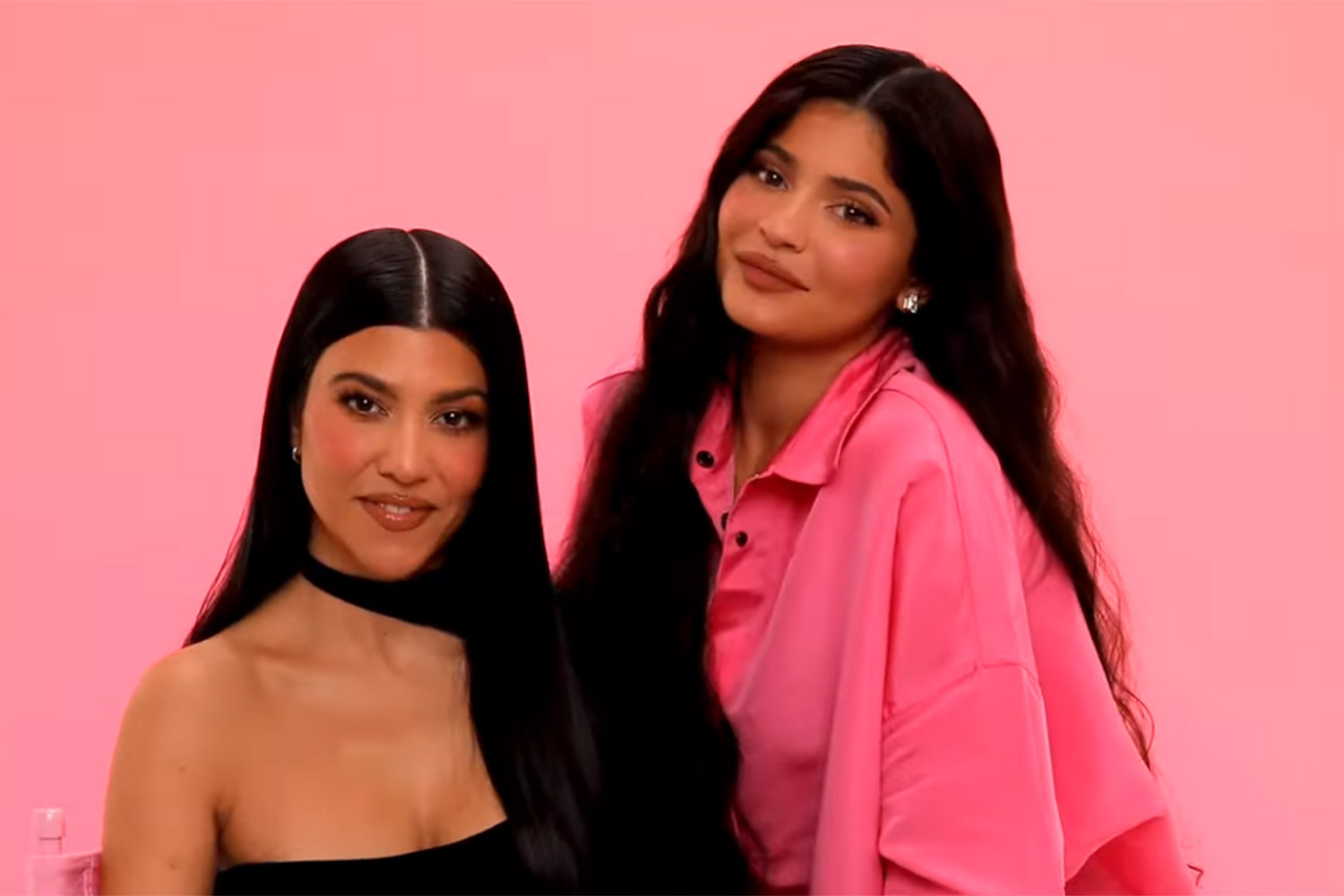 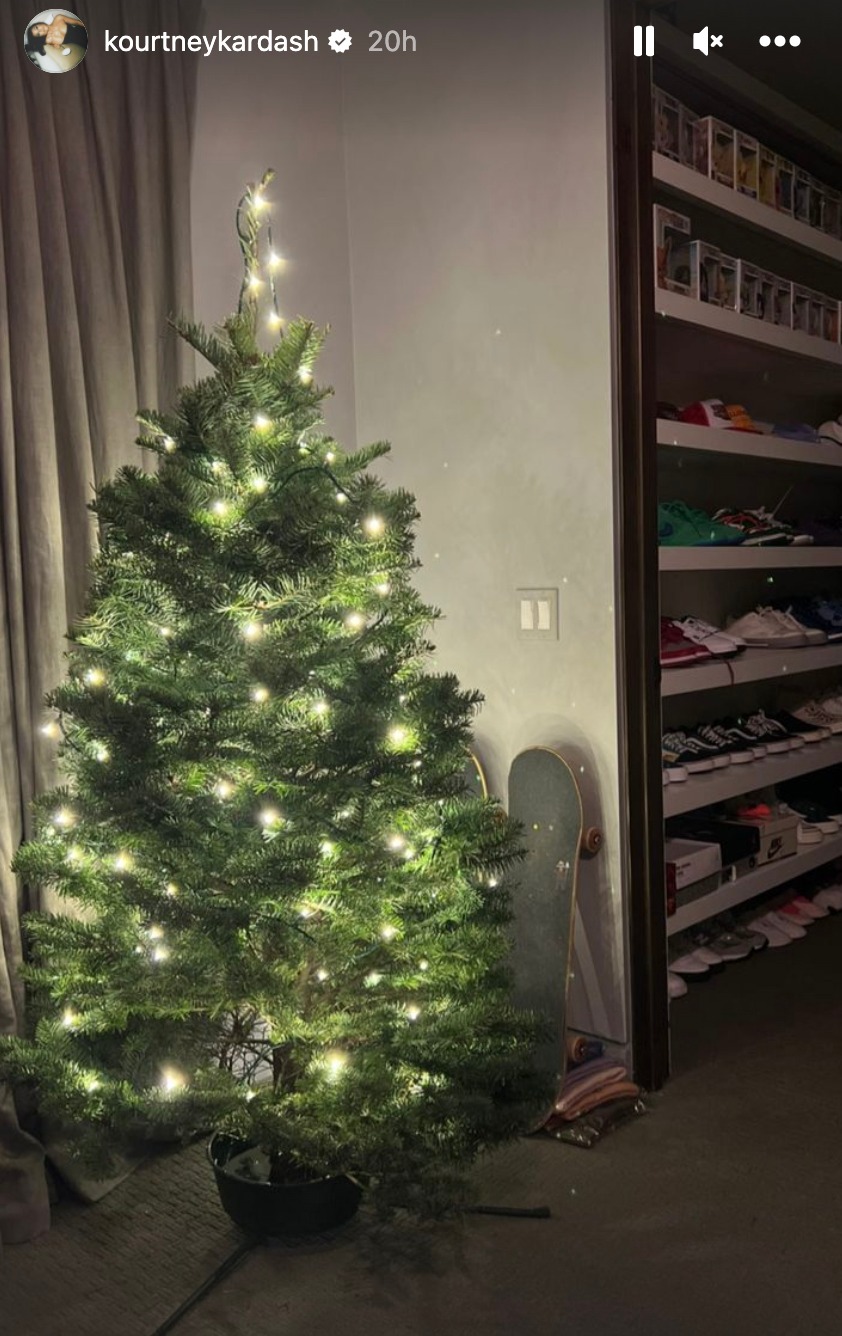 Her tree was shorter than a doorframe and sat on a small metal stand at the tree's base.

Besides white lights, there was no decorations on the tree, nor was there a skirt, topper, or ornaments.

It's nestled in the corner of a room surrounded by worn skateboards and a few other random items.

The tree the Hulu star shared was extremely normal, especially when compared to her younger sister Kylie's tree.

Kylie's tree was almost two stories high and covered in more lights and ornament than anyone can count.

Kourtney showed off her modest tree a short time after Kylie's massive tree reveal, in what seemed like a bit of a dig.

The Kardashian family is well-known for its over-the-top Christmas spirit and decorations.

In addition to Kylie's giant tree, Kim Kardashian also showed off her intense love for the holiday with a TikTok video. 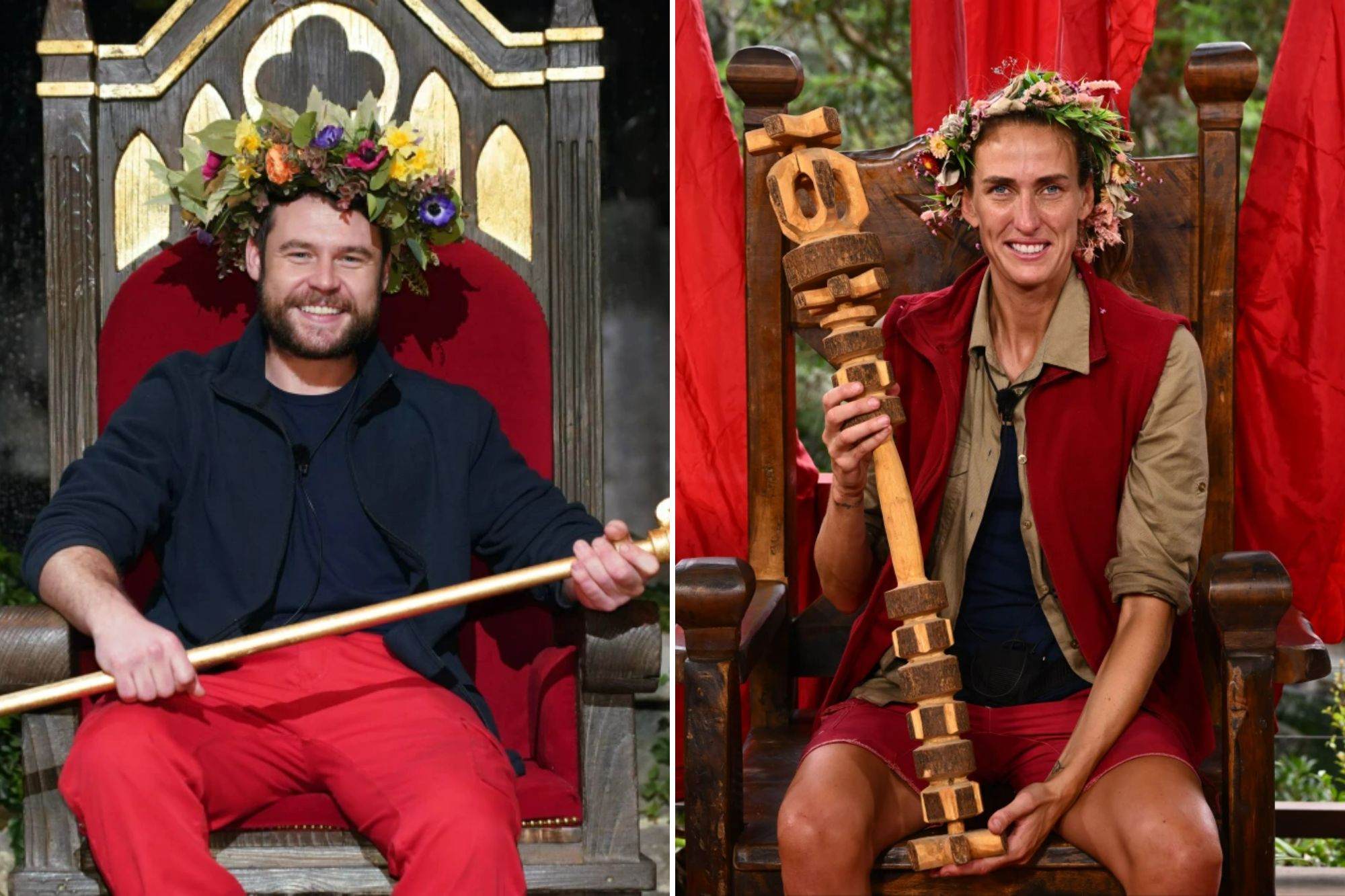 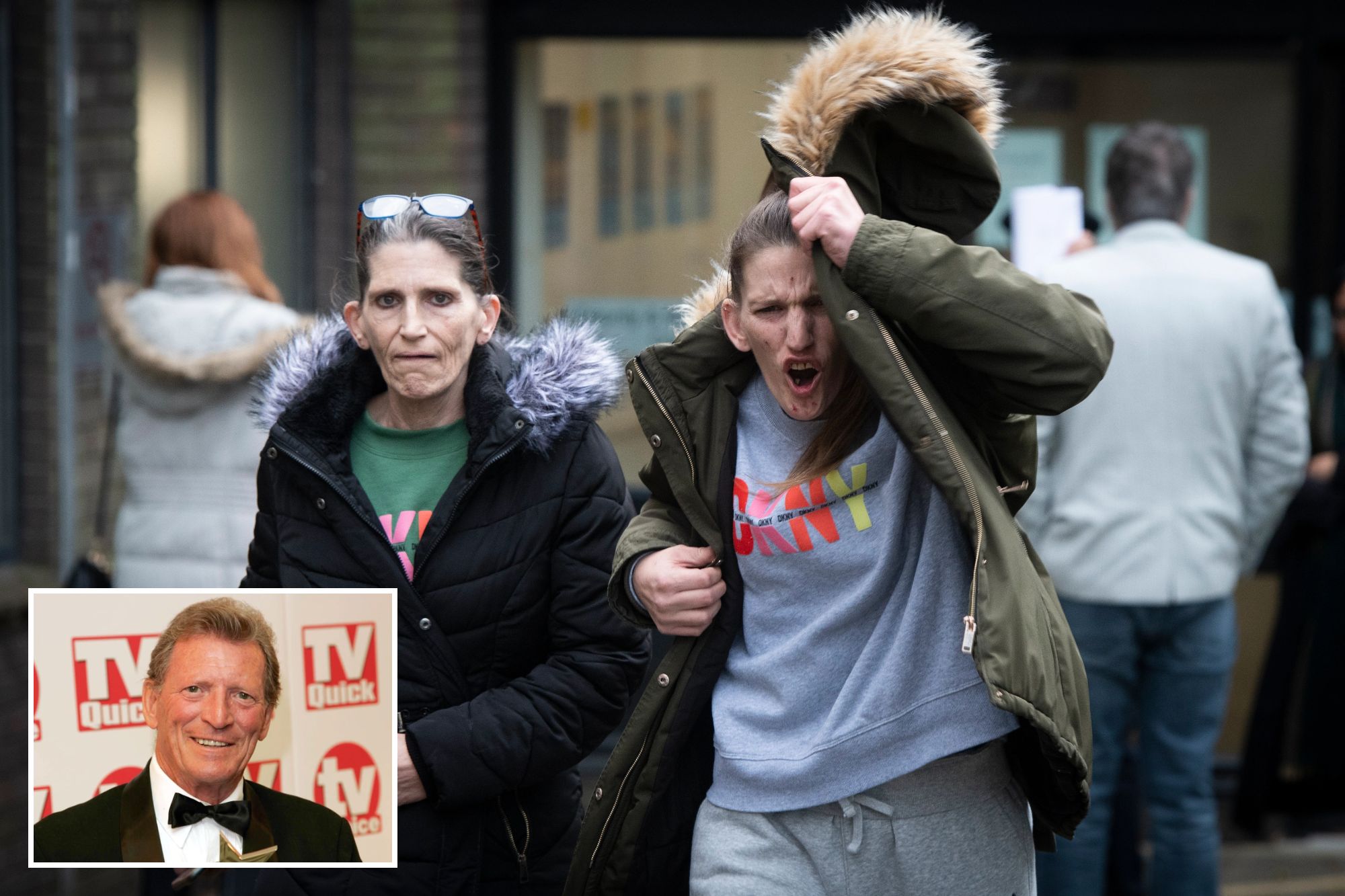 Kim, her daughter North, nine, and Kourtney's daughter, Penelope, 10, were featured in the video that also showed off the mom-of-four's freshly decorated home.

They were all making a sweet treat at a Christmas-themed hot cocoa bar covered with glass jars filled with hot cocoa bombs and various toppings.

The Kardashian-Jenner holidays get bigger and bigger every year and last year was the most lavish of them all although it was supposed to be scaled back due to Covid.

While the number of people in attendance at the 2021 Kardashian Christmas Eve bash was low, it was still extravagant.

All of the women were dressed to the nines as they sipped on champagne in front of their perfectly decorated trees.

The family is also known for their annual Christmas card, and fans are anxiously awaiting this year's photo.

In 1987, mom Kris Jenner's eldest three daughters dressed in matching red plaid outfits, and the 1990 card shows the late Robert Kardashian with all of his children.

By 2010, the family's standards were through the roof- Everyone in the family was dressed in black-tie attire, even Kris' first grandchild.

Last year, mom-of-six Kris was photographed alongside Kim and Khloe and their children: Saint, North, Chicago, Psalm, and True.

Kris' only son Rob, also had his daughter, Dream, appear in a card, however, he was nowhere to be found. 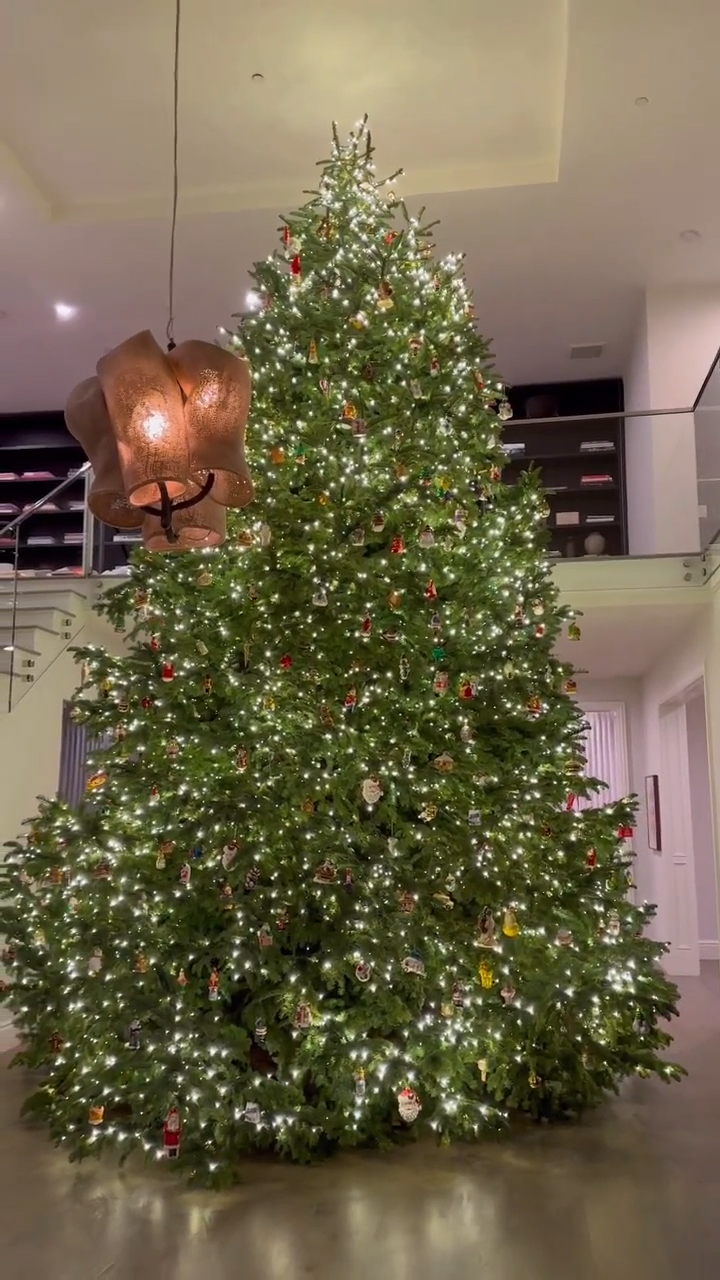 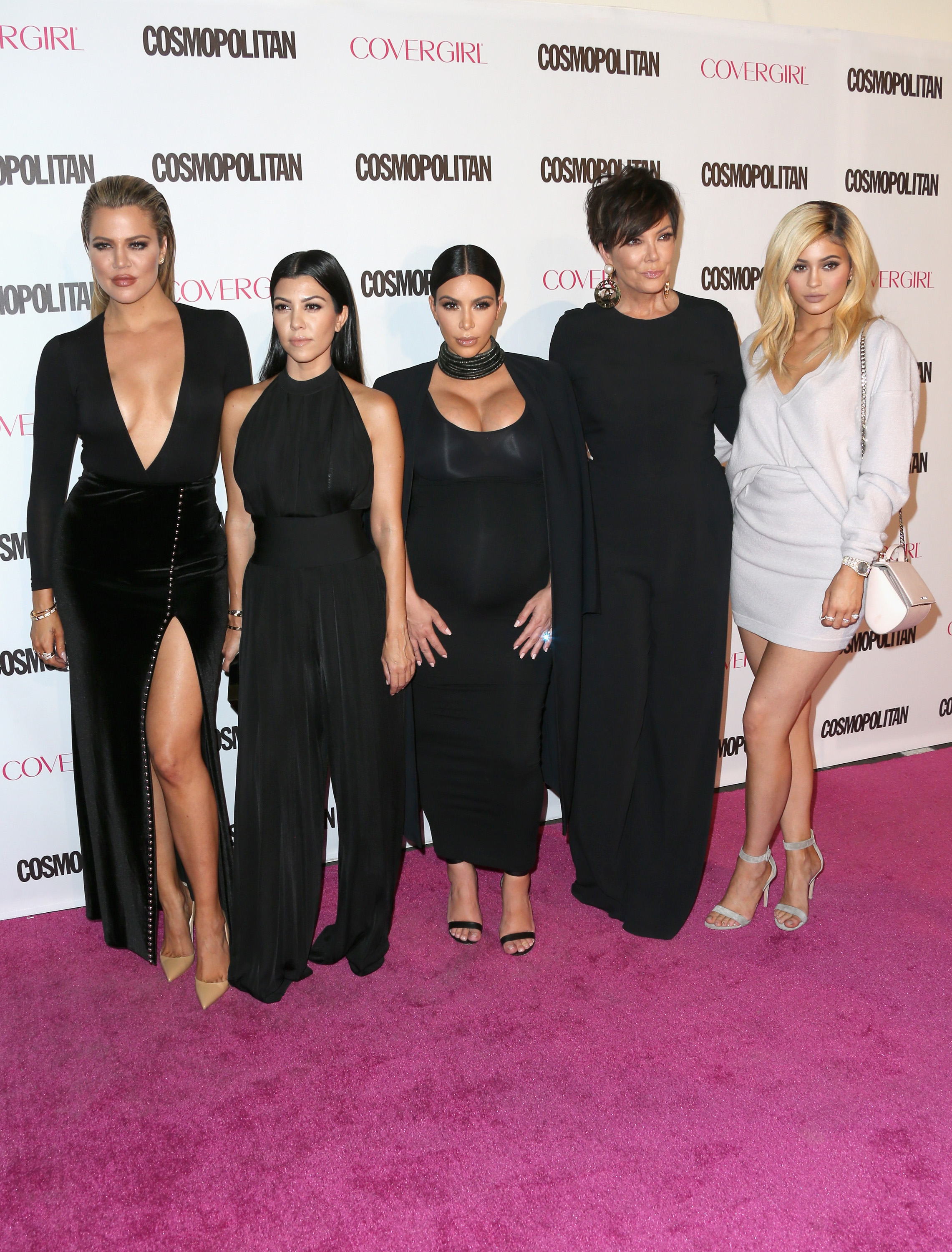