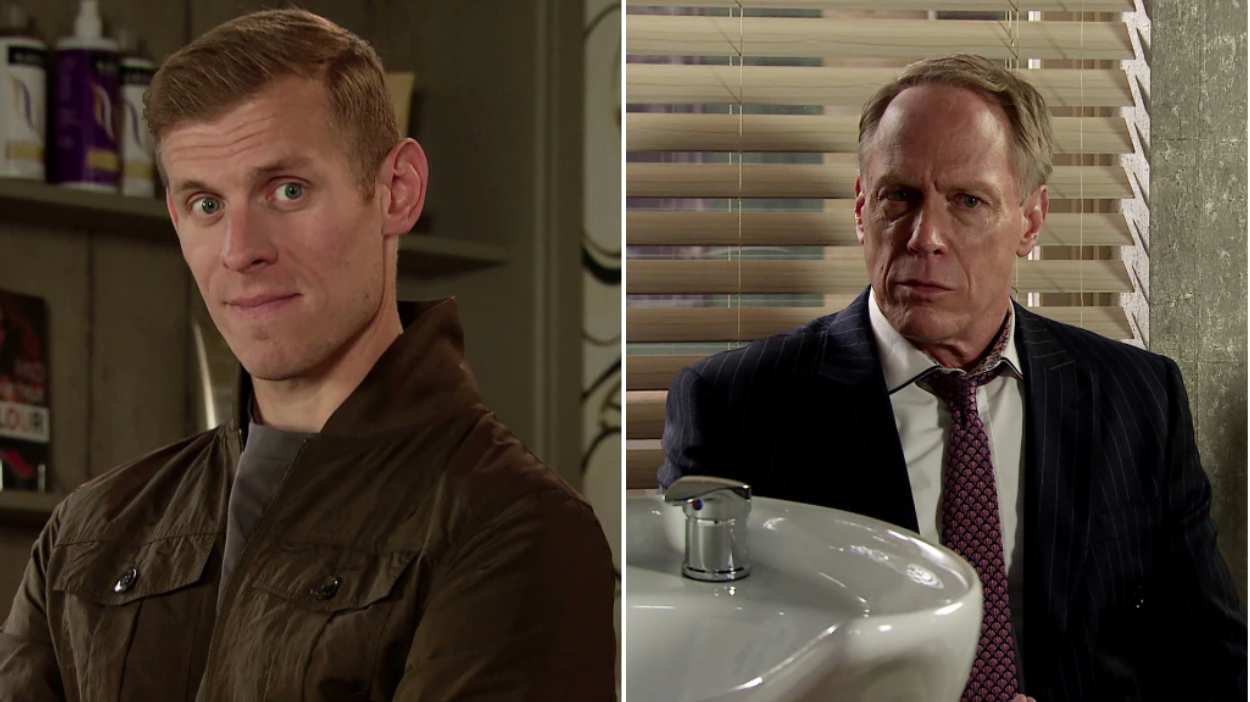 Leo Thompkins (Joe Frost) turns detective in upcoming Coronation Street episodes when he starts to realise there’s something not quite right about Stephen Reid (Todd Boyce).

Leo gets the chance to observe Stephen’s behaviour when he’s called in to investigate something worrying in the Platts’ garden.

The killer sinkhole that claimed the life of Johnny Connor (Richard Hawley) could be about to make a reappearance, according to David (Jack P. Shepherd), who understandably wants it looking at.

Leo notices that Stephen is acting a bit shifty when Audrey (Sue Nicholls) offers to let the family stay with her while the hole is being investigated.

Stephen books Gail (Helen Worth) and Audrey in for a spa day, but when Audrey returns she finds a valuer from an estate agents at her house, and they tell her that Stephen made the appointment.

Leo is suspicious, as he knows that Stephen is lying about what he’s up to. He challenges Stephen, and they soon come to blows.

David threatens to call the police as the situation escalates, but Stephen stops him. Leo leaves, followed by Jenny (Sally Ann Matthews) who is obviously feeling guilty about her own liaison with Stephen.

Undeterred, Leo tells Stephen that he knows he’s lying to his family about his financial situation – and he’s determined to uncover the truth.

Is the game up for Stephen?