Liar was back on ITV again tonight with the second instalment in the thrilling whodunnit and viewers tuned in to see the latest developments as lead suspect Laura Nielson (played by Joanne Froggatt) was discharged from the police station after 36 hours of questioning. But in one of the flashback scenes, fans couldn’t help but notice something very, very concerning when Andrew Earlham (Ioan Gruffudd) broke into Laura’s apartment.

DI Karen Renton (Katherine Kelly) was back trying to solve the murder of Andrew whose body was found cold one morning on the marshes.

Throughout the episode, a series of flashbacks were shown from the days leading up to Andrew’s death.

One of them saw him visit the hospital, after he was told by Oliver Graham (Sam Spruell) a colleague, his son, Luke (Jamie Flatters) had tried to take his own life.

After briefly seeing him lying there all tubed up, Andrew fled realising he wasn’t safe with so many people knowing who he was, alongside the volume of police officers. 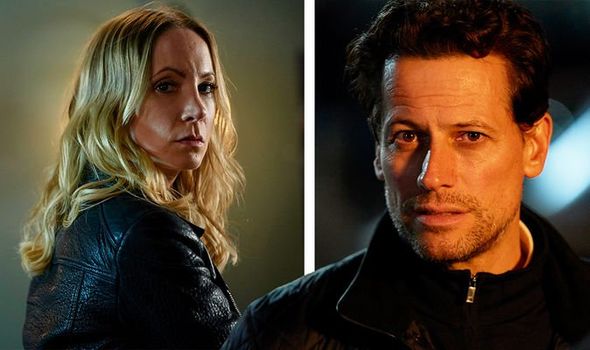 Getting back into the car, he asked Oliver to take him to Laura’s house, where he broke in and snooped around in the shadows.

It was the same time, Winnie Peterson (Amy Nuttall) knocked on Laura’s door; the pair had been messaging one another previously and she wanted to speak to Laura about their shared traumatic ordeal.

Forgetting she had planned to invite Winnie over, Laura suggested they head to the pub for a glass of wine, leaving Andrew in the house alone.

The pair of them walked past Oliver who was sitting outside in his car, while Andrew was seen helping himself to Laura’s jewellery of her side table. 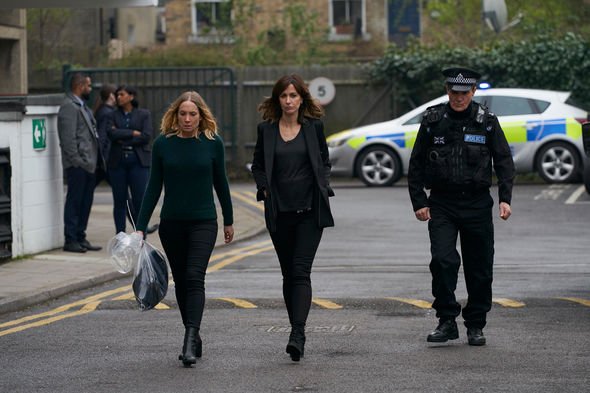 Lifting a necklace into the air, he placed it into his pocket and made an exit.

Viewers took to Twitter to speculate, thinking this was the storyline twist.

One said: “Ok so he’s clearly killed himself with that scalpel and taken that necklace to frame laura for his “murder”. Too obvious though ? #Liar.”

“Yep…andrew most certainly set her up and killed himself #Liar well that my detective work done,” another remarked.

A third added: “Tenner bet Andrew killed himself and has set Laura up for it #Liar.” 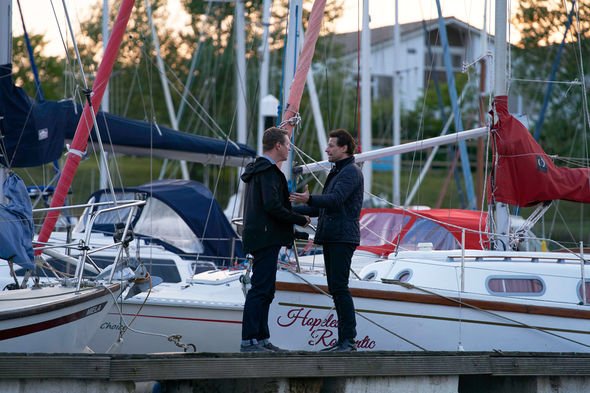 “#liar theories….go! I’m saying he called himself & trying to set Laura up!” One commented online.

“Laura has been set up big time but by who?? Luke?? Her new fella?? Katie?? #Liar,” someone else surmised.

After all, this isn’t the first time Andrew has broken into someone’s home and planted evidence. Did he put his car key in Laura’s bedside drawer?

However, someone else considered: “Loving S2 of #Liar I reckon it’s not one person, it’s the partners of the main victims together. Love it! @ITV.” 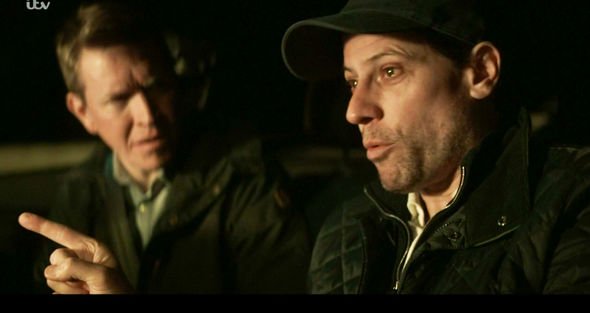 A spanner was thrown into the works when the final scene aired; Andrew was back on his boat when he was interrupted by Carl Peterson (Howard Charles), the husband of one of Andrew’s victims, Winnie.

As for whether or not there is going to be a satisfying ending for viewers, lead star Joanne explained how Liar had always been intentionally written for two series.

During an appearance on This Morning earlier this month, she told the hosts: “The hope was to see whether we could tell this story over 12 episodes. It’s really exciting, I think they’ve [writers] done a terrific job.

“No more liar [after season two], that will be the ending,” she confirmed.

Liar returns next Monday at 9pm on ITV.