In the latest instalment of Liar, the ITV drama delved into the backgrounds of both murder victim Andrew Earlham (played by Ioan Gruffudd) and prime suspect Laura Nielson (Joanne Froggatt). But, as viewers got an insight into Laura’s close bond with sister Katy Sutcliffe (Zoe Tapper), fans jumped to conclusions over the murderer’s identity after spotting a cryptic clue.

The episode began by looking into Andrew’s past and his relationship with Oliver Graham (Sam Spruell).

Viewers were given an insight into the rapist’s dark mind and the influence the acquaintance had on him.

Meanwhile, Laura and Katy’s recent tragic history was delved into as fans began to put together a host of clues and pinpoint the murderer’s identity.

In emotional scenes, Laura’s father asked his daughter to help him end his life rather than let his condition deteriorate further. 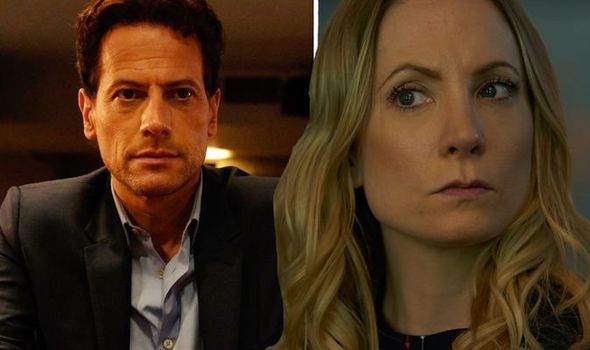 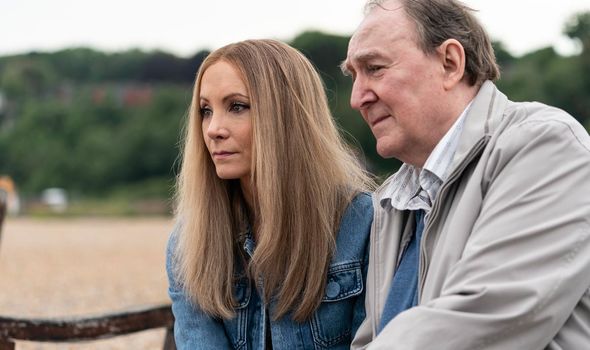 Laura turned to her sister for help but Katy couldn’t go through with it and Laura was left to face the dilemma on her own.

As her father explained he did want his cancer diagnosis to be what killed him, Laura administered a lethal injection.

In his final moments, she took off her necklace and placed it around her father’s neck.

However, viewers were in store for a huge plot twist as the episode suddenly jumped forward to a moment at the beginning of the second series. 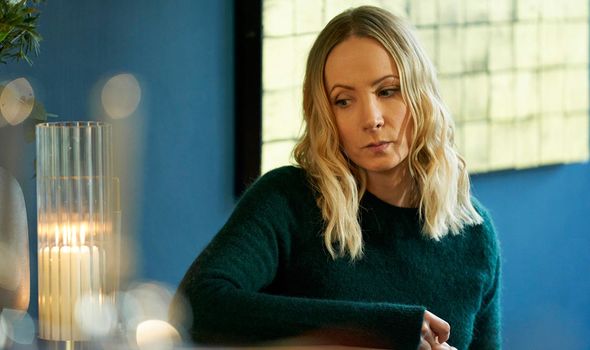 When DI Karen Renton (Katherine Kelly) and DS Rory Maxwell (Danny Webb) found Andrew’s body, they discovered the same necklace Laura had given to her father.

As the detective duo opened up a storage container to find a dead body, Laura’s necklace was scooped up off the floor of the crime scene.

Jumping forward again to Laura’s arrest, the confused rape victim remarked: “You’ve got to be kidding me!”

Karen explained: “We are arresting you for the murder of Andrew Earlham,” to which Laura hit out: “This is bulls**t!”

Referring to the necklace, Rory added: “We found it, Laura,” before she hit back: “Found what? found what?”

As viewers watched this new piece of evidence comes to light, some began to suspect Laura’s sister could be to blame and shared their theories on social media.

One began: “I’m really thinking that Laura’s sister might have screwed her over and set her up for Andrew’s murder because she’s not forgiven her for helping their dad to die…

“His car key in L’s flat, her necklace in the container and the alibi could’ve been to protect herself!”

Another theorised: “Yeah so it’s Laura sister who killed Andrew. She planted the necklace and Andrew’s car key which she picked up in the hospital locker room to frame Laura. No need to watch the last two episodes.”

“I think the sister is framing Laura for Andrew’s death as she couldn’t forgive Laura for injecting their father. Might even have set Laura up with Andrew deliberately in the first place. Think necklace and Andrew’s car key,” someone else added.

A fourth tweeted: “Laura, the professional killer, leaves her necklace there for police to find,” added another. “Surely to christ that would be a tad suspicious and they’ll realise she’s being framed.”

Has Laura been framed by her own sister or does her past prove she has what it takes to be a murderer?