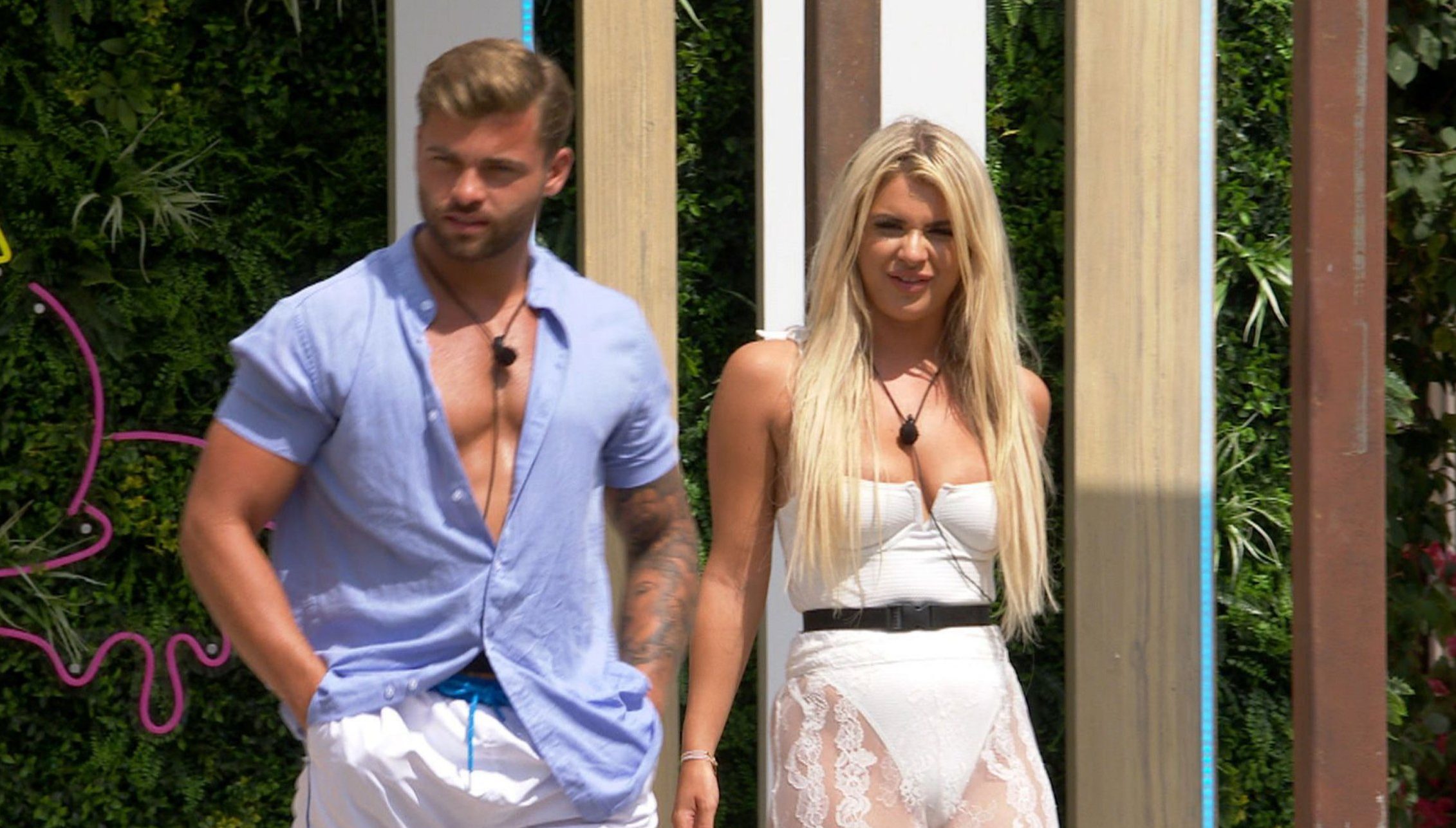 Love Island stars Liberty Poole and Jake Cornish have left the villa of their own accord after their split, just days before the final, with the emotional scenes airing on the show.

The pair, who were coupled up since day one, broke up this week, after Liberty said she doesn’t feel Jake loves her.

Despite the split, in tonight’s episode they chose to still go on their final date, a trip out on a boat, to chat things through.

‘I’m gonna leave today, that’s the right decision for me,’ Liberty said, with Jake adding that he wouldn’t let her go alone.

The pair decided that the best thing for them would be to go their separate ways, and to say their goodbyes to their fellow islanders.

When they returned, they asked the remaining islanders to gather round the fire pit and broke the news to them.

The pair explained they didn’t want to ‘take up a place’ in the villa and wanted the other couples to enjoy their final days.