Other than the upcoming Marvel shows on Disney+, the reboot of Lizzie McGuire was hot on everyone’s pop culture radar. After all, with millions of now 30-something Millennials growing up with the classic Hilary Duff character, it was a revival everyone could get behind.

Just when it became a reality, a creative collision occurred. Because the original production team (and Duff herself) wanted to make it true to life, they thought addressing sexual themes would make it parallel the lives of many real 30-somethings.

Disney nixed this idea, hence the production of the show being halted…at least for now. A new debate began about whether Disney should allow adult themes on their Disney+ shows. After all, with their platform having a few shows with relatively mature themes (e.g. The Mandalorian), Disney may have to relent.

Did Disney panic about having something too ‘adult’ added to ‘Lizzie McGuire’? 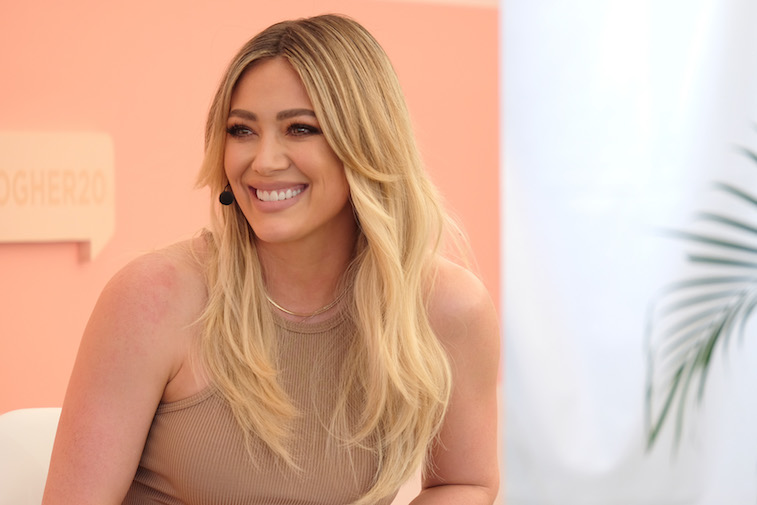 No doubt Disney considers Lizzie McGuire a golden standard for family fare when it aired originally on The Disney Channel from 2001 to 2004. Duff became a superstar as a result of the show, but she mostly kept a family-family image for quite a while afterward.

Not until the 2010s did she start doing more sophisticated fare in movies and TV, including the more raunchy Younger on TV Land, starting in 2015. It’s there where Duff realized that more adult fare could be done in a more relatable way for those who grew with her at Disney.

It seems she took this philosophy with her when agreeing to do the Lizzie McGuire reboot. Disney seemed to acquiesce to it originally, including the show shooting two episodes. Some might consider it odd Disney scrapped it until after viewing the episodes, apparently proving they aren’t using any micromanaging of late.

Duff expressed her disappointment in Disney by saying: “I’d be doing a disservice to everyone by limiting the realities of a 30-year-old’s journey to live under the ceiling of a PG rating.”

Just because it referenced more sexual themes, Disney suits thought it wouldn’t stand in line with their family values persona.

Will Hilary Duff be able to convince Disney to allow the show on Disney+?

After the shock of the reboot falling apart, Duff plead with Disney to at least move the Lizzie McGuire revival over to Hulu if nothing else. So far, there isn’t any word Disney will agree to that.

Now things are in limbo for the show indefinitely, unless Duff can convince Disney to change their minds. Her argument is the viewers who grew up with her face similar infidelity situations in real life. They’d understand the reboot and might reject the show if maintaining an unrealistic squeaky clean image as it was in its original days.

Ironically, a lot about the show was reportedly going to be the same, including the animated/alter ego version of Lizzie looking identical.

Can Disney ultimately realize they should include some adult entertainment on Disney+, or is the old ideal at the Mouse House carved in stone?

Family values have been a mainstay at Disney, despite their old Touchstone arm

Back in the mid-’80s, Disney decided to delve into movies with adult themes through their old Touchstone production shingle. Lasting from 1984 up through the 2010s as a DreamWorks distributor, Disney made many excellent mature movies in the comedy and drama categories. Hollywood Pictures was another of their production studios doing the same.

These were looked at it as polar opposite entities, though, considering the new names. Less common is seeing movies like this directly under the Disney banner. Walt Disney (yes, the founder) created a certain guideline of family entertainment the brand has always tried to maintain since his passing.

Outside of changing times, that hasn’t been easy to do without ridicule sometimes. Yet, with the usually winning Disney formula, it still works without seeming outdated. Talking about sex, however, still seems off-limits in everything Disney.

Since Disney+ is a streaming service, perhaps there are ways they can work around this, including providing a section just for adults requiring a password. Adapting like this may be the only way to not make the Lizzie McGuire reboot a bad experience of 30-something Millennials deleting their accounts en masse.