Fans are still talking about the popular Netflix dating show Love Is Blind. Though the first season of the social experiment has ended, millions are still doing what they can to keep up with the couples from the show. One couple’s story that pulled at viewers’ heartstrings was Kenny and Kelly. Fans were devastated after Kelly said no at the altar but it turns out that it was all according to Kenny and Kelly’s plan. 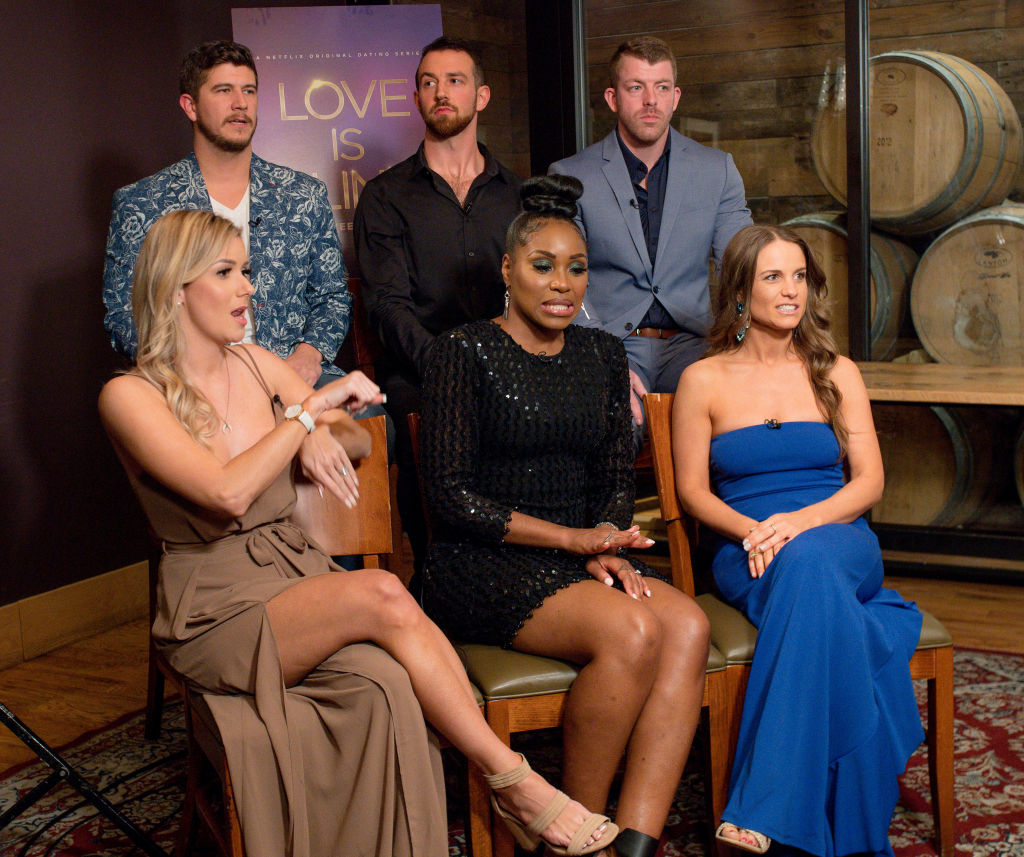 Kenny and Kelly’s relationship on ‘Love Is Blind’

Unlike the other couples on the show, very little of Kelly and Kenny’s dates were shown before their engagement. Fans recall only seeing one or two of their interactions during their time in the pods before Kenny bent down on one knee to ask Kelly for her hand in marriage. Looking back, the reason their dates were ommitted could possibly be due to the amount of footage shown leading up to their wedding and their actual breakup.

It was clear almost from the start that they’d not end up together in the end. While Kenny was openly affectionate towards Kelly, she preferred that they abstain from going all the way and preferred “sweet kisses and cuddling” until their wedding night.

Her reasoning was that because they became engaged so quickly, she wanted to take the time to get to know one another. Viewers found Kelly’s logic odd considering the premise of the show was to blindly become engaged and then marry within six weeks.

So excited to share that I’m on @Netflix’s new dating series Love Is Blind. It was such a surreal experience; met incredible people and am so grateful for the most supportive family and friends! ?Was emotional connection as important as physical attraction for me? Come on my journey to find love premiering Feb 13! . @netflix #LoveIsBlind . . #chaselifewithkelly #chaselifetogether #selflove #selfworth #netflix #realitytv #BecomeABetterYou

Kenny remained committed and patient throughout their engagement but Kelly appeared to be drifting further apart. During one of her confessionals, she admitted that she was not physically attracted to Kenny and viewed him as more of a brother or friend rather than someone she was in love with.

Kenny said yes to marrying Kelly while at the altar but Kelly shot him down, saying that though she loved him, she needed more time. Kenny seemed visibly hurt but he respected her decision.

During the reunion special, Kelly claimed the reason she said “I don’t” to Kenny was that she wanted to spend more time dating him. Women’s Health revealed that the pair dated for seven months after taping wrapped but split when Kelly moved out of state. Kenny has moved on and is in a serious relationship while Kelly remains single.

Our intent is to parallel the significant moments in our life with images that capture how we feel, our experiences and what we learn from them. I would not have gotten through life’s experiences without this woman. Welcome to our every day and we appreciate the support! ⭐️ ⭐️ ⭐️ ? @robyndawnphotos

In an exclusive interview with Entertainment Tonight following the reunion, Kelly and Kenny opened up about their experience on the show and Kenny surprisingly revealed that she and Kenny agreed off-camera that they’d not get married on the show ahead of their scheduled wedding.

? – Scripture Sundays – ? – – Ref. @stevenfurtick Our tolerance for tension determines our potential for growth. If we are unwilling to embrace tension in a relationship, we will continue to throw people away as we practice old patterns with our new blessings. – We need to be “big enough” in our security in our faith in Christ that we are not threatened by the blessings that Christ is trying to deliver – God’s going to bring it to us – surely mercy and goodness will follow us. And it will come to where we are, not where we try to be – – ⭐️ not too high, not too low ⭐️ ? Credit: @robyndawnphotos

“We had been committed to seeing the experience through but what’s not shown is that she and I had conversations multiple times, also with the cameras recording, we’re adamantly not getting married,” he said. “That was never something that we were gonna do. So much so that we were both calculated that when we had an engagement to become engaged to get to the next step.”

Communication✨ Our relationship was based on vulnerability and communication, from the beginning to the end. These photos were taken post wedding; amongst the emotions that had us both stirring in our minds, we always were able to find comfort in one another. . In this moment, this beautiful moment, we both expressed how that was the hardest thing we’ve ever had to experience. . What was difficult was having my Mom and Dad see me in a wedding dress for the first time in my life, my Dad walking me down the aisle, our friends and family witness a wedding that wasn’t going to end in “I Do’s”. . And on the flip side, Kenny’s parents had to witness the same for their only son.? . Emotional is an understatement. . Kenny and I were on the same page pretty much the entire time. Out of respect for our ourselves, families and friends, WE said “I don’t”…? . Did we continue dating after the show? Are we still friends? Find out tomorrow on the Reunion show.? . . @loveisblindnetflix @netflix @lajoyphotographyllc . . #chaselifewithkelly #chaselifetogether #loveisblind #netflix #becomeabetteryou

Still, Kenny says he was disappointed and embarrassed at the way that things ended.

“My fears of embarrassment, my fears of that I’d stressed or disappointed someone – almost embarrassment like I’d brought people into something that I was clearly frustrated with,” he said.

With the revelation that they’d planned ahead of time to never get married on the show left many fans wondering why Kenny’s reaction was as drastic as it was.