Season 20 of Little People, Big World is here, and fans are itching for more information on where Matt and Amy Roloff stand now. Last season, viewers saw Amy make the huge decision to move off of Roloff Farms. And now, she’s searching for a home with the help of her fiancé, Chris Marek.

There’s a ton of drama on the show, of course. From Amy’s dislike of Matt’s girlfriend, Caryn Chandler, to Matt and Amy still having serious disagreements about what to do with Roloff Farms, fans have witnessed a lot unfold for the Roloff family. But Matt may have just said that some of the drama on the show is totally fake. Here’s what happened.

I get comments on here all the time about how people 'miss me on the show' or telling me I should 'do a few more episodes' with the family; I'm posting this to say that that will never happen. For the sake of 'the episode' and ratings I've seen a lot of STORYLINES drawn up (loosely) about our lives, and when I was standing here, behind the scenes and watching it from an outside perspective I just couldn't stop laughing. Laughing at how hard the producers have to try to get us to follow the talking points, and at how ridiculous the talking points are. . To misquote Chomsky, "the primary objective of any system is to preserve the integrity of that system", meaning, the primary objective I have felt and observed over the years of the 'crew' is to preserve their job and preserve the ratings, which is up to you to be right or wrong. That's not to say they are all soulless corporate shills or something, there are and have been good people involved but that doesn't negate the fact that they do have their own personal agenda. For me, noticing how the agenda of the crew doesn't work well with the health & happiness of our family is what made me decide quite a while ago that I would not be a part of it as soon as I was able. . All in all I appreciate people wanting me to 'be with the family' for a few more episodes, but the family that is filmed is not my family. They are the Roloff Characters and I have scarcely anything in common with them, nor do I want to be a character myself. As soon as the cameras drop however, its almost like they never played the part. 20 minutes after this picture was taken we all, plus friends, had a campfire late into the night. So, I am with my family and I love them I'm just here to say you'll never see that from me on TV again. (This picture is from a few months ago)

Reality TV is created to keep viewers’ attention, but fans have long wondered if the drama on LPBW was real or fake. According to Matt and Amy’s youngest son, Jacob, there was way too much dramatization on the show for his liking.

Jacob chose to leave the show behind, and he’s stated he’ll never come back to the series. He took to Instagram to explain exactly what he dislikes about being on TV, too — and a lot of it came down to watching his family become “caricatures” of who they really are.

“For the sake of ‘the episode’ and ratings I’ve seen a lot of STORYLINES drawn up (loosely) about our lives, and when I was standing here, behind the scenes and watching it from an outside perspective I just couldn’t stop laughing,” Jacob wrote on Instagram. “Laughing at how hard the producers have to try to get us to follow the talking points, and at how ridiculous the talking points are.” 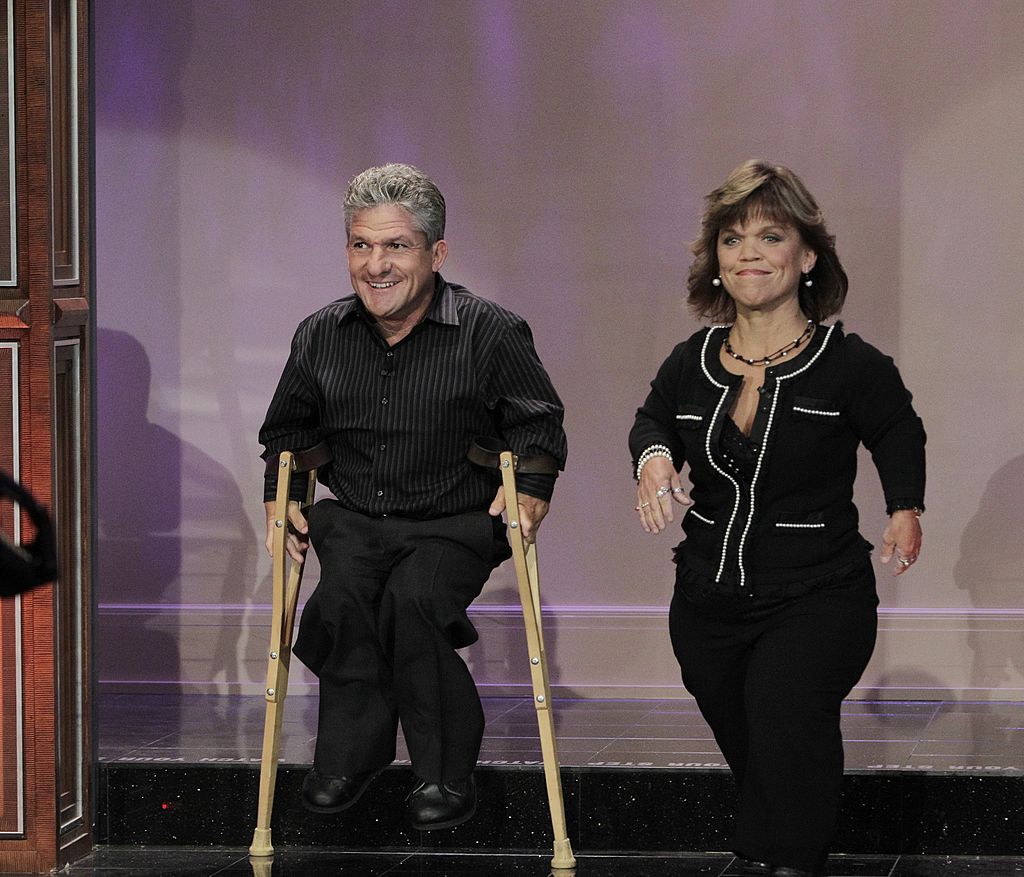 Jacob may be staunchly against the show, but Amy maintains that she’s always been her authentic, real self when on TV. While there’s certainly been a lot of dramatization and editing for the sake of the show, Amy’s talked about how her emotions are certainly her own.

Amy also spoke to Us Weekly about the success of LPBW, and she thinks fans have stayed invested for this long because of how real she and Matt keep it. “For the most part, we keep it real. My kids are real. They’re grounded. I don’t think, for the most part, we haven’t got our heads into a different space just because we have the opportunity to share a story,” she stated.

Amy also clapped back at those who claim the show is scripted. “I say, ‘No, it didn’t feel like the three hours that I was in.’ I like to think that we’re pretty honest, we’re pretty real – at least I am – sometimes to a fault.”

Matt Roloff said he and Amy ‘create drama’ on the show

Cha Cha and grandpa drew the winning ticket this Sunday afternoon. Played with Ember at the farm (sorry no photo) … then took Jackson to the park! They each played their hearts out… so did Cha Cha!

While Amy may claim to be authentic, Matt is keeping it real with his social media followers. In Touch Weekly notes he recently took to Instagram Live to talk about his life and the show. And he said there are plenty of times when the drama in the series is totally fake.

“When Amy and I argued about whether it’s a neck or a flag lot, we were just trying to make television,” Matt told his followers. “We know that those are the kinds of arguments back-and-forth that create interest and people like to hear.”

Matt continued by saying that he and Amy often are “poking each other in the rib to create some drama.” “I like to joke with people that I don’t do drama in normal life, I like to only get paid for my drama,” he added. “So, when we’re doing the show, we create drama. And Amy does, too. We’re both doing the same thing.”

We’re not sure if Amy’s going to make her own comments about the validity of the show. But it’s clear where Matt stands. Either way, we’re still tuning in to see what the Roloffs are up to!