The money saving expert was invited onto the ITV show to give viewers advice on the government’s furlough scheme as Chancellor Rishi Sunak prepares to wind down the financial aid in July. However, Martin Lewis gave Susanna Reid and Ben Shephard a shock on Good Morning Britain when he revealed he wasn’t wearing any trousers.

Martin joined the presenters via video link from his home office and was smartly dressed in a black shirt.

Sharing a question from a viewer, Susanna began: “She’s asking about chasing an employer who has failed to pay a furlough wage but has used that money to pay for other things.

“Now the question is, can an employer report their employer without the risk of losing their job?” 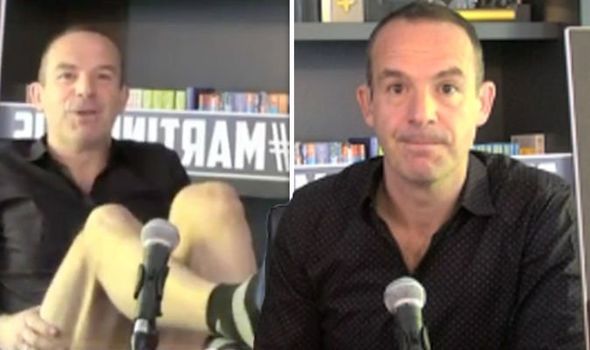 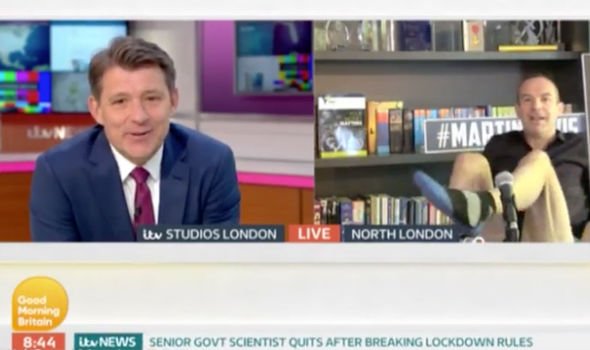 “The second thing is if an employer has put in that you will be furloughed, let’s remember furloughing is for an individual. Then they have put in your salary and get money for your salary, then by law you get that money, all of that money.”

Martin answered a number of questions before the GMB hosts wrapped up the interview by commenting on his attire.

“You’re looking very smart and organised in front of your bookcase in your office,” “Ben remarked. “I’ve been led to believe though…”

Martin interrupted Ben by revealing he wasn’t wearing any trousers as he put his bare legs up on his desk in front of him. 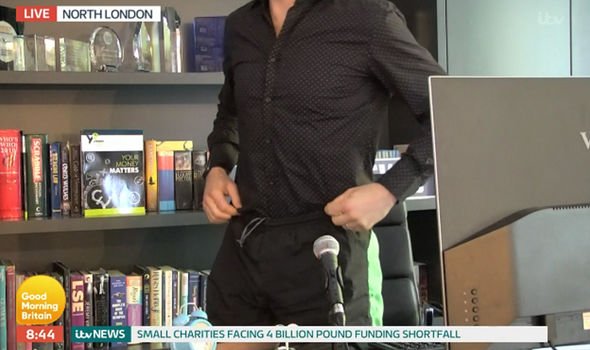 Explaining why he was in a state of undress, Martin clarified: “I’m running afterwards Ben.”

“Oh dear,” Susanna could be heard saying while viewers were given a glimpse of the money saving expert’s legs.

“I’m running afterwards, this was all a prop,” Martin remarked.

Susanna and Ben tried to establish whether the financial expert was wearing anything but Martin’s attention turned to something off-camera.

“He is wearing shorts, I’m sure,” Susanna remarked while Ben added: “We can only see your knees, we’re reliably informed there is something else there as well.”

Realising the Good Morning Britain hosts were trying to get his attention, Martin asked: “Sorry, what was that? I missed it.”

“Definitely don’t go running with nothing on,” the Good Morning Britain host joked.

Standing up, Martin reassured: “No, no, no, there are shorts here.”

Good Morning Britain viewers were taken aback by the unexpected scene as one tweeted: “#GMB AArrrggggg some things can never be unseen #MartinLewis.”

While another commented: “#GMB Martin’s got those tendons like I’ve got.”

Good Morning Britain airs weekdays on ITV at 6am.