Martin Lewis, 47, joined This Morning hosts Phillip Schofield, 59, and Holly Willoughby, 39, on today’s show, offering financial advice to viewers for the call in. As those who regularly watch the programme know, the money-saving expert usually wears a suit or smart dressed clothes when he speaks on the programme, even if appearing via video link from his home. However, it was being away from the ITV studio which seemed to throw the presenter off point as he ended up speaking to his colleagues in his gym kit.

With many viewers stressing about their finances at the moment, speaking on air with the financial advisor would have been a great help.

The presenter wasn’t seen in a smart getup, however, and was seen wearing a blue sports top. Martin explained he had “mistimed” when the hosts would be calling on him.

This led the star to apologise as he felt hugely embarrassed for the wardrobe blunder before assuring his colleagues he would be better dressed later on in the show. 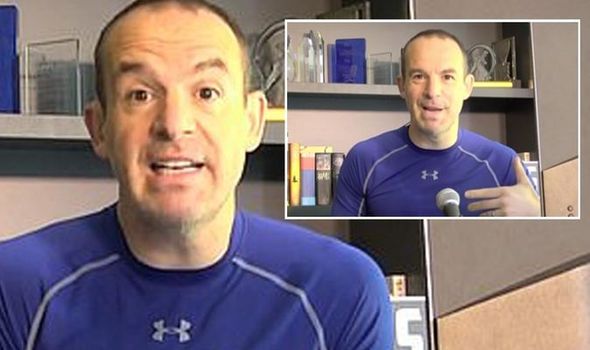 Sitting in a blue sports top, the presenter said: “Apologies about my appearance, I didn’t time my exercise right.”

Holly quipped: “I thought you were doing a Joe Wicks on us,” to which he added; “It’s the nature of working from home.”

Martin laughed off his embarrassment, however, before proceeding to tell viewers what he would be discussing later in the programme.

When the money-saving expert made his second appearance on the show, he was seen wearing smarter attire, donning a white suit shirt.

Phillip joked his colleague had “finally got dressed” after speaking with his gym kit on earlier in the programme.