MasterChef was back with a bang this evening and the “sensational seven” semi-finalists returned to the kitchens to cook up a storm for judges John Torode and Gregg Wallace. But this round saw a special chef guest enter; Michelin-star-awardee Tom Kitchin. He challenged David, Sandy, Thomas, Claire, Jasmeet, Christian and Beverley to recreate seven of his personal favourite dishes. But those watching at home criticised the ingredients and the difficulty of the recipes considering the contestants were all amateur cooks.

John introduced: “Today we have invited in a special guest and each of you have the challenge of cooking one of his very special recipes.”

And Gregg added: “I think his food is outstanding and I think this is an incredible challenge for you.”

Tom then joined the two judges in the kitchen and BBC One viewers were given a quick précis of his accomplishments.

In a pre-recorded segment, Tom said getting to the top of his career was “brutally hard” and it involved “blood, sweat and tears”.

“Anyone will tell you, to get to the top of this industry you have to dedicate yourself – a bit like a top sports man or woman. 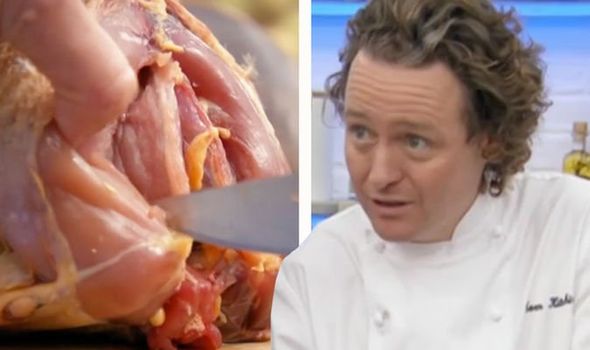 “Honest flavours, big, big flavours. My cooking looks simple but actually its’ very complex, because to create simplicity is sometimes more challenging than complexity,” he remarked.

“Each of you have one of my personal favourite recipes, each recipe is completely different. I’d like you to read the recipes, then read them again, cook your hearts out and you’ll create a really memorable dish,” Tom told the semi-finalists.

They each had two and a half hours to recreate the dishes “perfectly”.

Thomas was in charge of one of Tom’s “signature seafood starters” – a velvet crap bisque with a scallop and crab mousse ravioli.

Discussing the opportunity to cook a dish of Tom’s for Tom, Thomas said it was “quite daunting”.

“It’s not just a dish that’s been made up overnight, this is decades of professional training,” the contestant added. 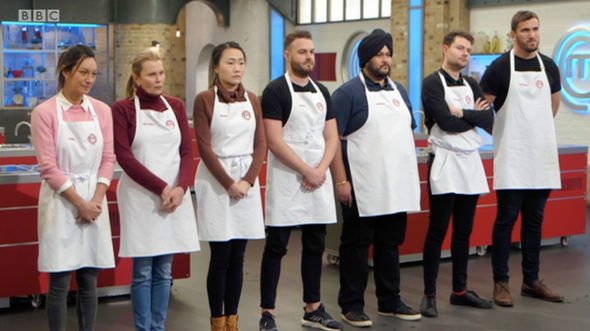 Jasmeet was in charge of cooking braised North Sea squid, served on a potato risotto with a squid in tuile.

“I haven’t worked with squid at all,” Jasmeet confessed to Tom, who initially panicked then remarked: “I love that! That’s what today is all about.”

Clare’s challenge was to replicate one of Tom’s Scottish favourites; a game burger made of five different meats, served with a celeriac soup and topped with a fried quails egg.

“Winter on a plate this one!” Tom exclaimed when discussing the dish. “Pheasants, grouse, wild duck, partridge – all the different game birds, minced together, using the liver and the hearts as well. Mixing it with minced pork belly and creating a beautiful game burger.”

As for Christian, was responsible for one of Tom’s signature lamb dishes; a stuffed saddle of lamb served with braised lettuce and boulangere potatoes. 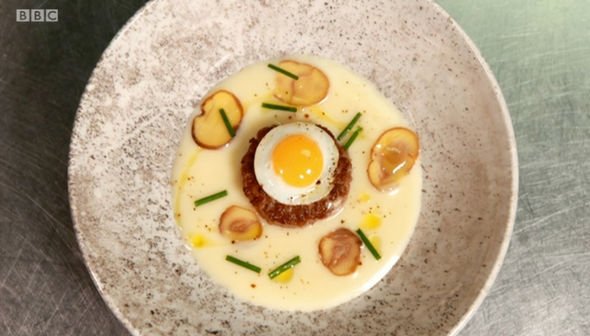 “It’s very challenging,” Tom explained and Christian agreed: “This is probably one of the most technically challenging bits [cutting the lamb], so hopefully we can nail this and get on with all the simple stuff!”

David’s first task was to butcher a whole rabbit for his dish of stuffed rabbit leg served with chorizo and artichoke barigoule.

“Little bit concerned about seeing a whole rabbit,” David remarked. “I’ve never cooked rabbit in my life before but this is about learning isn’t it! When you read the method there’s just so much to it.”

And Tom said: “so many things could go wrong in this dish”.

Beverley was in charge of the first of two desserts; a baked egg custard tart served with rhubarb cooked three different ways.

“Who doesn’t enjoy egg custard tart!” Tom stated but for Beverley, “pastry was [her] biggest weakness”. 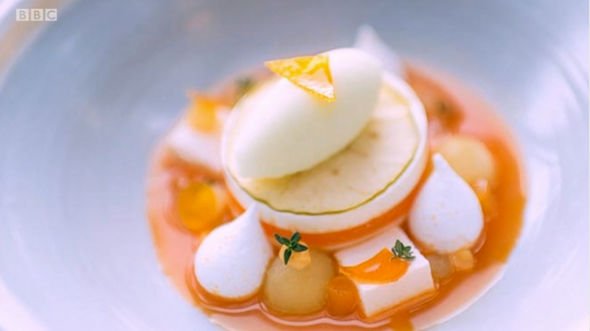 Sandy was given the final dessert to create, an intricate recipe centered around the coastal berry of sea buckthorn, which Tom described to have a “unique flavour”.

Those watching took to Twitter and discussed the unusual ingredients being used and suggested the dishes were incredibly hard for these home cooks.

“I normally enjoy watching #MasterChef but tonight’s episode is totally unwatchable,” one said, while a second wrote: “All these dishes sound like shite you read about in history books that Henry VIII ate. Making me sick #MasterChef.”

Another added: “#masterchef Two words for these dishes tonight. Yuk…………..and…..yuk!”

“SO MANY DEAD CREATURES…..Nothing to celebrate here. #masterchef,” a viewer commented while another remarked: “#Masterchef is not very good for #vegetarians tonight is it!?”

Someone else commented: “This seems like a very difficult semi final task #masterchef.”

“Pretty tough dishes they’ve been given on #MasterChef But, gosh, Tom Kitchin’s food looks so good,” one tweet read while another said: “Being able to make marshmallows tho… my mind is blown. I consider the mallow a mythological product from Wonka industries. #MasterChef.”

Only five out of the seven semi-finalists were going to be taken through to the next round and that meant it was time to say goodbye to Jasmeet and Christian.

Fan-favourite Christian said he was “pretty disappointed to be going home” but said he “really enjoyed it and met some amazing people”.

“Really proud to have made the final seven – to get this far is great! I’ll walk out with my head held high.”

Upon Jasmeet’s exit, he said: “It’s been such an amazing experience, it’s something I will cherish and always keep close to my heart and remember it.”

Tomorrow night will see the final five pushed to their limits as they battle for a place in finals week.

MasterChef returns tomorrow night on BBC One at 7.30pm.