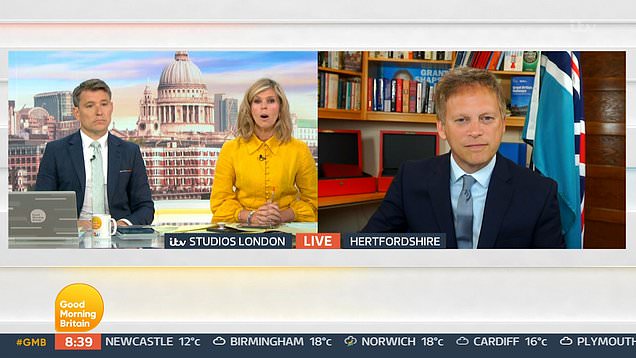 Kate Garraway and Ben Shephard chose not to openly refer to reports of Matt Hancock’s ‘affair’ on Good Morning Britain, instead briefly alluding to his ‘personal life’.

Pictures have emerged of the Health Secretary, who is married to wife Martha Hancock, appearing to kiss his closest aide, Gina Coladangelo, outside his office.

The incident is alleged to have taken place in the corridor outside his Whitehall office on May 6, with Government guidelines restricting physical contact with people from other households at the time the photos were captured.

The images were on the front page of today’s issue of the Sun, but the ITV hosts chose not to openly address the claims on the programme.

‘We do have to talk to you about the front page of the Sun today,’ she said. ‘We’ve taken the decision not to show it but people will see it, and people will comment on it. 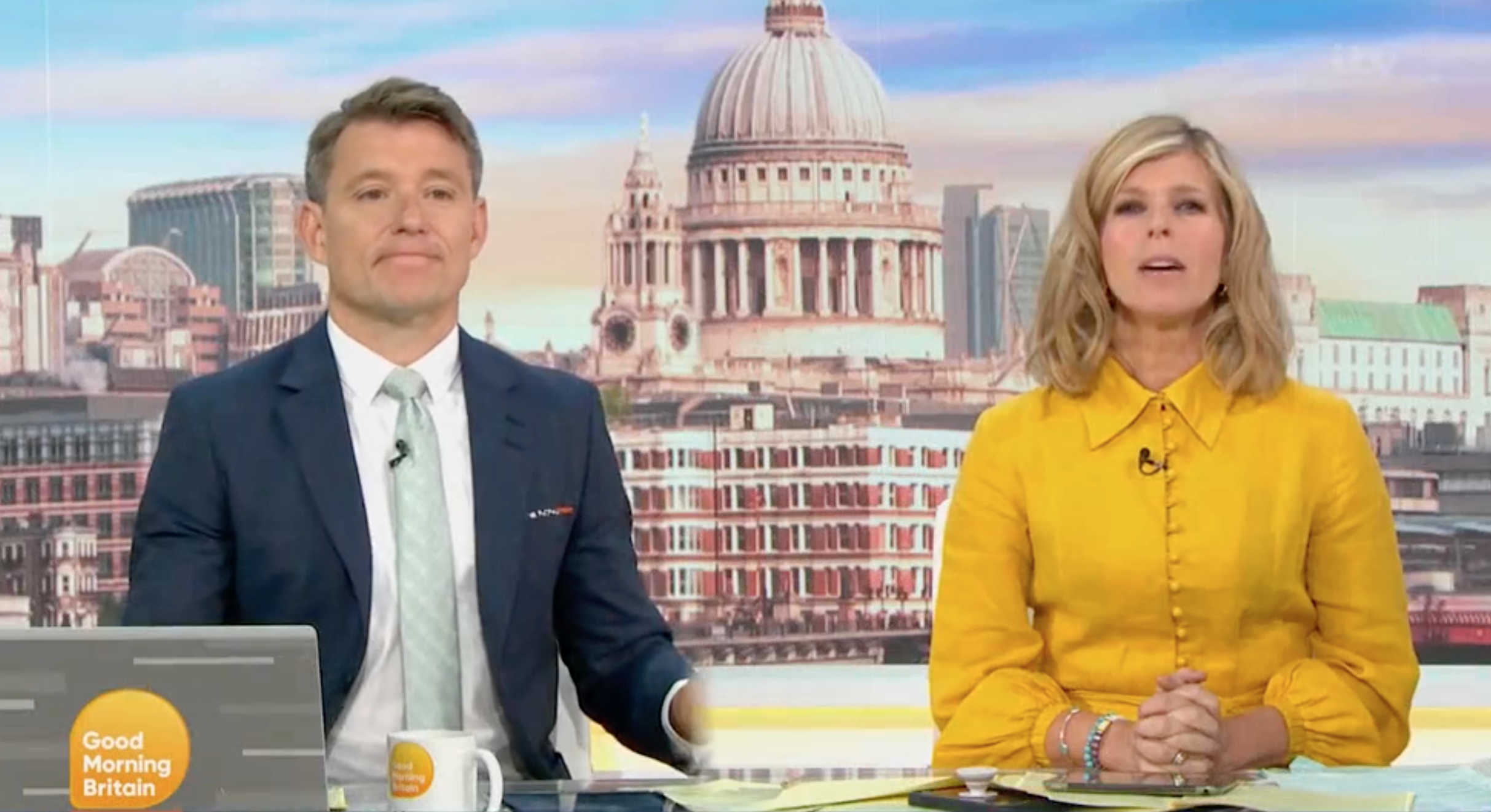 ‘I’m sure you’re going to say it’s an entirely personal matter – it relates to the Health Secretary, Matt Hancock – and not comment on it. He is in a very important position and you must have to talk to him all the time about decisions you’re making…

‘Have you made contact with him this morning? Have you tried to discuss how this might affect, even just the allegations, his ability to do the job?’

‘As you rightly say, it is a private matter,’ he replied. ‘People have personal relations and it’s not my job to comment on their personal life. The job I’m interested in is is the job that’s done as Health Secretary.

‘We’ve been talking about the extraordinary levels of vaccination in this country, I see that we’ve just overtaken Israel, who have been the the leaders in terms of first vaccinations, for the first time.

‘And all of that’s happened because we’ve had a very active vaccination programme. So those are the things, obviously, the Health Secretary is primarily responsible for. I can answer for those things.’

While not referencing the allegations, Kate also suggested that his team will be ‘very distracted’ by handling the reports today, to which Mr Shapps replied: ‘We’re all human beings, right?

‘We all have personal lives and families, friends, other personal things that we just have to deal with, day-to-day. As I say it gets dangerously close to moralising about somebody else’s life…’

When Ben questioned whether his colleague could ‘survive’ this, he added: ‘I think he’s been doing a great job and there’s no reason why he shouldn’t carry on doing that work.’

Mr Hancock has been married to wife Martha for 15 years, with the pair sharing three children.

A whistleblower who used to work at the Department of Health told the Sun the pair had regular clinches together.

The source added: ‘They have tried to keep it a secret but everyone knows what goes on inside a building like that.

‘I’m just amazed he was so brazen about it as he was the Secretary of State.’

A friend of his reportedly told the publication that ‘no rules have been broken’ and that ‘he has no comment on personal matters’.

Good Morning Britain continues on weekdays, at 6am, on ITV.