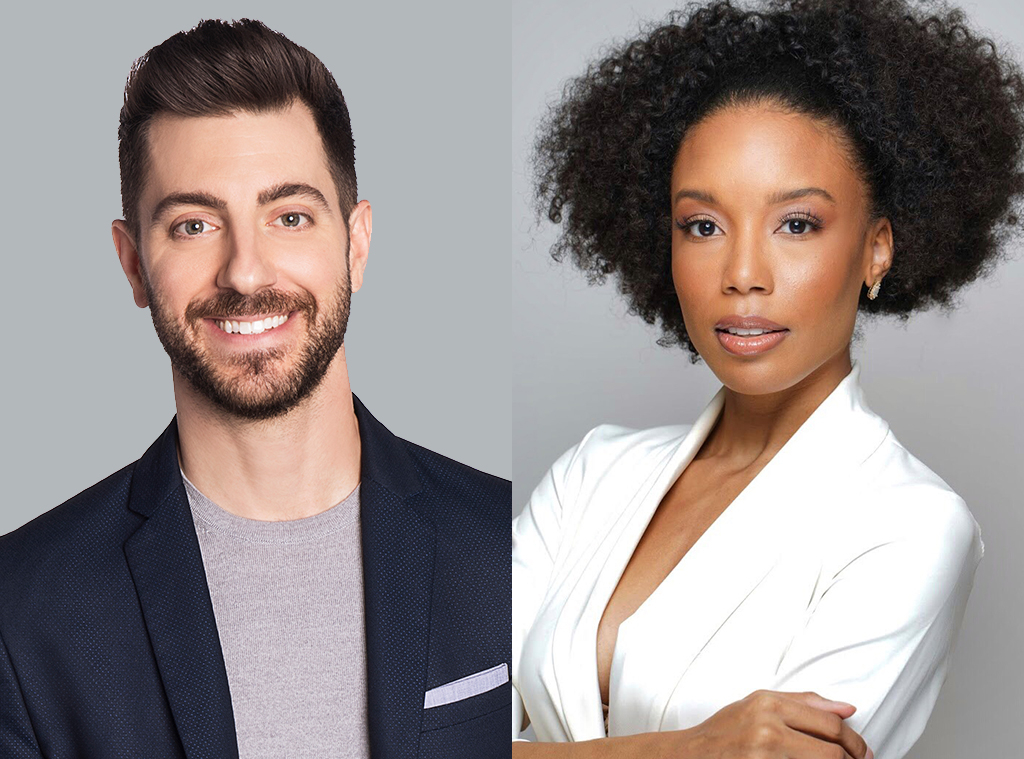 From Sophie Turner to Zac Efron, many of Hollywood’s biggest stars are heading to Quibi—so it’s only right that E! News is joining them.

That’s right! When the new, mobile-only streaming service launches on Monday, April 6, so will a brand-new pop culture and celebrity daily series produced by the NBCUniversal Digital Lab: Close Up by E! News. Like everything else on Quibi, all of the show’s episodes will be 10 minutes or less. You’ll never be out of the loop again!

And it’ll all be thanks to the hosts of Close Up by E! News, Will Marfuggi and Courtney Tezeno.

Marfuggi is an Emmy-nominated E! News correspondent based in Los Angeles. He’s been covering the biggest entertainment news and pop culture stories for over 15 years, all while being a fixture on red carpets at premieres, parties, and award shows and press junkets. His straight forward, unfiltered pop culture commentary explains the biggest news stories clearly and lets his audience know they aren’t getting PR spin.

When Marfuggi isn’t at work or spending time with his wife and daughter, he can be found trying his best to keep fit through boxing, jujitsu, yoga or pilates and, as always, obsessing over Marvel movies and Bravo reality shows.

Tezeno, a TV host and producer, is also based in Los Angeles. She got her start at a Midwest news station before taking a position as a red carpet reporter and eventually writing, producing and hosting daily entertainment news segments featured on AOL, Huffington Post, and Yahoo. Most recently, Tezeno worked across all Entertainment Tonight platforms, including the Emmy award-winning broadcast and 24/7 streaming network, ET Live. Buzzfeed named her one of the Top 5 Black Female Entertainment Journalists under 30 in Hollywood.

If Tezeno isn’t binge-watching her favorite ’90s sitcoms or managing Beyoncé‘s beyhive, you can find her volunteering in the Los Angeles community.

Together, Marfuggi and Tezeno will fill you in on what’s going on in Hollywood and why you should care. Every episode features fun, authentic segments like “Today’s Top Story” with what you need to know right now, and “The Scroll Down” with headline hits to keep you pop cultured.