MODERN Family's Ariel Winter has told how she sliced off the tip of her thumb – before accidentally chucking it away in the trash.

The actress was attempting to cook a Greek dish during lockdown when the incident happened. 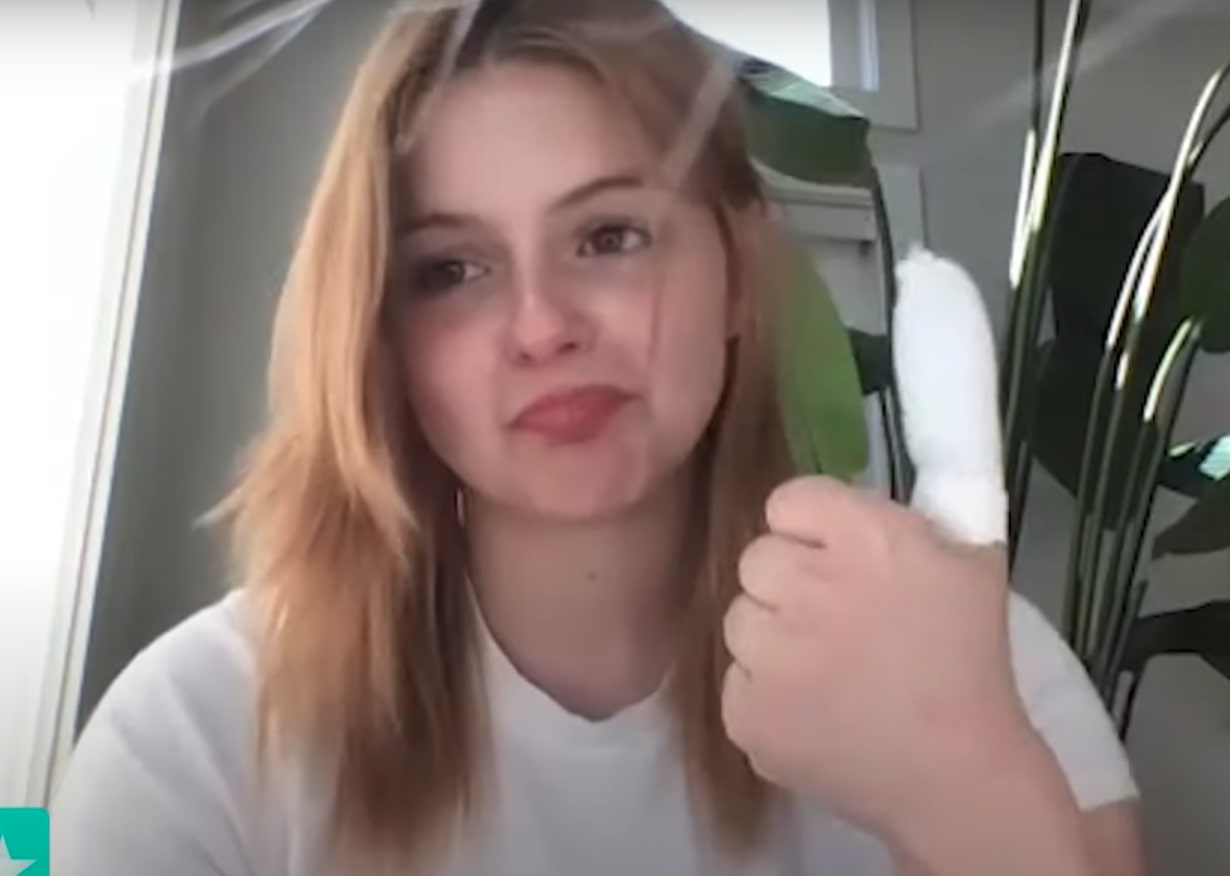 Ariel, 22, has been self-isolating with boyfriend Luke Benward and thankfully he was close by to help and get her to hospital.

As she recalled the story to Access Hollywood, Ariel explained: "I was trying to make Greek food, 'cause I'm Greek and so I was like – 'All right, I'm gonna try all these new things. I wanna try and make this. I wanna try and make this dish I love.'
"Chopped four onions and it was great. I just got new knives too.'
Revealing her bandaged thumb, she went on: "So I went to chop a peeled tomato and sliced the top part of my thumb off on a peeled tomato.

"I was so shocked that it was more like hyperventilating. 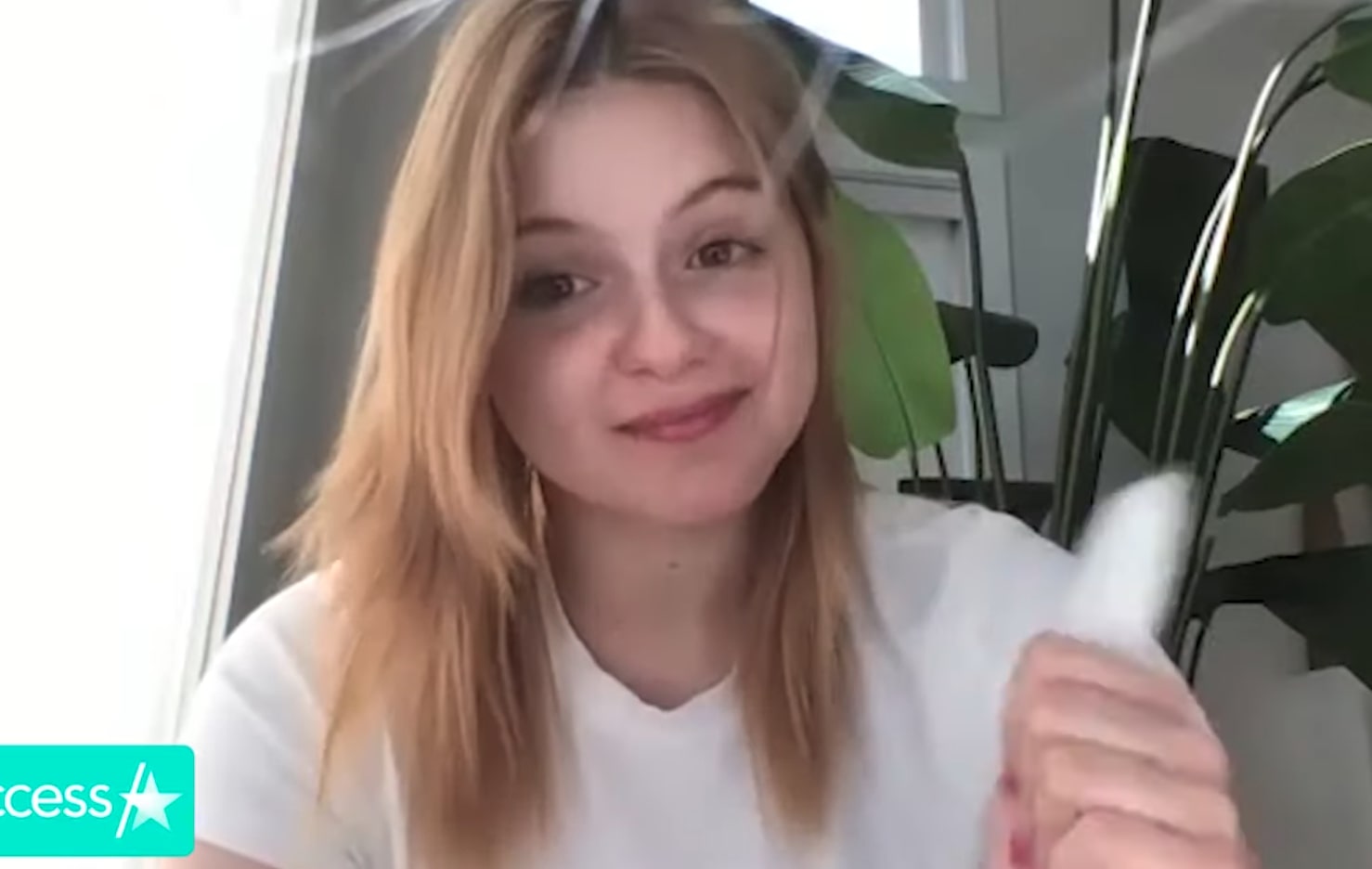 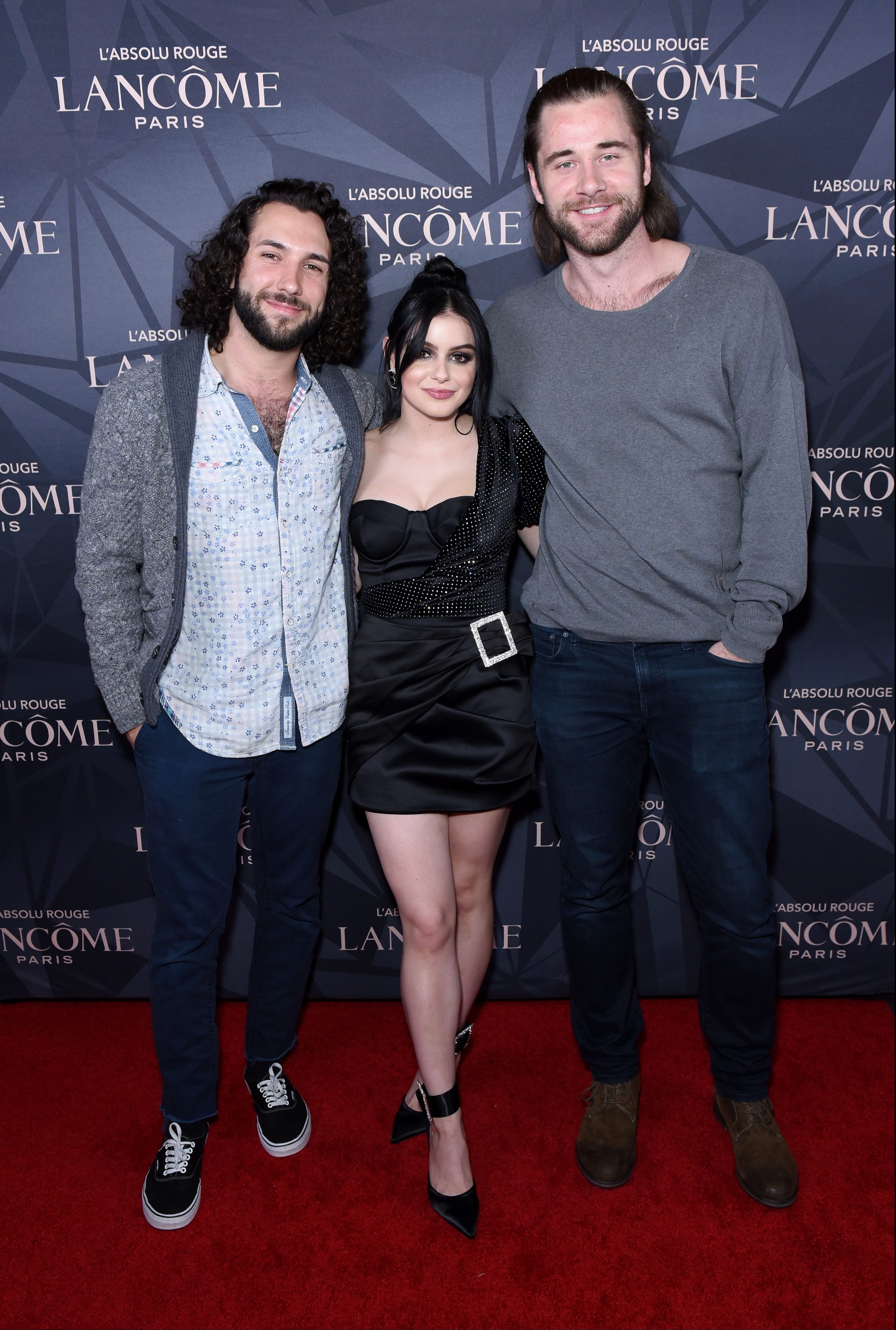 Explaining that she'd "apparently sliced an artery" because of the amount of bleeding, 24-year-old Luke made the decision to take her to hospital.

"He actually brought the tip of my finger to the hospital," the television star recalled.

But she admitted that she'd then thrown away "a good portion" of her thumb after the nurse handed it to her in a plastic bag.

She laughed: "[They] didn't like tell me that it was the tip of my thumb too, so I accidentally threw it away and we had to go get it." 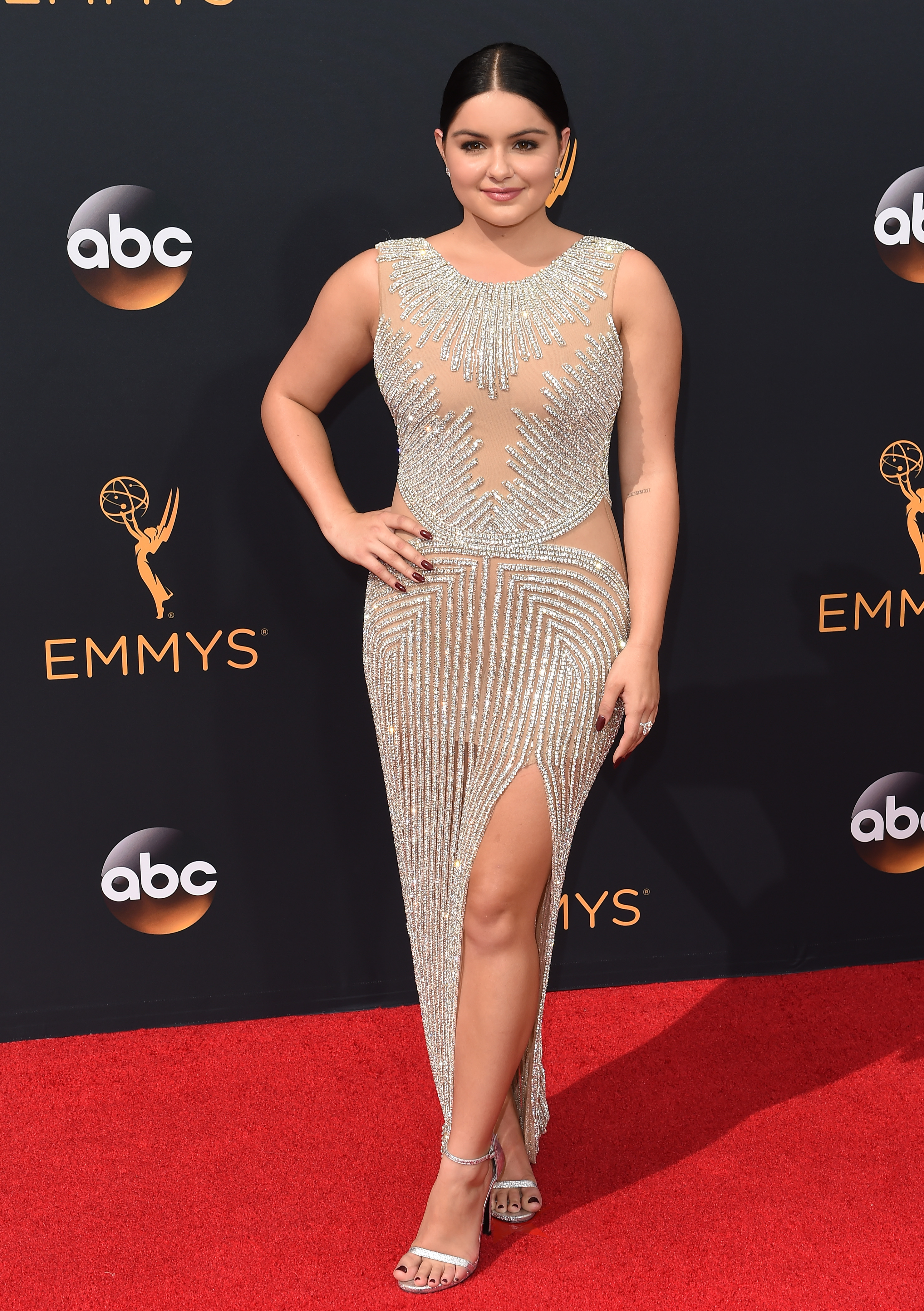 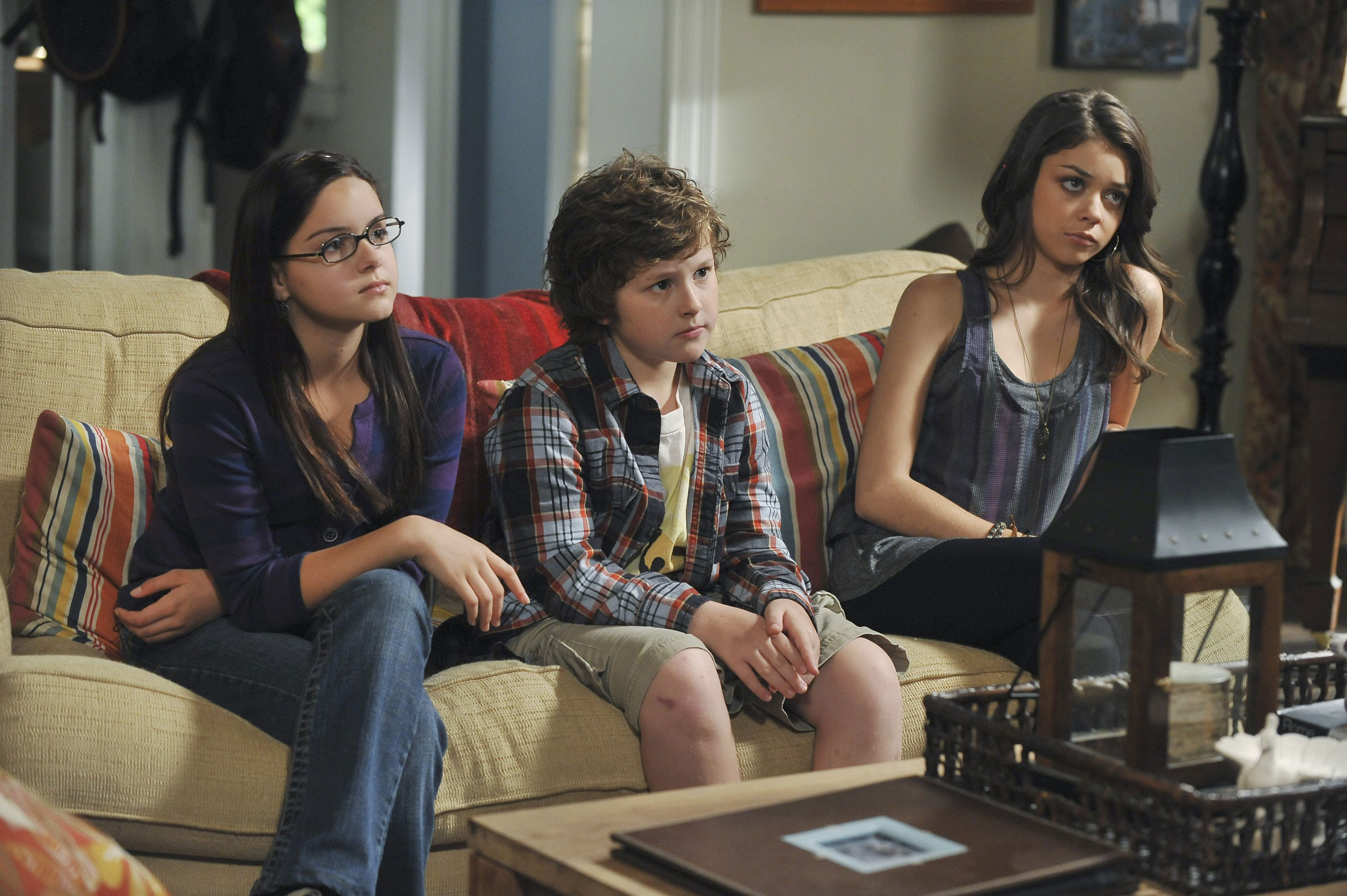 Staying positive about the situation, Ariel – who filmed the final episodes of Modern Family last month – added: "It definitely hurt and wasn't fun and it was like a good portion of it, but it's at the same time, you know, they took great care of me.
"Obviously I was bleeding a lot but again it's my thumb. Like so many people are in there for so much worse and I was, you know, I was perfectly fine."