Naga Munchetty, 45, hosts BBC Breakfast with Dan Walker, 43, on a daily basis and it was during an appearance on the sofa last July, the presenter offered her opinion on President Trump’s, 73, comments on social media. The journalist’s stance on the matter led the BBC to take action, with the broadcaster’s Executive Complaints Unit stating she had “breached editorial guidelines”. After the decision was overturned months later, her co-star has said she “didn’t want any more attention” after the ruling.

The comments made by President Trump were posted on Twitter, in which the politician insinuated four congresswoman “go back” to “places from which they came”.

In response and discussing the matter on the BBC Breakfast sofa during a broadcast on July 17, 2019, Munchetty offered her take on what she believed was a message “embedded in racism”.

Sat with her co-star, the presenter said: “I’m not accusing anyone of anything here, but you know what certain phrases mean.

“I can imagine lots of people in this country will be feeling absolutely furious that a man in that position feels it’s okay to skirt the lines with using language like that,” she continued, to which some viewers complained to the broadcaster, leading to the disciplinary action. 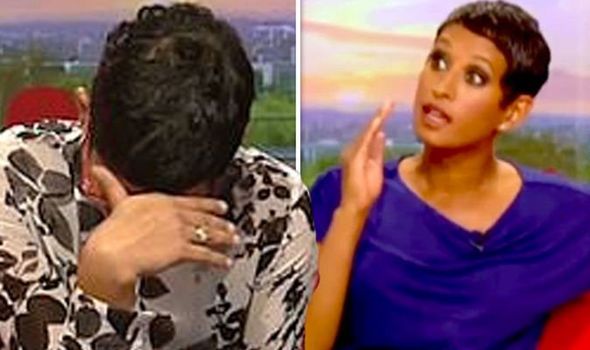 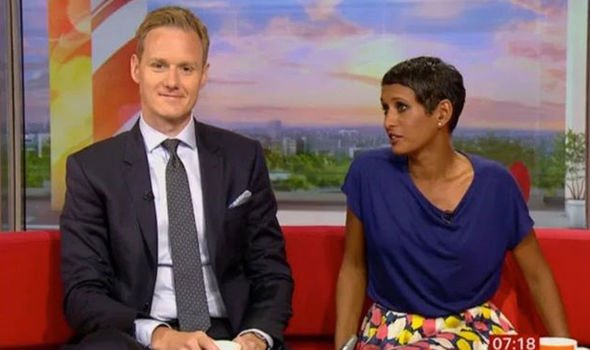 However, speaking for the first time about the controversy, Walker has said the reason he didn’t publicly discuss it before was because his co-host “didn’t want any more attention.”

After the original ruling was made in September, Munchetty was not seen back on-screen until Director-General Lord Tony Hall, 69, overturned the ECU’s decision.

The presenter made no reference to the headlines about her and it seemed the matter had been skirted under the carpet.

In an interview with Radio Times, Walker has explained why the matter was ignored on-air and said both he and his co-star may have “shared too much” with regards to President Trump’s comments. 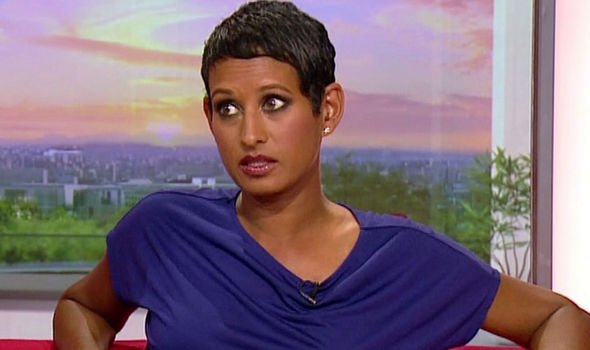 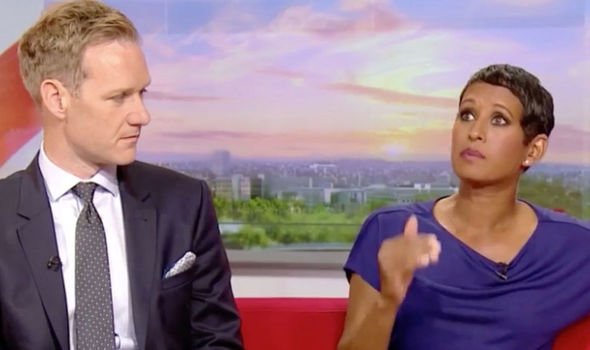 She was at the centre of this storm

“We are there to share a bit of ourselves, and maybe we shared a bit too much. At the time it felt a very natural conversation,” the broadcaster said.

Walker added: “I don’t regret it, and I don’t think Naga does either,” before going on to talk about why he didn’t offer his opinion on the ruling at the time.

The host explained he did it “out of respect” to his colleague and asked her if she wanted him to speak about it.

“She was at the centre of this storm. I felt I should have said something in support of her, but she didn’t want any more attention.

“The day the story came out, I wrote to Tony Hall, saying, ‘If Naga is guilty, then I’m guilty’. At the time I didn’t know I’d been mentioned in the original complaint.”

Lord Hall’s decision to overturn the ruling came as a result of many BBC staff members and high profile celebrities petitioning against the action taken.

Speaking from her perspective, Munchetty opened up about the situation during an interview with British Vogue earlier this year.

“You have to show empathy. You cannot sit there and be a robot on that sofa,” she said, going on to admit she stood by her comments.

Mayor of London Sadiq Khan, 49, expressed his support in the BBC and Lord Hall overturning the ruling against Munchetty.

In a post on Twitter, the politician said: “Racist words and actions should be called out, as should racists.

“The BBC have finally made the right decision in overturning the ruling on this complaint,” he concluded.

BBC Breakfast airs weekdays at 6am on BBC One.