Elly Conway (played by Jodi Anasta) is reeling from the aftermath of Finn Kelly’s (Rob Mills) recent murder spree and after narrowing escaping death herself, is now faced with being blamed for the sinister character’s demise. During Finn’s rampage, the mum-of-one was almost killed but Neighbours viewers know she had nothing to do with the murderer’s death. However, with Elly’s exit already confirmed, could the young mum follow in Finn’s footsteps and tragically die on the Channel 5 soap?

Finn’s death was entirely accidental as he drowned in the shallow grave he had dug for Susan Kennedy (Jackie Woodburne).

However, when police discovered the body, they found Elly burying the body after climbing into the grave to check if he was alive.

Elly was subsequently charged with Finn’s murder and despite protesting her innocence was told pleading guilty was her best option.

Lawyer Toadie Rebecchi (Ryan Moloney) advised his client to seriously consider the offer and was confident she’d be given a light sentence if she agreed. 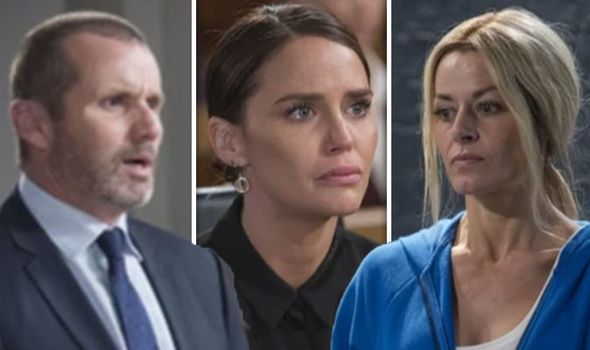 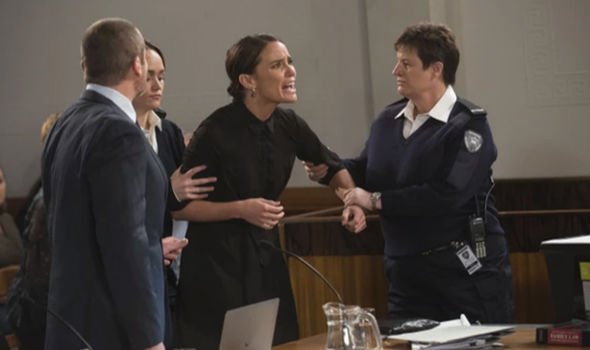 With baby Aster at the forefront of her mind, Elly decided to plead guilty but upcoming scenes will show she’ll be devastated by the judge’s decision.

Instead of receiving a lighter sentence as promised, she is given a three-year prison term that is to start immediately.

Elly is heartbroken as she says goodbye to Aster before listening to advice from Sky Mangel (Stephanie McIntosh).

Sky went to prison in 2007 under very similar circumstances and took her baby with her. 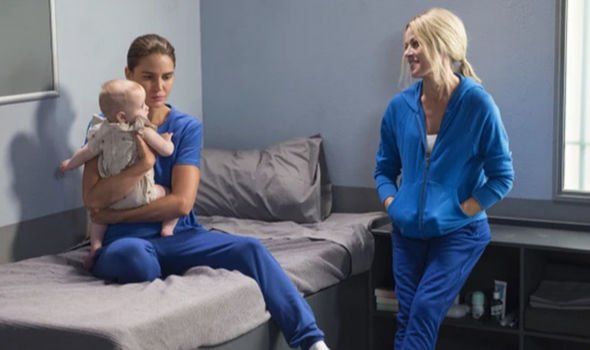 Toadie immediately sets about organising an appeal as he tries to work out why the judge was so harsh to Elly.

Neighbours has revealed fans will discover there is something far more sinister going on behind Elly’s sentencing.

Elly star Jodi has revealed fans should expect the unexpected when her character exit’s the soap.

“The main thing is it will be dramatic in a very unpredictable way and I have been watching social media, and I think people think that because of the charges, she will go to jail and that will be it,” Jodi told Daily Star Online.

“Elly goes through all of the emotions, and I can’t say too much about that, but what I can say is whatever you think you think, it’s not right.”

Meanwhile, Elly begins her stint in prison and is horrified when she bumps into Andrea Somers (Madeline West).

She realises Andrea is up to her old tricks and holds a lot of influence in prison but what could the twisted twin of Dee Bliss (Madeline West) want?

Neighbours fans will remember Andrea caused a lot of trouble when she turned up in Erinsborough impersonating Dee.

Andrea tricked Toadie into believing she was Bee for months and subsequently became obsessed with him.

When her true identity was exposed, the twisted twin turned violent before finally getting her comeuppance.

Spoilers reveal Elly will get caught up in a prison riot and considering Andrea’s influence, the young mum could be in serious danger.

Will Elly say goodbye whilst behind bars or will her exit have one final tragic twist in store?