NETFLIX'S White Lines cast have lifted the lid on the sex parties, Ibiza raves and death-defying stunts in the new gritty drug thriller.

The "whodunnit" series, which is set to hit our screens later this month, follows the story of Zoe Walker (played by Laura Haddock), a quiet librarian from Manchester who travels to Ibiza to investigate her brother's death. 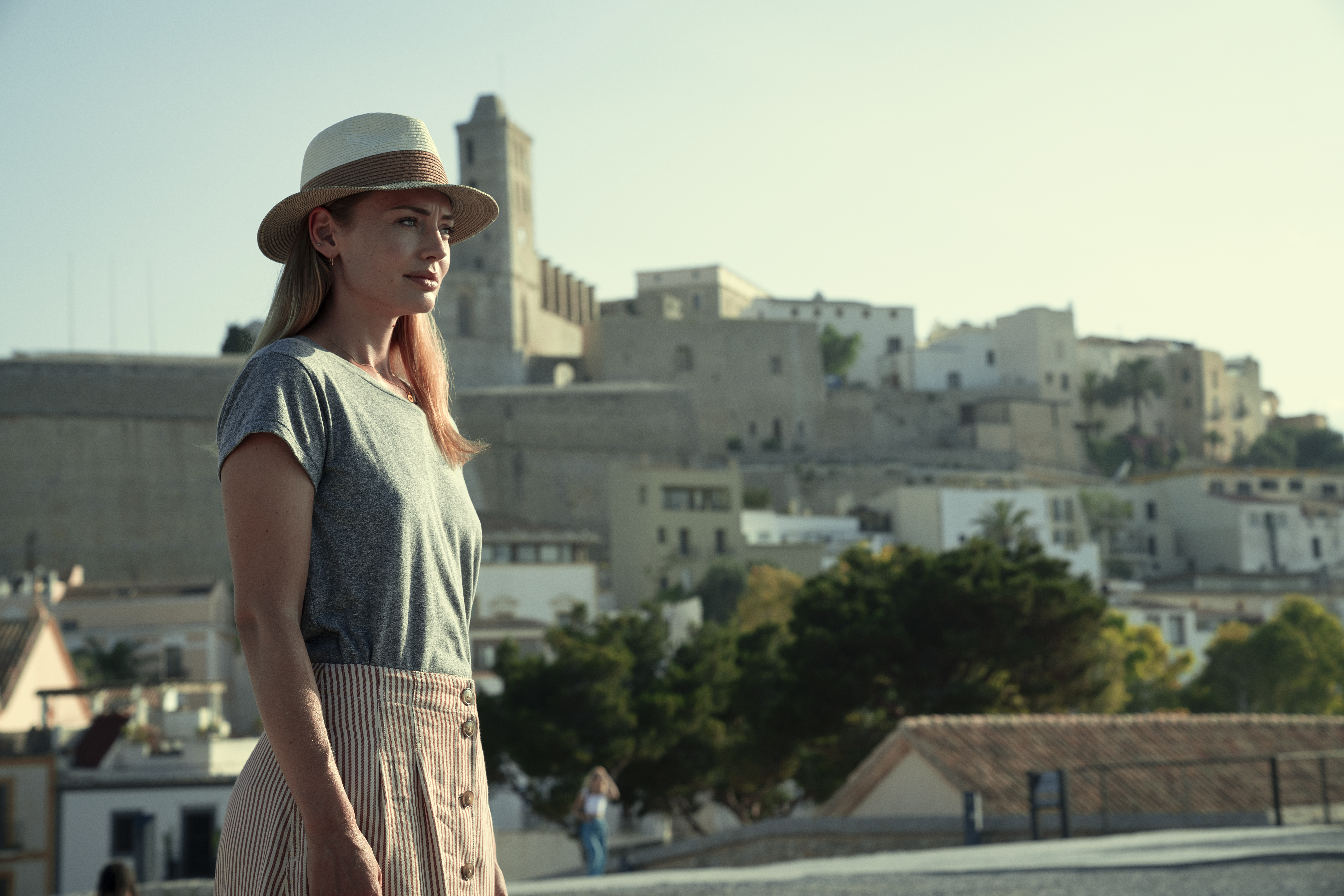 After being told that her brother's body had been found, a whopping 20 years after he went missing, Zoe decides to pack up her bags and fly over 1000 miles to the party capital to get some answers.

The British-Spanish thriller, which is written by Alex Pina, follows her journey as she discovers the truth about her sibling – Axel (played by Tom Rhys) – who she idolised after their mother's death.

After struggling to come to terms with his loss, Axel moved abroad to Spain and worked as a DJ – and when he was reported missing Zoe turned to drugs and ended up getting checked into a rehabilitation hospital where she met her now-husband.

Viewers begin to see her reconnect with the person she once was as she tries to get to the bottom of her brother's death. 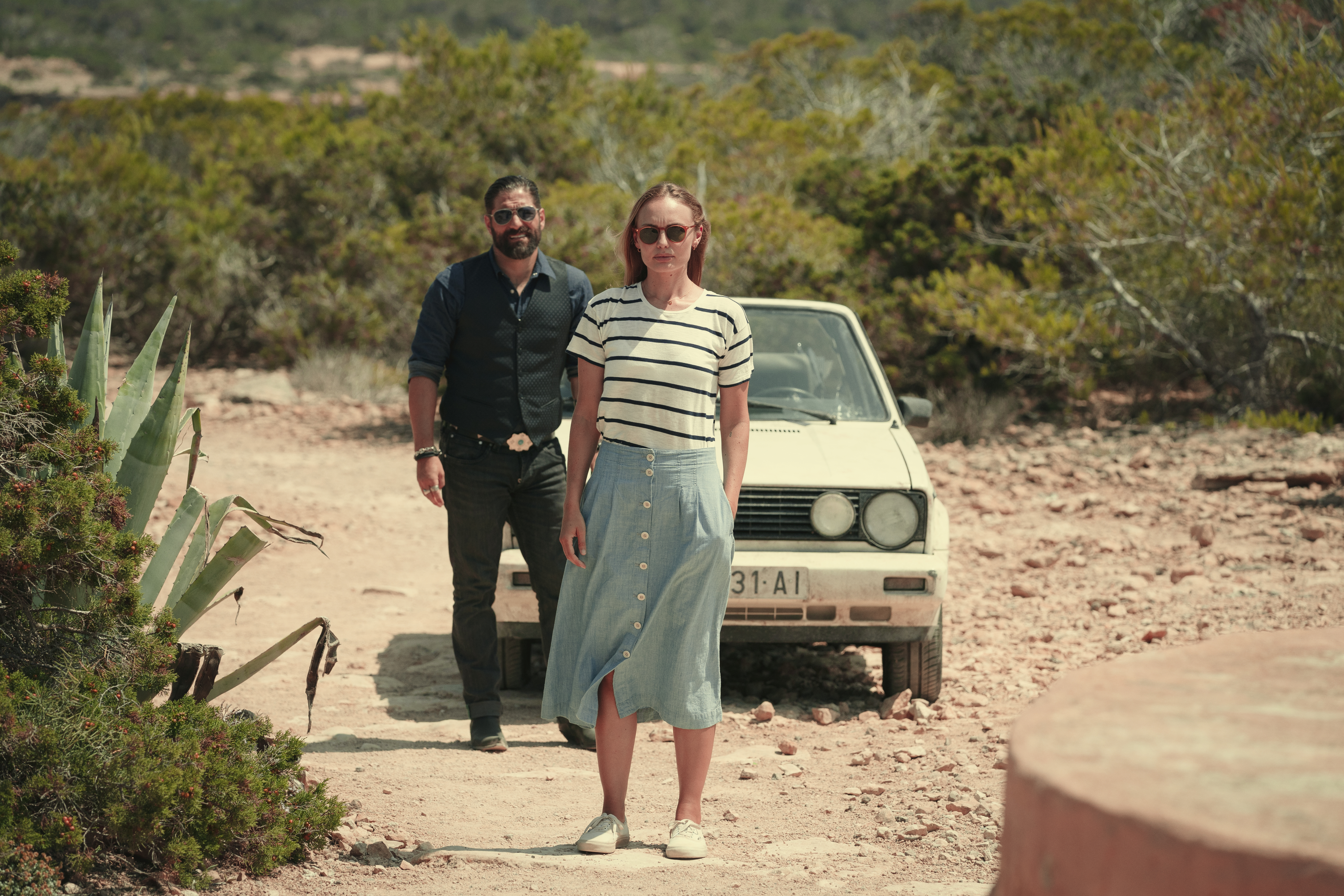 The show, which is made up of a mix of English and Spanish dialogue, was filmed in various locations in Spain, including Majorca, Madrid and Ibiza – and the cast had a blast filming together.

Speaking about the amazing locations, Laura Haddock said: "Ibiza was awesome. I think we did many a straight-through there. There were times on set I was thinking, ‘When did I last go to bed?’
"I’d be picked up at 6am and the rest of the cast were only just going to bed and I was thinking, ‘This is carnage, how have I just done an all-nighter?"

The cast – which consists of Marta Milans, Juan Diego Botto , Nuno Lopes, Daniel Mays, Laurence Fox, Angela Griffin and Laura Haddock – all got to bond on their boozy nights out in Ibiza. 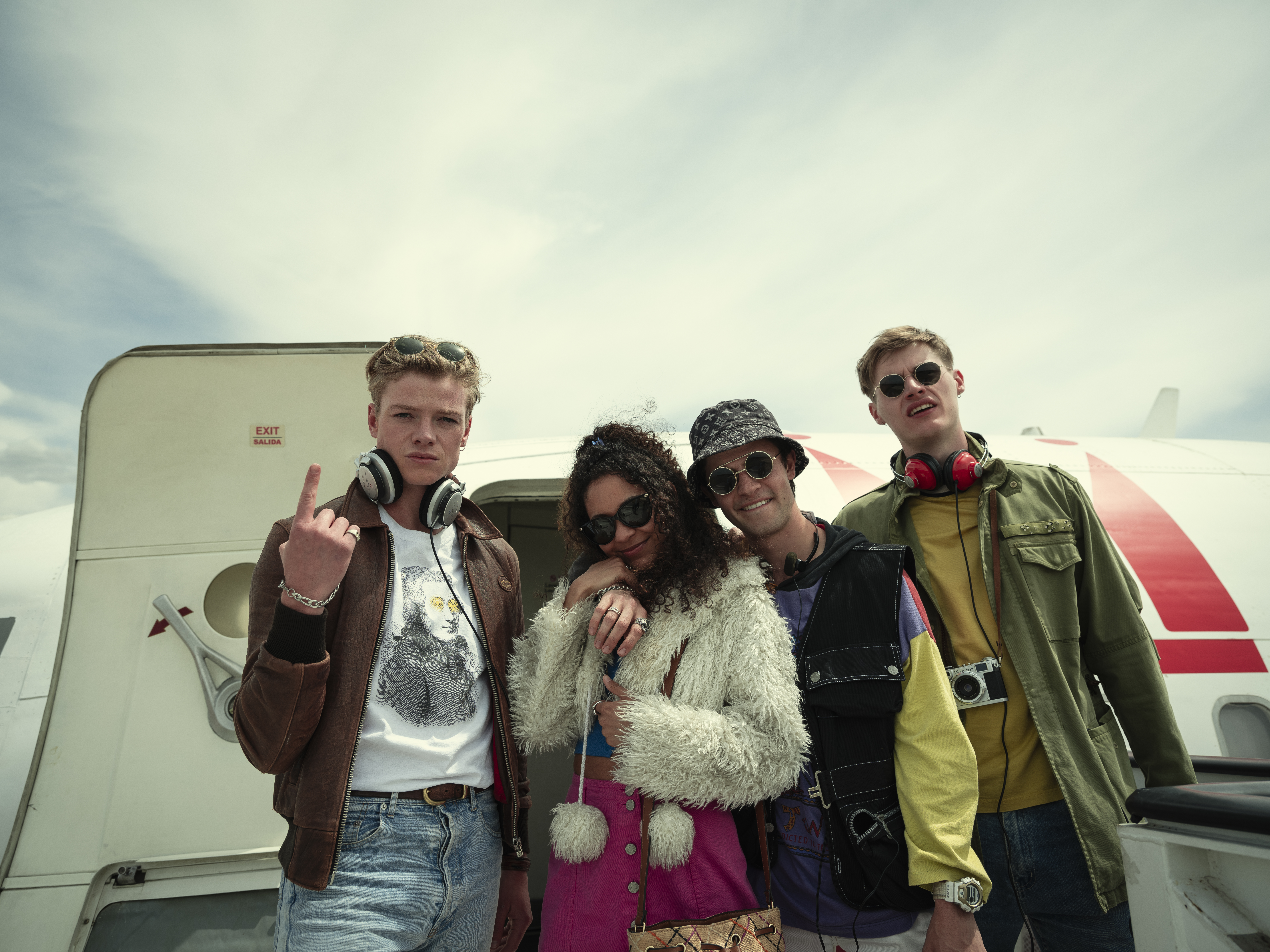 She added: "It was amazing to have all those evenings together. We were making a show set in Ibiza about the music scene so it made sense.

"And we weren’t out every night raving: I’m making it sound worse than it was.

"But the nights that we did have, were ultimate bonding nights. We’d be shooting at Ministry of Sound and you’d go, ‘Oh yeah, we were here last night."

But what is a series based on sun, booze and partying without sex?

Former Coronation Street star Angela Griffin plays Anna Connor, a woman who her own high-class sex parties for the elite.

The actress lifted the lid on how what makes her character tick and how expensive it would be for someone to enter one of her kinky get-togethers.

"This is satisfying their senses and she’s unapologetic about it. She thinks she’s providing people with an incredible experience. She’s a giver." 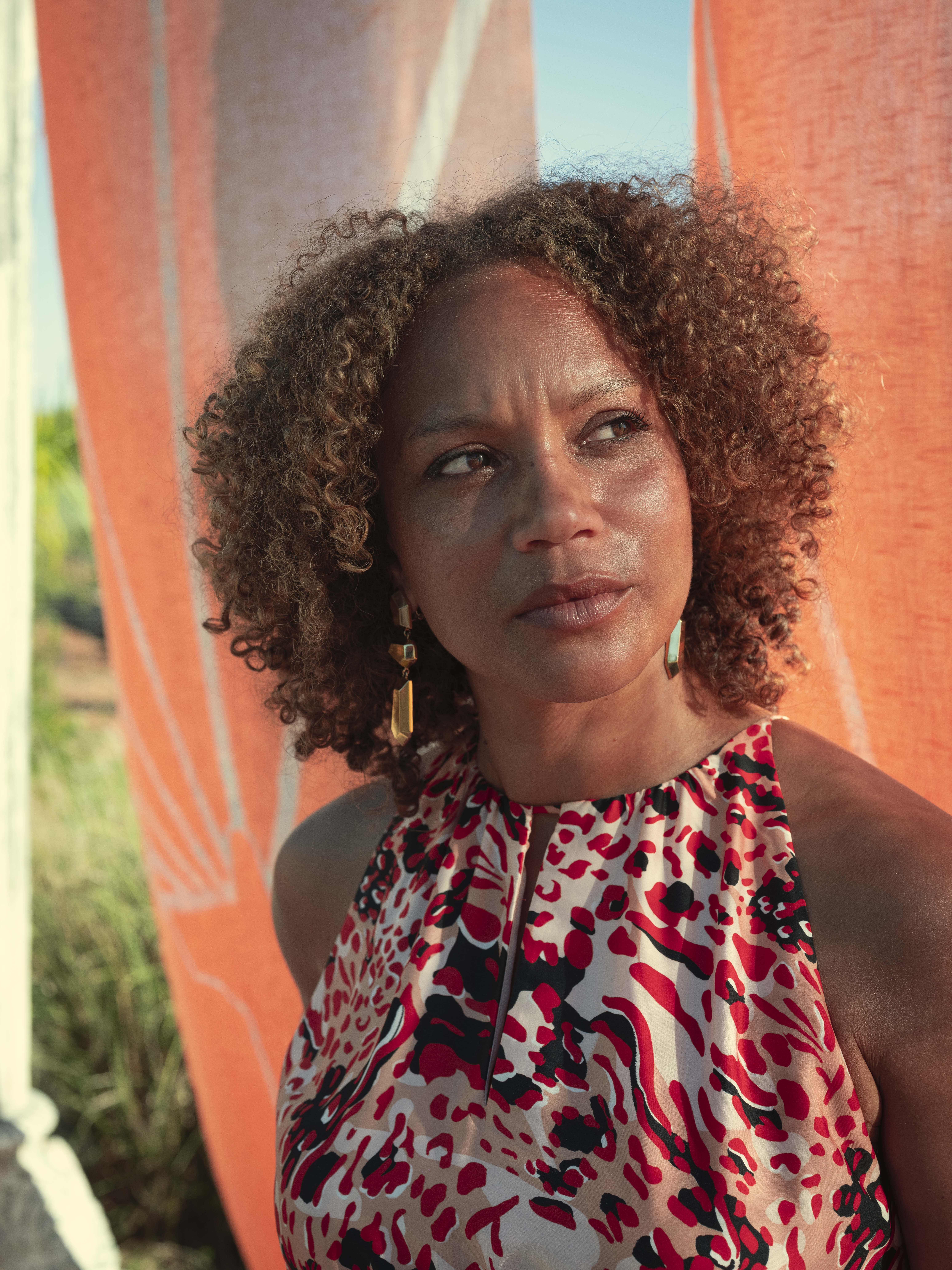 During the four months of filming in Balearic Islands from June 2019 to October 2019, the cast even got to take part in some nail biting stunts, including a big fight in a swimming pool.

Marcus Ward (played by Daniel Mays) explained that he tried to do as many stunts as he could while filming for the new thriller.

He said: "We really went for that. Nuno, who played the Boxer, didn’t hold back. There were divers in the pool so it was all safe.

"I seem to have been in swimming pools a lot in White Lines. I did as many stunts as I could myself. 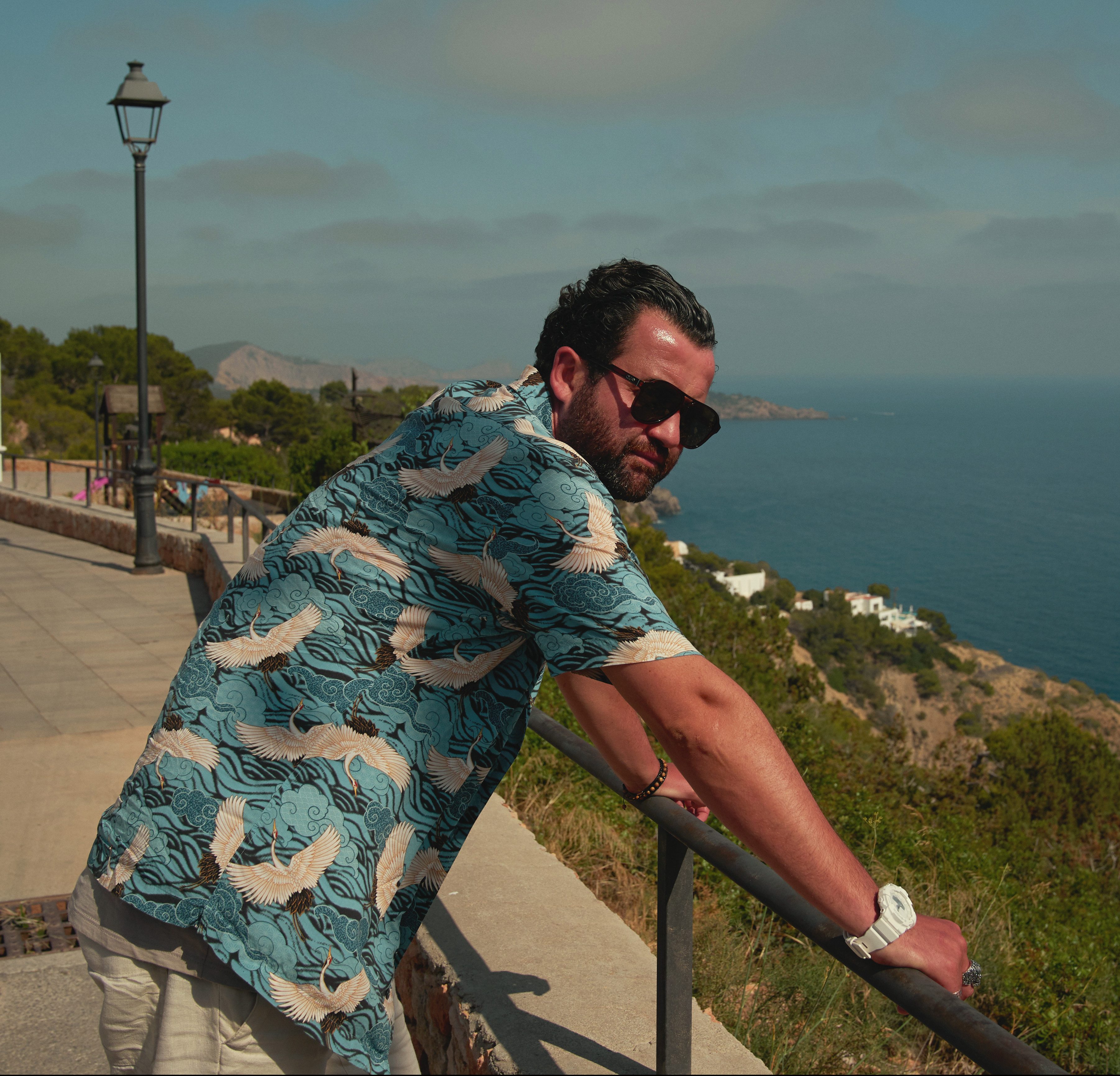 "Marcus breaks his leg and after we did that scene it suddenly dawned on me that I would have this cast on my leg or be on a mobility scooter or in one of those moon boots that my wife is actually wearing in real life at the moment weirdly because she’s broken her leg."

Zoe added: "There were so many stunts! I would read the scripts and go, ‘Guys, what is going on?"

White Lines launches on Netflix on 15th May.