Iungerich will remain showrunner of the young-adult series, which returns for Season 3 on March 11 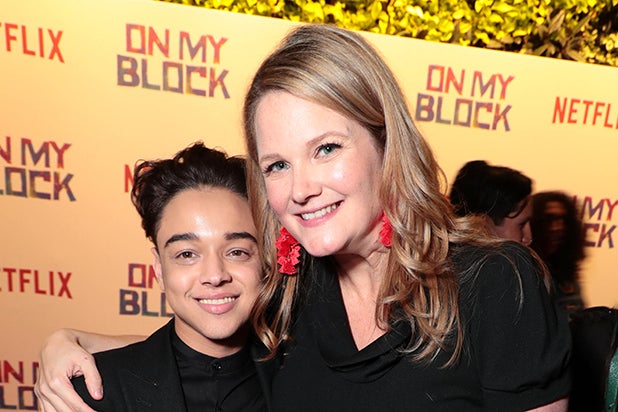 “On My Block” co-creator Lauren Iungerich has signed a multi-year overall deal with Netflix, the streamer announced Thursday.

Under the deal, Iungerich will write and produce new projects for Netflix in addition to serving as showrunner and executive producer on the young-adult series.

“I’m incredibly grateful to continue working with the many talented creatives at Netflix to keep telling stories that resonate with audiences,” Iungerich said in a statement. “My hope is that this opportunity will open doors for all the amazing people around me as well.”

“Lauren’s talent and track record of success speak for themselves,” added Brian Wright, vice president of YA/family original series at Netflix. “Her unique voice and commitment to representation lend her projects an authenticity that has resonated with audiences worldwide. We’re thrilled to continue working with her on On My Block and look forward to other future projects.”

Iungerich co-created “On My Block” with Eddie Gonzalez and Jeremy Haft. The show, coming-of-age story following four ethnically diverse young teens in inner city Los Angeles, is set to return for Season 3 on March 11. Prior to “On My Block,” Iungerich created and executive produced the MTV comedy “Awkward,” which ran for five seasons.