Onward is the new animation from Pixar, which brings together Marvel stars Tom Holland and Chris Pratt. They star as the Lightfoot brothers, two elves who have the opportunity to see their late father for 24 hours. However, things go wrong and they are forced to go on an important quest – but is the film suitable for children?

How old do you have to be to watch Onward – and is it suitable for children?

Onward has a certificate of U, meaning universal, so it is suitable for all ages.

According to the BBFC (British Board for Film Classification) a U film “should be suitable for audiences aged four years and over, although it is impossible to predict what might upset any particular child.”

U films can sometimes be suitable for pre-school children, though those are usually indicated by the BBFC in their ratings info.

READ MORE: James Bond No Time To Die release date: When will film come out amid coronavirus fears? 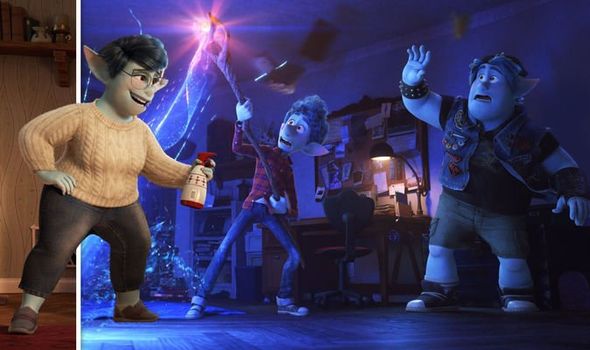 Similarly, anything which could be worrying or upsetting for a child is also accounted for in the ratings info, so parents can use this to work out what could be a concern for their child.

According to the BBFC U films “should be set within a positive framework and should offer reassuring counterbalances to any violence, threat or horror.”

The ratings info for Onward reads: “Onward is an animated fantasy adventure in which two elf brothers attempt to bring magic back to their world from which it has disappeared…

“There are action scenes in which the heroes find themselves in threatening and dangerous situations.

“These include being caught up in a burning building, chased by a pixie biker gang, attempting to cross a wide chasm, dodging booby traps in a cave and battling a dragon creature. 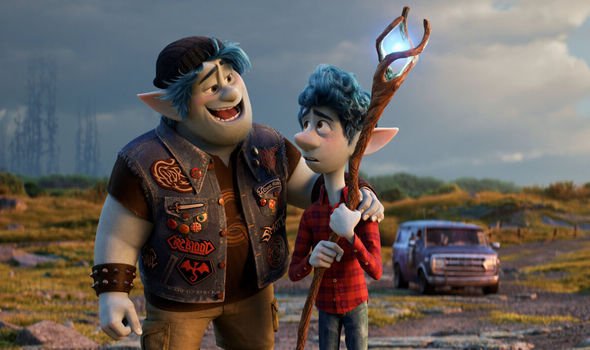 “There is also occasional threat from weapons wielded by unsympathetic characters, such as a bottle and bike chains, but no undue emphasis is placed on them.

“The film’s story involves the young heroes coming to terms with the death of their father. The issue of death and bereavement is handled sensitively and in a reassuring manner.”

If any of these things could upset your child, it may be a good idea to see the film beforehand, or be prepared to help them when those moments arrive. 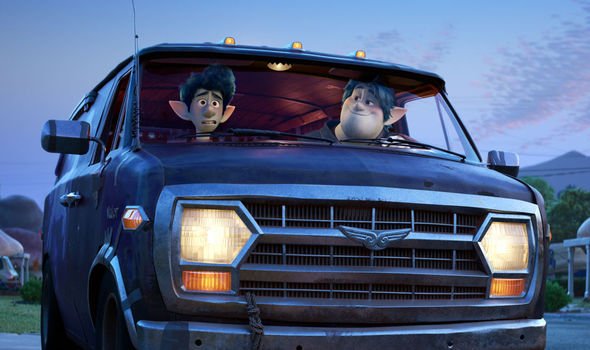 Is Onward suitable for children?

According to the BBFC, the movie is suitable for children, though it is never easy to determine what could upset a child.

As a result, individual children may struggle with certain scenes, and it is important to bear in mind what could upset your own children.

As well as that, parents can expect their children to get involved with the story, as this is an action-packed adventure film for all the family. 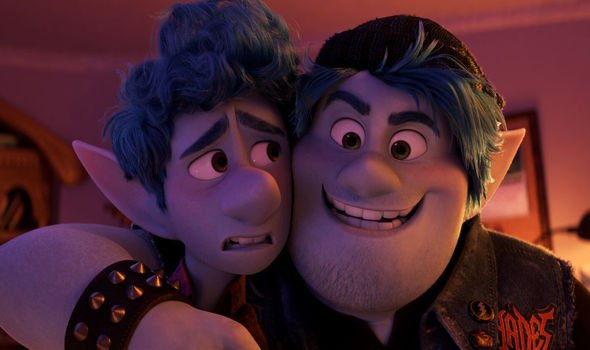 What is Onward about?

The official synopsis from Pixar reads: “Set in a suburban fantasy world, Disney and Pixar’s ‘Onward’ introduces two teenage elf brothers who embark on an extraordinary quest to discover if there is still a little magic left out there.”

While there is very little information given about the story, the story sees the brother receive a gift from their father who died before Ian was born, and when Barley was too young to remember him.

They then find a special spell to bring their father back for one whole day – but in order to do that, they have to go on a special quest to complete their journey.

Onward is in cinemas on March 6