Our Girl has been full of twists and turns as Sergeant Georgie Lane (played by Michelle Keegan) has desperately tried to get over the death of her fiancé, Elvis Harte (Luke Pasqualino). The BBC series has seen her have to say goodbye to another close friend, Fingers (Sean Ward) but could a huge curveball be thrown after Michelle hinted at Elvis’s true fate earlier this year?

At the beginning of the latest season, Georgie was seen having been promoted and training new army recruits.

She was soon faced with the conundrum of whether to return to Afghanistan, the place where her beloved partner Elvis was killed.

Against all the odds, she decided to go back out on tour, alongside some old and new faces.

She has faced her fair share of challenges and looked to be getting back on track after taking a more leading role on the tour. 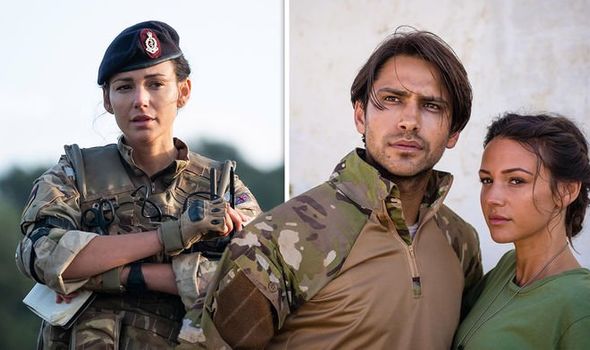 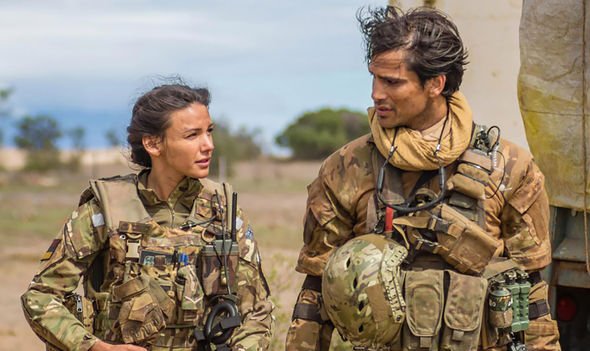 However, she was left heartbroken once more when her brother-in-law, Fingers, was killed in the crossfire after a successful mission.

The gang was just leaving the location to travel back to base when a shot was fired and Fingers was left fatally injured.

After being taken to hospital and having multiple surgeries, it was clear nothing more could be done and it was up to Georgie to break the news to her sister, Marie (Linzey Cocker).

Georgie travelled back to the UK along with Kingy (Rolan Bell) to say goodbye to their colleague and close friend. 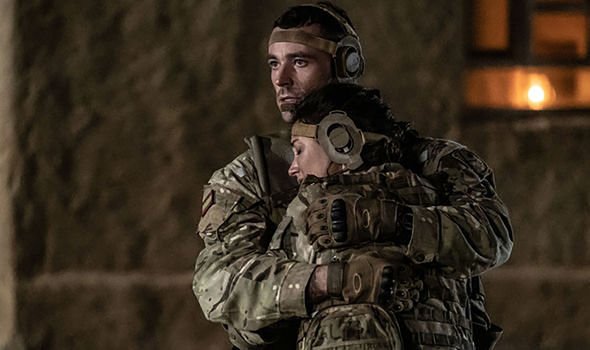 Last week, Georgie was seen visiting a psychiatrist as she continued to struggle with her grief of both Elvis and Fingers.

But, many fans of the show believe Elvis isn’t actually dead and they will see him reappear in the series finale this evening in a huge twist of fate.

Some have taken to Twitter to speculate as one fan wrote: “That one death we never had confirmed or saw a funeral for, I hear you ask? ELVIS HARTE #OurGirl.”

Another agreed: “Sorry but just saying #OurGirl Elvis is 100% alive…”

“I’m hoping and praying Elvis ain’t dead and is coming back next week #OurGirl,” commented a third.

“I’m thinking about #ourgirl and the possibility of Elvis being alive way too much,” shared another.

Unfortunately, Michelle opened up on filming her final scenes and looked to quash the idea of a return for her late-fiancé.

She explained to Express.co.uk and other press: “It was weird because everyone finished on the Friday and we had a wrap party on the Friday.

“But my scenes didn’t finish until the Tuesday. So we sort of said goodbye on the Friday and everyone was flying home Saturday, Sunday.

“And I was in a scene with a lady who came in for that one day, which for me, sort of helps me deal with it because I said goodbye to section and I finished my scenes with the lads and Amy [Leigh Hickman, who plays Mimi] which was obviously very sad.

“And then I had the scene of me saying goodbye to Georgie,” she added.

However, it seems there will be no return for Elvis as Michelle opened up on her alter-ego “release” how she felt over Elvis.

“And there was one big emotional scene which is like a climax scene where she sort of releases everything and how she’s felt over the years and that was sort of her release and I think everything that’s happened to her in the past with Elvis and it’s sort of like closure for Georgie,” Michelle explained.

Does this mean fans’ hopes of seeing the beloved character supposedly return from the dead are over?

Our Girl concludes tonight at 9pm on BBC One.