Time travelling drama Outlander has followed Oxford historian Roger MacKenzie (played by Richard Rankin) and his romance with Bostonian engineer Brianna Fraser (Sophie Skelton). Their relationship has been just as tumultuous as central couple Jamie (Sam Heughan) and his wife Claire Fraser (Caitriona Balfe). Season four, in particular, put Roger and Brianna to the test after she went through the stones and he followed her.

In the past, the pair decided to get handfasted with plans to wed officially. But an argument saw the couple go their separate ways with Brianna getting sexually assaulted by evil pirate Stephen Bonnet (Ed Speleers).

Through a series of unfortunate misunderstandings, Roger ended up getting into a physical and brutal fight with Jamie when he went to Fraser’s Ridge to find Brianna.

Roger was sold off to a tribe of Native Americans before he was rescued by Jamie and Claire after they realised what had happened.

By the end of the series, the young lovers were reunited and planned to get wed as Brianna gave birth to her son Jemmy. 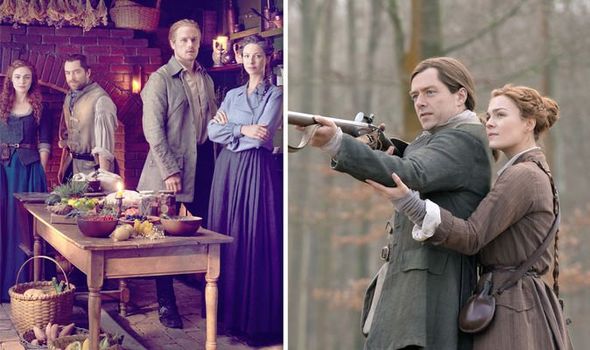 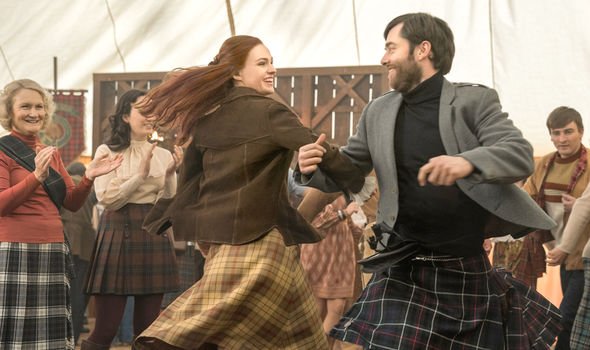 Season five saw Brianna and Roger getting hitched in an emotional ceremony with Jamie still uncertain about the 20th century historian given his past behaviour towards his daughter.

The newlyweds still face lots of challenges with Roger longing to return to the future at some point soon.

With the American Revolution putting them in grave danger, Claire and Jamie are also considering sending the couple back into safer times.

Fans will have to tune in to see if the couple will go back with their baby and if indeed Jemmy can travel with them. 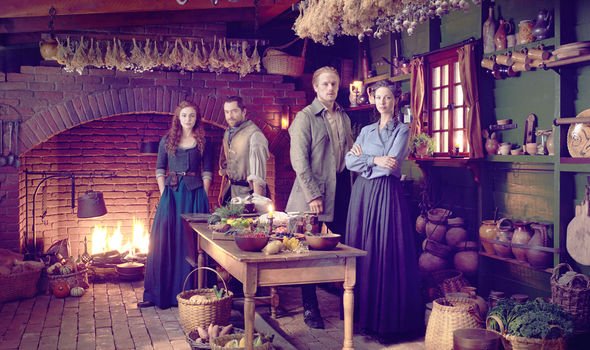 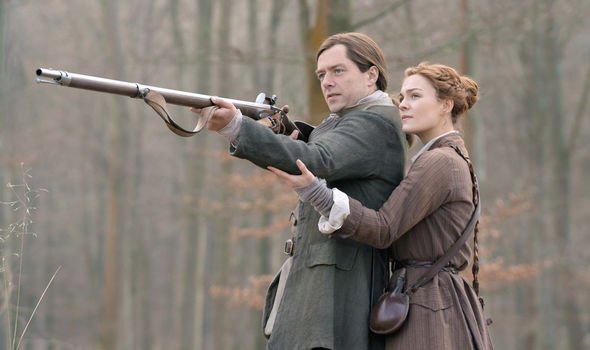 Are Roger and Brianna in Outlander related?

Despite being married, some fans might not realise Roger and Jamie are linked through biology.

A small reference has been made to it in the show and their familial connection is referenced in The Drums of Autumn.

Brianna is the daughter of Jamie and Claire. She was conceived in the past shortly before the Battle of Culloden in 1745.

But Claire went back through the stones and Brianna was born and raised in the 20th century by her mother and Frank Randall (Tobias Menzies), who was a surrogate father.

In Diana Gabaldon’s novels, Roger is revealed to be a descendant of Geillis Duncan (Lotte Verbeek) and Dougal MacKenzie (Graham McTavish).

DON’T MISS…
Outlander: Why did Jamie Fraser put his kilt back on? [INSIGHT]
Outlander season 5 location: Where is Outlander filmed? [EXPLAINER]
Outlander explained: Was Governor Tryon a real person? [EXPLAINER]

Geillis and Dougal had a baby called William Buccleigh MacKenzie, whom the clan chieftain refused to acknowledge as his own because he was married.

William went on to marry Morag MacKenzie and the couple had a child called Jeremiah.

Their son went on to marry Esme McLeod with the pair having a child called Jeremiah Walter MacKenzie.

Following on from this, Jeremiah Walter MacKenzie married Marjorie Wakefield and they had Roger, who was then adopted by Reverend Reginald Wakefield (James Fleet).

The books make mention of Roger having Geillis’ eyes with Claire noting his resemblance and ancestry to the fellow time traveller.

Dougal is the uncle of Jamie, which would make him Brianna’s great-uncle through blood.

This means Roger and Brianna are connected albeit distantly through different generations and are cousins several times removed.

Even though they are distantly related, this knowledge doesn’t affect the couple who are still very much in love.