Once again, Jamie Fraser (played by Sam Heughan) has his loyalties tested by the ensuing Regulator Rebellion as The Battle of Alamance commences. Outlander fans had their emotions stretched to breaking point as the Starz series delivered some devastating twists.

Jamie’s loyalty to Governor Tryon (Tim Downie) was challenged when he was ordered to hunt down and kill the leader of the Regulators, his own godfather, Murtagh.

Although the latest episode, The Ballad of Roger Mac, mercifully relieved Jamie of this responsibility, he was nevertheless heartbroken when his loyal friend was killed by another soldier during the breathtaking battle sequence.

Devoted fans of the series may have read Diana Gabaldon’s epic series of books, and will know Murtagh actually died much earlier, during the Battle of Culloden.

However, while the fan favourite character was kept on in the television adaptation, his death scene was kept much the same, as he died in Jamie’s arms and uttered: “Dinna be afraid, a bhalaich. It doesn’t hurt a bit to die.” 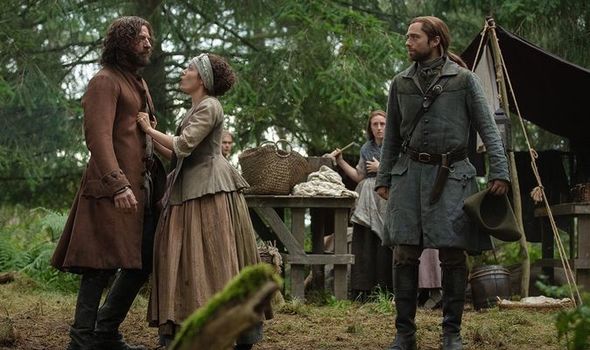 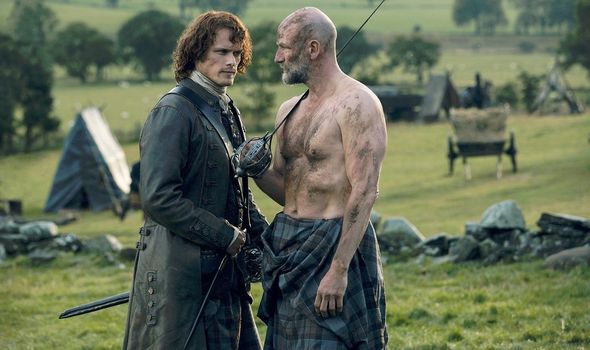 In amongst one of the densest and soul-destroying episodes of the season, eagle-eyed fans were also able to spot a familiar face making a surprise cameo.

Graham McTavish made an unexpected return to Outlander, previously known for his fierce performance as tenacious Jacobite leader, Dougal Mackenzie.

Dougal hasn’t been seen in Outlander since Jamie killed him in season two, following a heated disagreement over his wife Claire (Caitriona Balfe) that quickly turned violent.

Much to the surprise of unsuspecting viewers, Graham turned up for a brief appearance as Dougal’s now fully grown son, Buck Mackenzie. 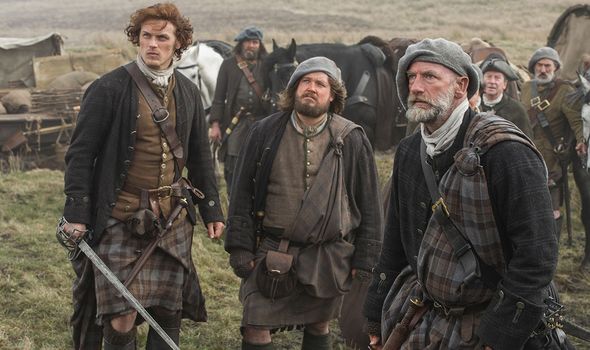 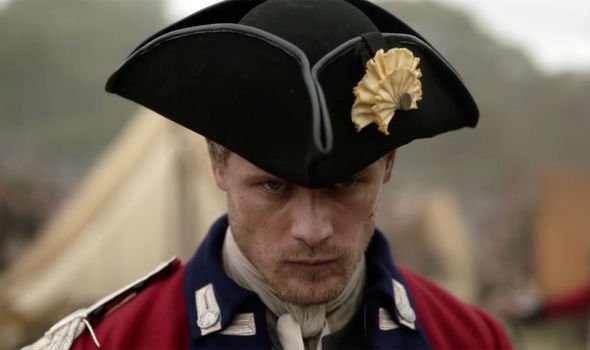 Buck’s appearance is teased during the episode when Roger (Richard Rankin) is reunited with Morag MacKenzie (Elysia Welch), who is concerned for her husband’s safety and their soon-to-arrive newborn.

If fans look back to earlier seasons they may remember Buck as the illegitimate son of Dougal and Geillis Duncan.

In the latest episode, he returns as a fully-grown man, another fiercely rebellious Mackenzie once again played by the brilliant Graham McTavish.

Many viewers were left shocked by Graham’s surprise reappearance to the show, as he has not been seen since his death in season two, and took to social media to voice their excitement.

One fan tweeted: “Seeing this face was a surprise! Great choice bringing Graham back.”

While another viewer added: “Best episode of this season. Still crying over the death of Murtagh. Sam’s performance is Emmy worthy. The appearance of Graham Mctavish was a pleasant surprise. Well done Outlander.”

Graham himself tweeted: So delighted to be back on @Outlander_STARZ even if I don’t look very delighted to see @RikRankin. It really was so great to be back with people I’ve worked with so much before and to work with great people like Richard for the first time.”

The actor’s appearance on the show revitalises a familiar casting technique for Outlander, as fans will remember Tobias Menzies playing the dual roles of Frank Randall and his ancestor ‘Black Jack’ Randall in earlier seasons.

No word on whether Graham will make further appearances throughout the season has been confirmed, but showrunner Matthew B. Roberts did sit down with Entertainment Weekly to chat about the process of bringing him back.

He said: “He was both available and excited to come back. However, since Buck is in his 20s and Graham, while in great shape, is not … haha, we had to make sure we could digitally de-age him a bit. So we did.”

His appearance was met with a celebration felt across the Outlander fanbase, securing The Ballad of Roger Mac as one of the best episodes of season five so far.

Outlander season 5 airs on Sundays on Starz and Mondays on Amazon’s Prime Video.