Outlander season five, episode four saw the Frasers find themselves drawn into the Brown family drama. The couple headed to Brownsville to meet up with their growing militia where they met Alicia Brown (played by Anna Burnett).

Who plays Alicia Brown in Outlander?

Outlander returned with its fourth episode last weekend as fans found out what was next for the Fraser family in North Carolina.

The latest episode of Outlander saw Jamie Fraser (played by Sam Heughan), Claire Fraser (Caitriona Balfe) and the baby now in their charge head to Brownsville.

Not met with the warmest of welcomes, the pair soon reunited with Roger (Richard Rankin) and Fergus (César Domboy).

However, things soon went from bad to worse as it was revealed Isaiah Morton (Jon Tarcy) was among their ranks. 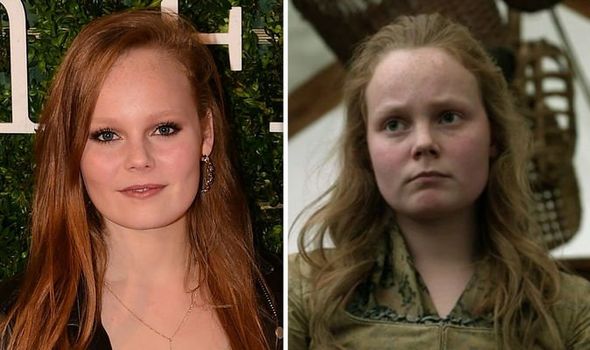 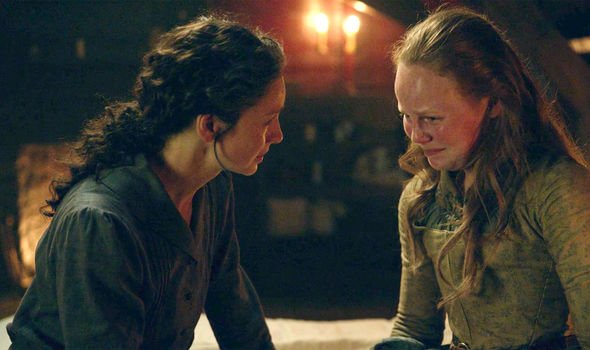 Isaiah had previously slept with Lionel Brown’s (Ned Dennehy) daughter Alicia, which had thwarted his plans to have her marry a wealthy suitor.

There was more to the story as it was revealed Alicia and Isaiah were in love with each other and have been kept apart by his arranged marriage.

While Isaiah escaped his capture, it was later revealed Alicia is actually pregnant with his child as well.

Heartbroken, she attempted to kill herself which led Claire and Jamie to decide to help Alicia and Isaiah flee together. 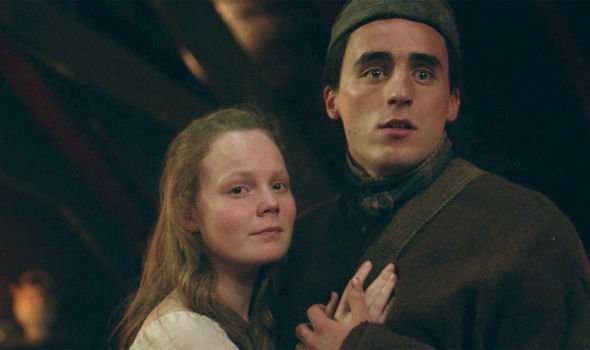 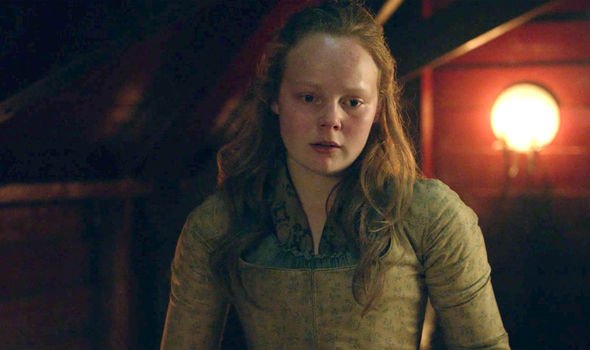 Fans last saw the pair head out in the wilderness together but fans of the book will know this is not the last they will see of them.

Fans are likely to recognise her best from playing Mathilda Reid in Ripper Street from 2014 until 2016.

However, she is also known from starring in shows like Jonathan Creek, Doc Martin and Manhunt.

Most recently, viewers will have seen her in Netflix’s major television series The Witcher.

Here she played Glacella in the seventh episode entitled Before a Fall.

Next, Burnett will be appearing in a television mini-series called Escape Attempt.

Posting about her recent appearance on Outlander, the actor uploaded some images of filming to Twitter.

She wrote: “A rare sunny morning on @Outlander_STARZ with gem @jontarcy! Don’t be fooled.”

The new episode of Outlander will be released on Starz this weekend.

A short trailer for the new episode shows Roger find something of his among his belongings.

The clip also shows how Claire will be continuing to build up her medical practice.