Recent promos for the upcoming episode of Outlander have teased some major turning points for Claire’s (played by Caitriona Balfe) husband Jamie (Sam Heughan). But while Jamie builds his militia, the Starz series is teasing a major decision for the former WWII nurse.

America in the 1800s has proven to be a shaky new residence for Claire and her Highlander husband Jamie.

After a charming wedding episode kicked off the new season, the lives of the Fraser’s will only get more perilous as Jamie is reminded of his order to kill his godfather Murtagh (Duncan Lacroix).

Back at home, a messy autopsy has put additional pressure on Claire to maintain her medical duties and provoked uproar from some fans over her unprofessional methods.

As her methods drift towards the modern, her protégé Marsali (Lauren Lyle) is frequently stumped as to how Claire is able to come up with such anachronistic surgical abilities. 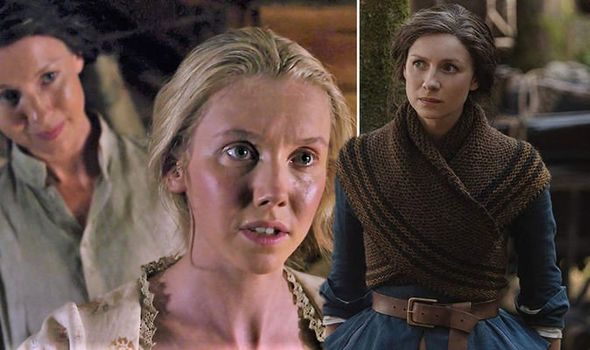 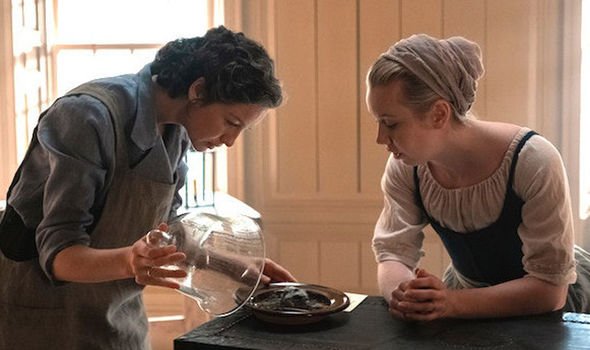 In a recent promo for episode three, Free Will, Marsali interrogates Claire on her seemingly faultless medical knowledge.

Curious, she asks Claire: “How do you always know what to look for?”

Knowing that Marsali could eventually sniff out her secret, she replies: “What kind of teacher would I be if I told you all the answers?”

To which Marsali presses on: “From an experiment? From a book? In Boston perhaps? 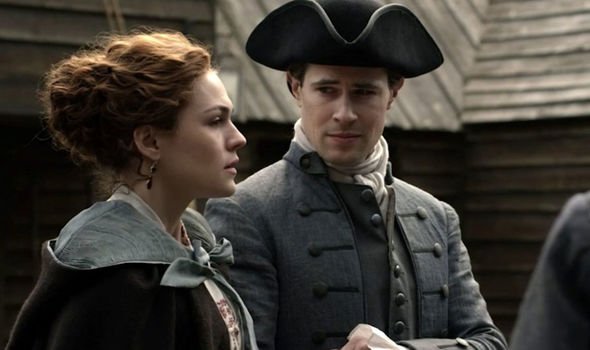 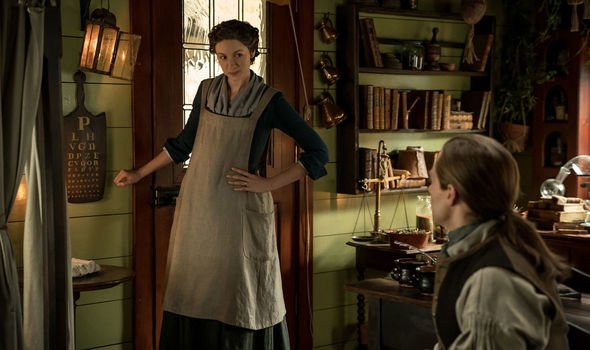 “They seem to have all sorts of new-fangled ideas and things there.”

This recent short clip has prompted fans to speculate that keeping tight lipped about her secret will eventually prove too arduous for the reluctant time traveller.

Additionally there’s increasing pressure on the Fraser family as Jamie is ordered to raise a militia as part of their ongoing fight against the Regulators.

Some fans took to Reddit to express their concern, with user lucieeatsbrains suggesting: “So does anyone think Claire will eventually have to tell Marsali that she’s from the future? Cause I’m getting those hints!”

Fans of Diana Gabaldon’s series of books know how the series eventually pans out, but they are being respectfully quiet when it comes to divulging spoilers.

Only a small cluster of characters know Claire’s time-hopping secret, but Marsali may be about to join them if she keeps pressing on her mentor’s methods.

Jamie of course knows, along with their daughter Brianna (Sophie Skelton) and her husband Roger (Richard Rankin).

Other speculative viewers posed suggestions in YouTube comments, as one said: “I wonder if they will ever tell her. She is very smart and knows something is going on.”

This is not the first time that Marsali has questioned Claire’s methods and surely won’t be the last.

Plus, the fact Claire has now begun work on developing penicillin, over a century before the medicine was actually discovered, will surely raise some suspicions in 18th century America.

The most recent episode has already aired on Starz, but will also become available to UK fans today, meaning another week of wild speculation is ahead.

Outlander airs on Starz in the US on Sundays and Amazon Prime in the UK on Mondays.