Outlander fans have been enjoying season five for the past few weeks, as Claire Fraser (played by Caitriona Balfe) and Jamie Fraser (Sam Heughan) have been settling in to Fraser’s Ridge. With a community surrounding them, the Fraser clan is getting bigger by the day, and viewers are keen to see where their story goes.

However, some fans have already begun speculating over how the show will come to an end.

While the show’s source material – Diana Gabaldon’s Outlander book franchise – has not yet been concluded, the show may go on for some time.

Despite this, viewers have drawn up some theories over how Jamie and Claire’s will go on.

One viewer in particular has recently suggested the show will end with Jamie returning to the future with Claire – but there’s a catch. 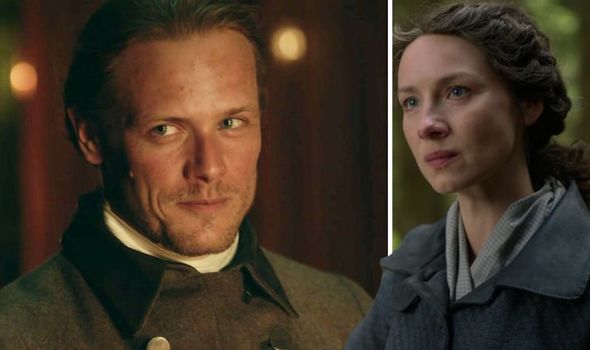 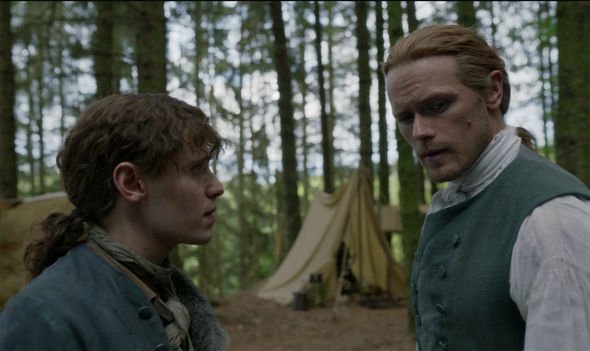 Reddit user bigsh0wbc recently posted: “My prediction for the end of this season.

“I do believe, that Brianna and her annoying AF husband will decide to go back to the future at the DeLorean stone in North America towards the end of the [show].

“Then as the fam goes to send them off Jamie is like what’s that sound? Sounds like bees.

“And then the story cuts off as he puts his hand on the stone… Any thoughts?” 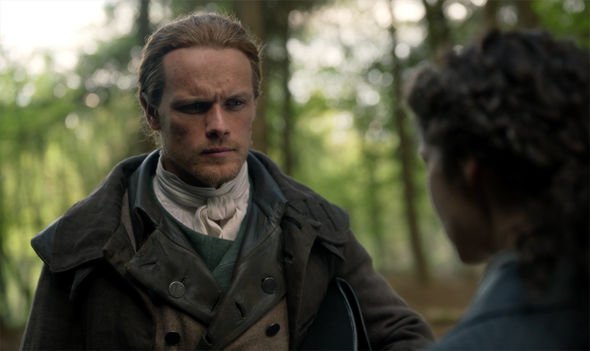 This theory would obviously rely on a number of things happening – crucially: Claire deciding to return to the future without her husband.

After abandoning Jamie back in season four, Claire all-but vowed to never do it again.

So what would be her reason to leave the 1800s without him?

Meanwhile, viewers have also been pointing out a number of scenes from the well-loved books have been left out of the show.

DON’T MISS…
Winds of Winter update: Is The Winds of Winter finished? [INFO]
Big Bang Theory: What happened to Zack Johnson? Who was Zack? [INFO]
Love Is Blind: Does the experiment really work? [INFO]

Speaking out about some missing scenes in Drums of Autumn – the franchise’s fifth book – they brought to the show’s attention Jamie’s back injury.

They wrote: “Was anyone else bummed about the whole Jamie’s back seizes up randomly thing was left out of the show?

“It lent itself to at least two good bits in the books, at least in my opinion.

“I loved the part in [Drums of Autumn] where he went hunting, leaving Claire in the cabin, and she has to go search for him when he doesn’t come back. I adored that part!”

They went on to discuss another missing scene including both Jamie and Claire in peril.

They said: “And then in, er, [Written in My Own Heart’s Blood] (I think!) when he gets stranded at that family’s house after having met George Washington.

“It was a totally inconsequential thing, but I did enjoy it.”

Outlander airs on Starz in the US on Sundays and Amazon Prime in the UK on Mondays.