Outlander gave perhaps its most unexpected deaths of the series last weekend. Although Jamie Fraser (played by Sam Heughan) stumbled upon the death of his godfather and best friend Murtagh Fitzgibbons (Duncan Lacroix), it was the death of his son-in-law which left him – and Starz viewers – completely stunned into silence.

After Roger Mackenzie (Richard Rankin) found himself in an unenviable situation with some angry regulators, he found himself being hanged by the militia for being alongside them.

But the trailer for the next episode seems to confirm he will be returning to the show.

The trailer shows Brianna Fraser (Sophie Skelton) struggling to deal with her loss, but one shot shows off Roger appearing behind her.

While it looks like this could be some sort of haunting hallucination by Brianna, it certainly looks like the hot-headed Mackenzie could be making a return. 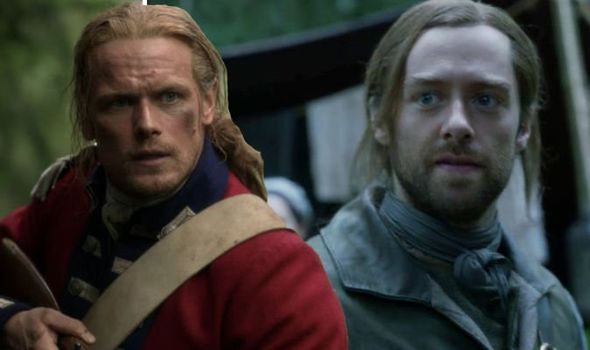 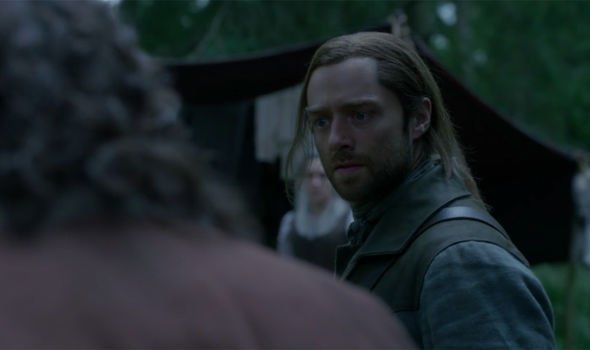 To make matters worse, though, the final moments of the trailer reveal Jamie and Claire Fraser (Caitriona Balfe) inspecting something in the forest, with baby Jemmy in tow.

The trailer then cuts off, leaving viewers clueless as to what lies behind the thrushes in front of the characters.

Already, viewers have begun theorising what is awaiting the Frasers in the woods, and suggested it could be none-other than villain Stephen Bonnet (Edwards Spielers). 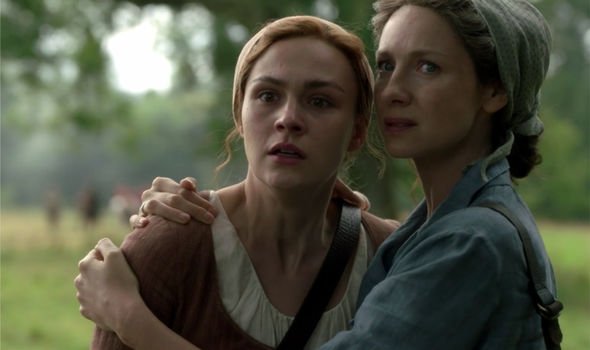 One fan suggested: “I can only guess Stephen Bonnet. This might be slightly different from the book.”

However, other viewers have begun suggesting Jamie’s fear has come from a scene in the Diana Gabaldon books of the same name.

Referencing a scene in which Jamie and Claire are greeted by a vicious wild boar, one wrote: “I think it may have been a big wild boar.” (sic)

Another detailed the scenes which occurred in the books, as they explained: “There were wild boar in the wood. One boar showed up and Jamie & Roger were fighting it off to protect Jemmy. An arrow hit the boar, then a ‘wolf’ showed up – it was Ian & Rollo!”

Agreeing, one more fan added: “Yea I was thinking this may be the wild boar scene, but they’ve just taken Roger out of it.”

With Jamie and Claire set to take on a huge boar in the coming episode, will one of them step away from the conflict injured?

If so, could Brianna suffer one of her parents being put into a horrific situation after supposedly losing her husband?

Meanwhile, Murtagh star Duncan recently spoke to Collider about his exit and even dropped some knowledge on whether he will be back on the show in the future.

On the end of his character, he told the publication: “I found out just before the beginning of the season. Because I was optioned for six seasons.

“But yeah, it kind of finally ran its course, and they dropped the bomb on me before we started filming the season.”

Speaking out about whether Murtagh could ever come back from the dead, Duncan replied: “I don’t know about that!”

Outlander season 5 airs on Sundays on Starz and Mondays on Amazon Prime Video.