Ben Davis (played by Tom Pelphrey) arrived in the Ozarks to reunite with sister Wendy Byrde (Laura Linney) after hitting a speedbump in his own life. However, the perfect family reunion soon unravelled in the Netflix series as both of the siblings’ secrets became exposed and proved far too much of strain on their relationship.

As Ben became more and more involved in Wendy’s life, he soon discovered the truth about her and husband Marty’s (Jason Bateman) money-laundering business.

Ben struggled to get on-board with his sister’s criminal activity, instead, growing tired of the lies she continued to feed him to try and keep him off the scent.

However, Wendy too discovered the lies Ben had spun her when she found out he had stopped taking medication for his bipolar disorder, which had led to him acting more erratically within the house.

With Ben’s loyal and honest nature micing with his sister’s tactile criminal ways, the pair’s story was never going to have a happy ending. 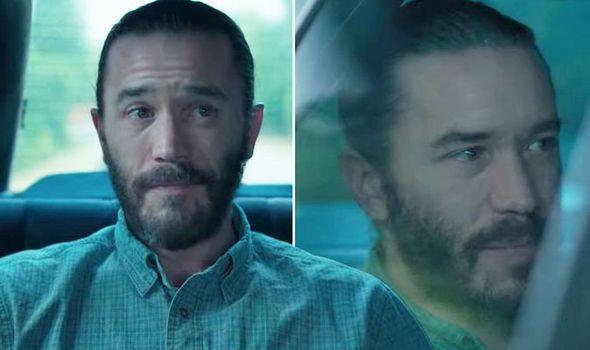 Ben ultimately proved too much of a threat to the cartel’s operation and Wendy, along with wicked lawyer Helen Pierce (Janet McTeer), plotted to have him killed following his outburst aimed at the lawyer in front of her daughter.

Wendy ended up handing Ben over to the cartel’s deadly hitman Nelson (Nelson Bonilla) who soon took care of the situation and killed off the threat.

The heartbreaking loss of Ben to viewers was made even more so poignant when the character was shown delivering an iconic monologue during his taxi drive to meet his sister via a flashback scene.

The moment will live long in the memory of Ozark viewers around the world but it was almost a very different case as showrunner Chris Mundy has revealed it was almost replaced completely by a flashforward scene instead. 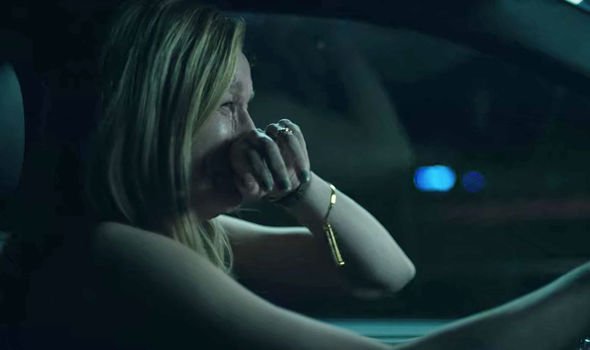 Speaking on the podcast Post Play: Ozark, Marty star Bateman asked the showrunner: “We pick up that next episode with Ben having that stream of consciousness, beautifully written, three-page monologue of him in the back of the cab just … I’ll be voting for him [for an Emmy] for sure.”

“The funny thing is that that teaser, we had that teaser idea to just do him in the cab and do some sort of monologue to the camera but we never talked about the content of it at all.

“We’d kind of moved past it like ‘well, maybe its a little too obtuse,’

“It’s a bit like we know we need something to happen because we’re in the middle of a thriller but we’d come back to a bunch of other ideas and one of them we were gonna do a flash-forward to the megastore with him and Wendy and catch up to it.”

Mundy then admitted the writers had “moved on” from the monologue idea completely until a fellow writer produced the script.

He revealed: “We’d moved the idea off that teaser for a while.

“And Nicky Johnson (scriptwriter), Nicky came in with the first draft, she’s like ‘ I kind of went back to that old idea of ours, and I wrote something and see if you like it and if not we’ll do something else.’

“It was that well-written and Tom was that good at it, I can’t even imagine not (doing it), it was such a huge part of like everything we’ve ever done.”

Ozark is available to stream on Netflix now.