Jonah Byrde (played by Sklar Gaertner) has been an everpresent figure in Ozark ever since the Netflix series pilot. The typically quiet teenage son to Wendy (Laura Linney) and Marty Byrde (Jason Bateman), Jonah broke the mould in season three after growing closer to his reckless uncle, Ben Davis (Tom Pelphrey). But following the events of the season three finale, could he face time behind bars in the next series?

Along with his sister Charlotte (Sofia Hublitz), the Byrde children had grown tired of listening to their parents and living in fear.

So much so, the two set up a bank account behind their parents’ back under a fake name as well as venturing off with reckless teen Tommy (Tyler Chase) on a number of occasions.

But it was what happened to Jonah’s uncle Ben that really tipped the teen over the edge.

Ben had become a major flight risk to the Navarro Cartel operation and, therefore, the Byrdes’ safety. 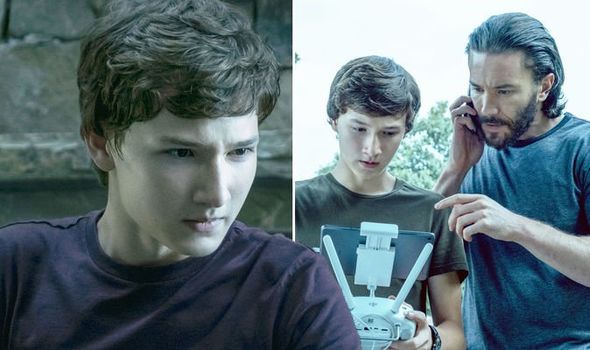 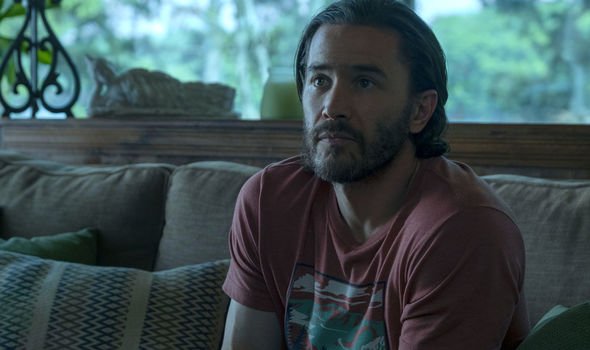 As a result, Wendy and Marty schemed with wicked lawyer Helen Pierce (Janet McTeer) to have Ben killed.

In heartbreaking scenes, Wendy lured her own brother out of the Ozarks to a remote diner where hitman Nelson (Nelson Bonilla) soon arrived.

Ben’s body was returned to the Ozarks and Marty’s funeral home where Netflix viewers watched him be cremated.

His death hit everyone hard, particularly Ruth Langmore (Julia Garner), but it was Jonah who sought physical retribution. 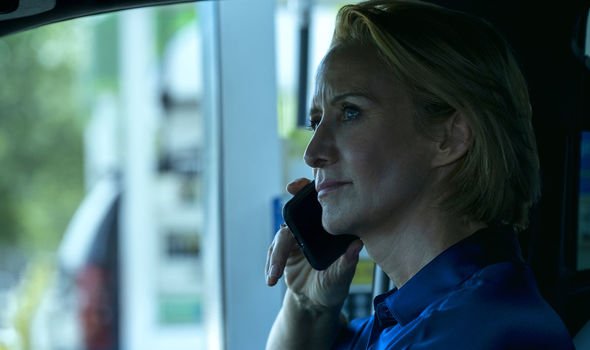 So much so, he headed to lawyer Helen’s home with a rifle in hand and held up her at gunpoint.

In typical Helen fashion, however, she managed to talk herself out of the situation, resulting in a furious Jonah heading home without exacting revenge.

Upon his return, he found Ben’s ashes and in a moment of rage, turned and unloaded the rifle’s magazine into a giant glass window at the side of his house.

While theories have emerged that Jonah may have actually shot Helen’s daughter Erin (Madison Thompson) in the final scene, another fan had predicted it could land him behind bars in the future.

Taking to Reddit, Ozark fan Tenthousandrufy explains how, combined with his earlier behaviour in season one, Jonah’s actions could result in something truly harrowing.

They explained: “Back in season 1, Marty and Wendy were concerned about Jonah’s weird behaviour and feared that he would end up shooting a school, now after the first episodes of season one this has never been brought up again,

“Now in the season 3 finale, we see Jonah shooting the window out of frustration because he found out Wendy did in fact order the hit on Ben, what if all of this is foreshadowing to a future plot point?

“What if Jonah really ends up shooting up the school because maybe the situation is getting even more crazy with the cartel? What do you guys think? Probably I’m just reaching but it’s def something to think about imo.” (sic)

If this were to come to fruition, surely it would result in Jonah spending plenty of time in prison.

With the young Byrde desperate for revenge, could he seek out Helen’s daughter?

Or will he turn his attention to his own mother in season four?

Ozark is available to stream on Netflix now.