Ozark is a crime drama series on Netflix which is now in its third season, and fans were introduced to Ben Davis (played by Tom Pelphrey). Ben is the brother of Wendy Byrde (Laura Linney) and he turned up at their home in the Ozarks unannounced, leaving them no choice but to let him stay. Fans are wondering what caused Ben to “flip out” while teaching, as he had seen a disturbing photo which had been shared around the class.

What photo makes Ben angry while he is teaching?

Ben Davis had been working as a substitute teacher, but he ended up shouting at his class and making them throw away his mobile phones after seeing a photo.

The photo was shared around the classroom and Ben ended up giving the children a lecture about sharing such photos, before making them hand over their phones.

He then proceeds to assault another worker, which results in him getting fired from his job and he faces trouble from the police.

Ben hears the sounds of everyone’s mobiles as they are sent the same message, and one of his students starts crying when she sees the picture.

He asks to look at the phone and sees the image, asking if anybody in the class knows about the photo. 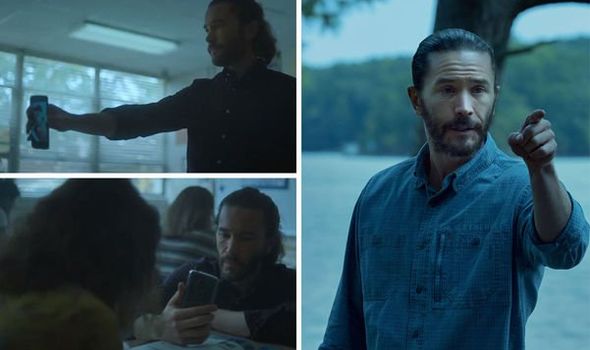 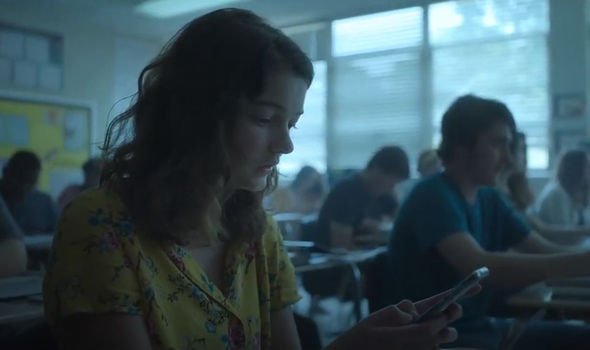 However viewers are not able to see what the image shows, and the rest of the students are embarrassed when Ben confronts them.

He said: “We have a human being sitting right here, did anyone think about that before they hit ‘send’?”.

Ben takes everyone’s phones, calling them sociopaths, and throws them into the wood chipper outside, attacking the maintenance worker.

Fans have taken to Reddit to discuss what the photo was which sent Ben into a meltdown while he was teaching.

MerryVegetableGarden asked: “What is the photo of that enrages Ben when he’s subbing for that class? Is it meant to be just inferred?”. 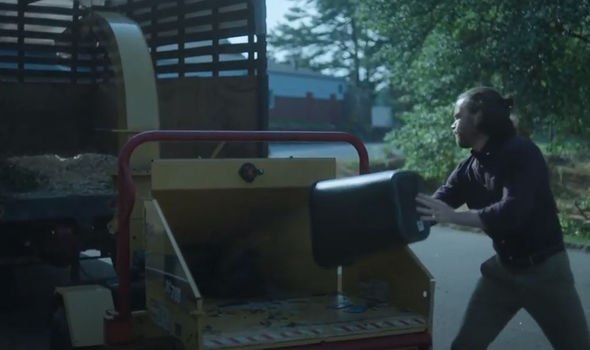 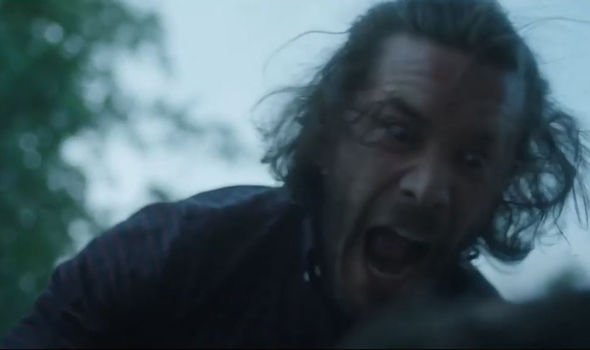 Fans have presumed it was a nude photo, but then questioned the idea as Ben sticks the photo in another student’s face to let him take a closer look.

KingAcorn85 said: “It was just meant to be inferred. Something that was personal to the girl harassed and made Ben furious at the kids.

“Probably was intended to be a nude photo, at least that is what I took from it.” Some fans have tried to take screengrabs to see what the image shows.

Flatrock said: “It’s really hard to tell what it is, we’re probably not meant to know. One small detail I noticed in the scene was that after he looks at it, he looks at the girl rather sympathetically for a good solid beat.

“One could speculate it was something very sensitive to the girl, maybe a nude that leaked, or maybe photos of her being beaten up or abused.

“Maybe even a ‘griefer’ type of thing, maybe a family member of hers who has died – who knows.”

Some fans believe they can see a girl in lingerie, with one hand on her stomach area and the other holding the phone to take the photo.

Viewers have suggested the content on the phone does not matter, as the whole point of the scene was to foreshadow Ben’s breakdown throughout the season.

Fans needed to be able to see what he was capable of and how his bipolar disorder could show itself during any scenario.

MontegoBarbados said: “There could have been anything on that photo. All that matters is it devastated that one student, which upset Ben.

“He became enraged when he realized all the other students had seen it and how cruel they were being toward her.

“This little scene was impressive as a brief intro to Ben because it told us everything we need to know about Ben. He’s smart, educated, charming, and has a good heart. Sadly, he can also lose all control and quickly fly into a violent rage.”

Some fans even thought the image was of Ben himself, which is why it caused him to fly into such a rage.

But the general consensus among viewers is that the photo was meant to be interpreted however fans saw it, whether it be a nude photo or something else.

The point of the scene was to highlight how easily triggered Ben is, and how his emotional instability becomes more important throughout the season.

At the end of the series it is his own sister Wendy who orders for him to be killed, as she is unable to trust him with their dangerous deeds.

He proves to be unreliable and Wendy proceeds to tell cartel lawyer Helen Pierce (Janet McTeer) where he is and he is killed by one of her hitmen.

Ozark is available to watch on Netflix now