Piers Morgan was keen to dive into the news as per usual on Good Morning Britain today and naturally the discussion lead to the coronavirus. Piers and Susanna Reid welcomed a slew of guests to the panel to discuss the media coverage of the virus, including former editor of the Daily Star Dawn Neesom.

During their chat, Dawn was passionately telling the panel to “keep calm, wash your hands, and carry on” during this outbreak.

She claimed that the media had exacerbated things by providing headlines such as “bodies piling up” whilst describing the severity of the virus’ death toll.

However, Piers was quick to jump in and cut Dawn off during her tirade.

Eager to speak his mind throughout the debate, Piers exclaimed: “You don’t know what you’re talking about!” 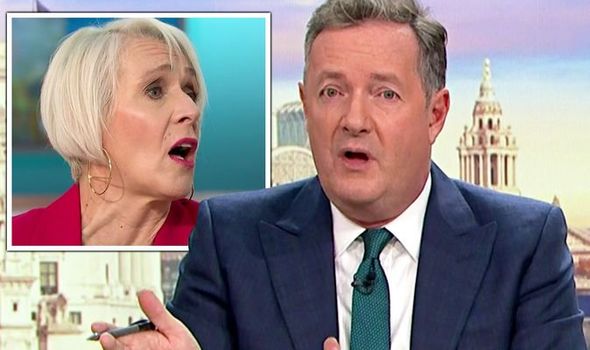 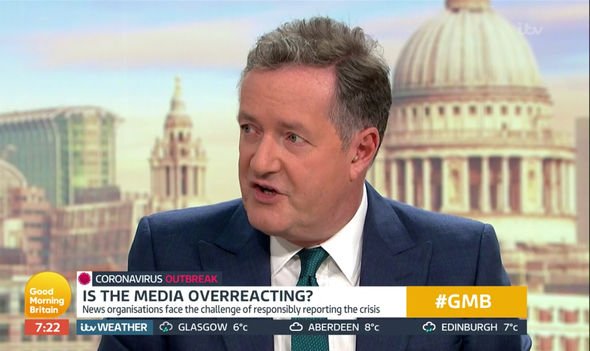 Throughout the chat, Dawn continued to tell Piers – and the audience – to keep calm throughout this crisis, and be smart as information continues to come out.

But Piers hit back: “It’s about telling people the reality.

“This is actually happening. What is going on in Italy… this is a serious crisis.”

Dawn explained some headlines are provoking panic, and continued to say the bodies are “not piling up”. 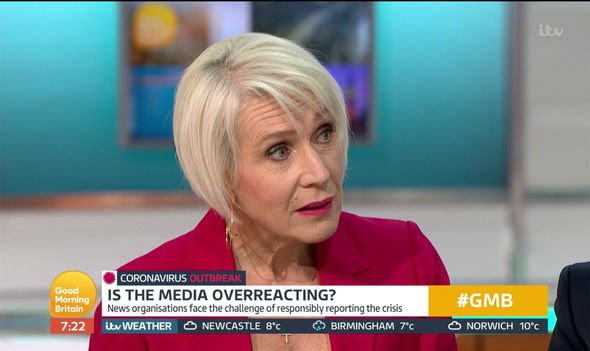 Piers instantly cut in to retort: “But they are.”

“It’s not about manning up!” Piers yelled. “If you look at what’s happening in Italy, we are now seeing a catastrophe – in terms of a health crisis – unfurling.”

Unscathed by Piers’ tirade, Dawn went on: “It is not a catastrophe, you’re talking worst case scenario.”

Piers continued his rant, adding: “They are piling up in Italy – they are!

“Nearly 300 people have died! Call it what you like but that’s a lot of people dying.”

Changing course a little, Piers asked Dawn: “Do you know how many people die a year of flu every year?”

To which Piers announced: “600. See, you don’t even know what you’re talking about!”

Later in the debate Piers went on to clarify: “It’s about telling people the reality.

“This is actually happening. What is going on in Italy… this is a serious crisis.”