ITV daytime current affairs programme Good Morning Britain serves up a daily dose of news and politics for viewers. The show is hosted by Susanna Reid and Piers Morgan usually, who have become know for their fierce interviewing style. Piers and Susanna are usually in the studio as the main anchors from Monday to Thursday – but this is not the case today (Thursday, June 11).

Where is Piers Morgan?

Piers confirmed to his 7.5 million Twitter followers yesterday (June 10) how he wouldn’t be on Good Morning Britain.

The broadcaster confirmed his absence on the series after one person tweeted: “@piersmorgan can you please let Susanna Reid complete a sentence without interrupting her on GMB tomorrow?”

Piers posted in response: “Definitely – I’m not in tomorrow.”

However, it’s unclear why Piers won’t be on the programme as usual. 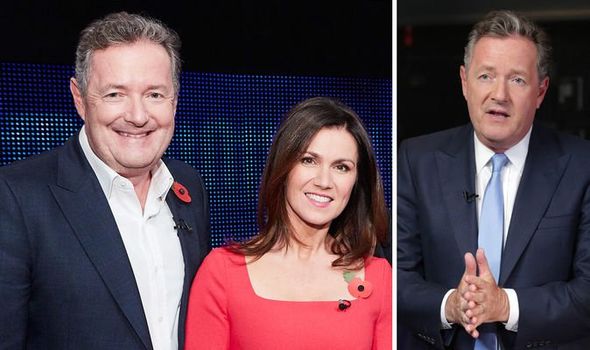 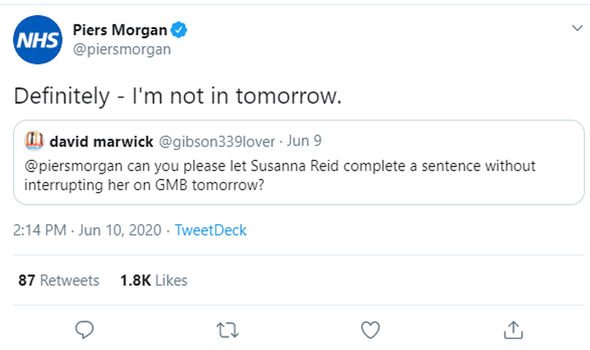 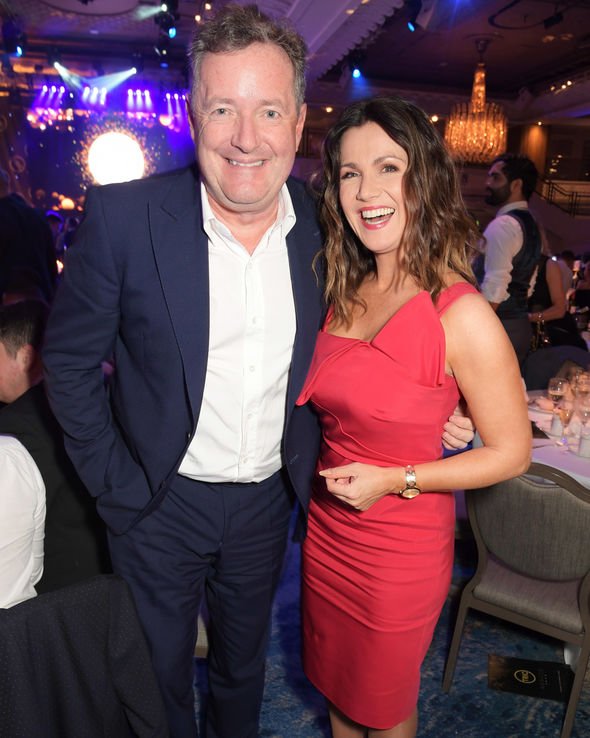 Express.co.uk has approached ITV for further comment on this story.

Earlier this year, Piers took time out from Good Morning Britain due to the school holidays.

He also missed the show last month after testing negative for COVID-19 not long after developing what he believed to be mild symptoms. 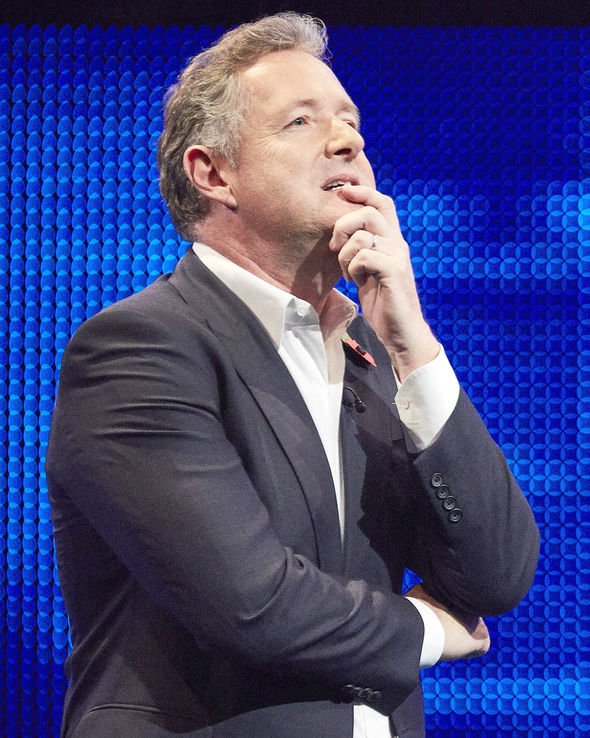 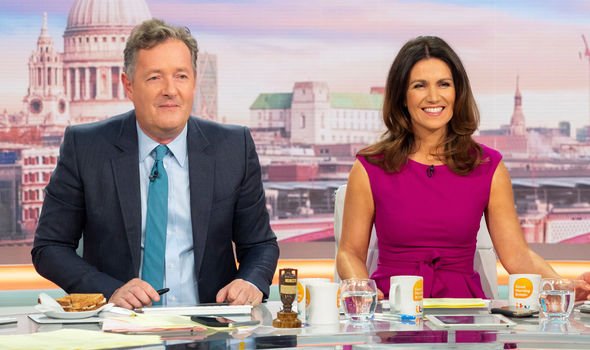 While the programme has yet to announce who will be standing in for him, it could be one of these two presenters.

Throughout the coronavirus pandemic, Piers and Susanna along with the rest of the Good Morning Britain team have been adhering to social distancing.

The presenters have been sitting a notable two metres apart from each other in the studio with a limited camera crew.

Guests have been appearing via video calls which have proved to be just as fiery as the usual studio rows the breakfast programme has become known for.

Throughout the global health crisis, he and Susanna have been lauded for holding government ministers to account over their reaction to the pandemic.

Piers have been vocal in his support of the NHS and hasn’t held back in his criticism towards the response to COVID-19 by the government.

In his latest TV row, Piers lashed out at the education secretary over the U-turn decision to open schools across England.

The government was planning to get all primary schools open with phased re-openings across the country.

The aim was to have all primary school children back in classes a month before the summer holidays.

But it looks like this won’t be the case now after education secretary Gavin Williamson said not all children would be able to return before September.

As government ministers aren’t willing to be interviewed on Good Morning Britain, Piers launched into a diatribe about reopening schools.

Piers told viewers: “The Education Secretary says, ‘We’ll be all back by September,’ but they’re not!

“When are they doing to be back? What is happening? What is your direction Gavin Williamson? We would ask him to his face but we’re on day 43 of the government boycott of Good Morning Britain.”

Good Morning Britain airs on ITV weekdays from 6am