Looking back on his career, which began in earnest 18 years ago, Anthony Mackie said he has long wanted to do two things: be in a superhero movie and a Western.

Obviously, Mackie got to do the superhero thing, although the Western has yet to materialize. For all his success in the Marvel Cinematic Universe, Mackie at one time did not have much of an affinity for comic books – and he got beat up for it.

Mackie wasn’t into superheroes at first 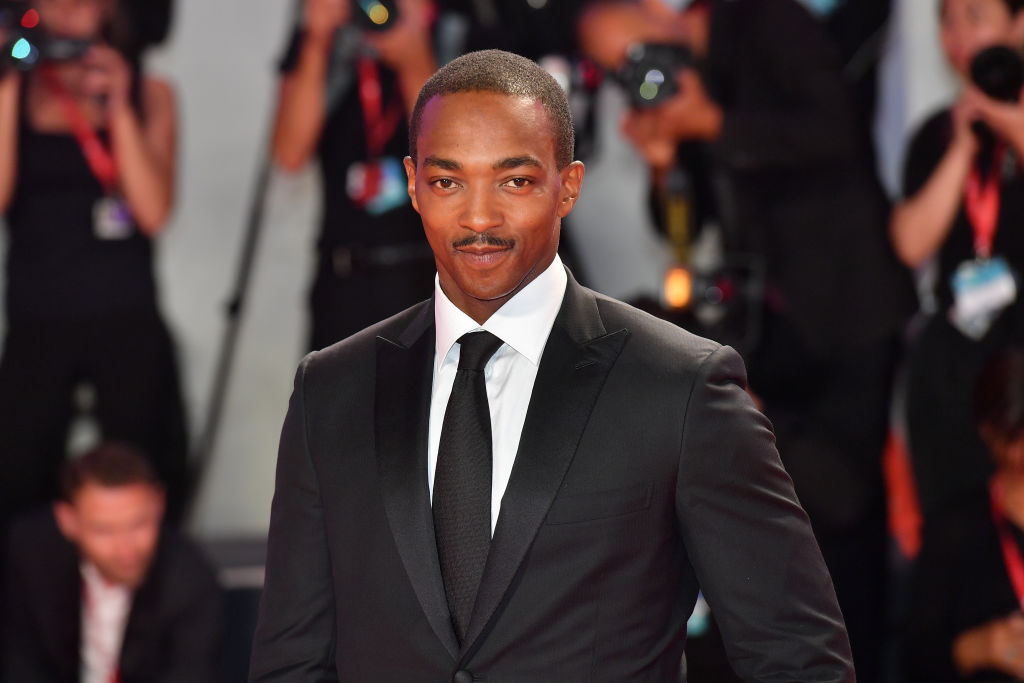 Mackie made his entry into superhero movies with Captain America: Winter Soldier playing Sam Wilson. Wilson is an army vet who, equipped with rocket-powered wings, becomes the Falcon, who was the first black superhero on the printed page. Sam functioned as kind of the replacement for the late and lamented Bucky Barnes. That is until Sam and Steve Rogers learn that Bucky is alive but brainwashed into the sinister Winter Soldier.

Mackie wouldn’t have known much about that when he was a kid, because, as he told Vanity Fair, “I had no experience with comic books whatsoever. Comic books weren’t my thing. My brother had crates and crates of comic books, and he used to beat me up because I would rip his comic books up.”

Still, once Mackie got his professional career going, “I told my agent at the time that I wanted to do a Western because I grew up loving Clint Eastwood and all of his Westerns and Gunsmoke and Silverado. And I wanted to be a superhero. Those were my two things.”

Could Mackie do a superhero Western?

After being a staple at the box office from the very early days of movies on through to the 1960s, Westerns fell out of favor. They would make the occasional comeback, often through Eastwood movies like The Outlaw Josey Wales and Unforgiven (about which Mackie joked that Morgan Freeman took the role he wanted), but Westerns were a relative rarity in theaters.

The MCU hasn’t made a Western yet, but people involved with superhero movies have tried to make them with varying degrees of success. Jon Favreau, who directed the first two Iron Man movies, tried to fuse Westerns and sci-fi with the movie Cowboys and Aliens, with Daniel Craig and Harrison Ford. The unenthusiastically received movie prompted Favreau to retreat to the simpler, more personal filmmaking of Chef.

Still, it has been suggested the MCU should try Westerns. Screen Rant noted that the MCU dipped its toe in those waters in an episode of Agent Carter, when Howard Stark tried his hand at being movie mogul and offered Peggy a part in Kid Colt, which was based on a Western hero that appeared in the comics. Screen Rant noted that many Marvel movies are really genre flicks in disguise, so why not a Western? Given Kevin Feige’s penchant for oddball premises like WandaVision, perhaps a Western isn’t so far beyond the pale.

So could Mackie star in that MCU western and kill two birds with one stone? It doesn’t seem especially likely now, since he has The Falcon and the Winter Soldier on tap. That series will focus on Sam and Bucky’s attempts to live in the shadow of the departed Steve Rogers, with Sam trying to prove to himself and others he’s worthy of the shield.

In the meantime, however, considering the entirety of his career, Mackie said, “For me, the philosophy that goes into accepting a role is more about humanity than anything else. I think because I have a theater background, I look for a three-dimensional character – someone that has a beginning, a middle and an end – someone who just seems like a real person.”