I BET Robbie Williams’ ears are burning – and not just because I’m writing about him.

The Sing When You’re Winning star has invested in a mobile phone after 14 years without one. 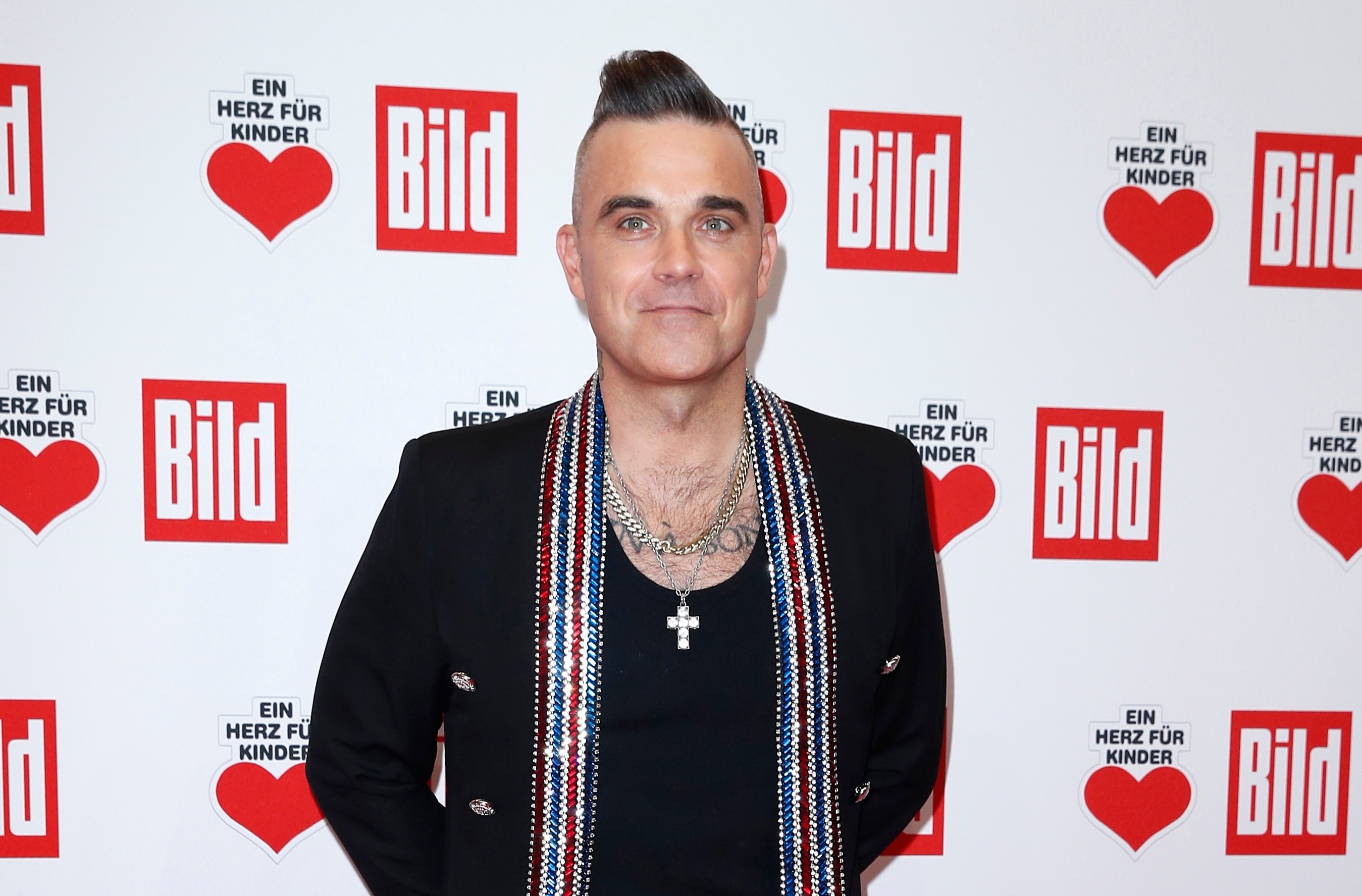 He has been doing Instagram Live broadcasts on his handset every day during lockdown and it’s taken such a toll that wife Ayda Field is getting wound up by his new obsession.

Robbie originally got rid of his phone in 2006 and said he hated having one. But he said: “I have a phone now, because I didn’t have a phone for a long time.

“Last night my wife said, ‘You’re on your phone too much,’ and she’s right.

“So now I’ve got to get off my phone, even though I’m on it now, and then I’ve got to find out what I’m now going to be addicted to, my new addiction. As long as it’s not pills or booze or powders, I don’t care.

“There has to be something. I put one fire out and another comes up.” 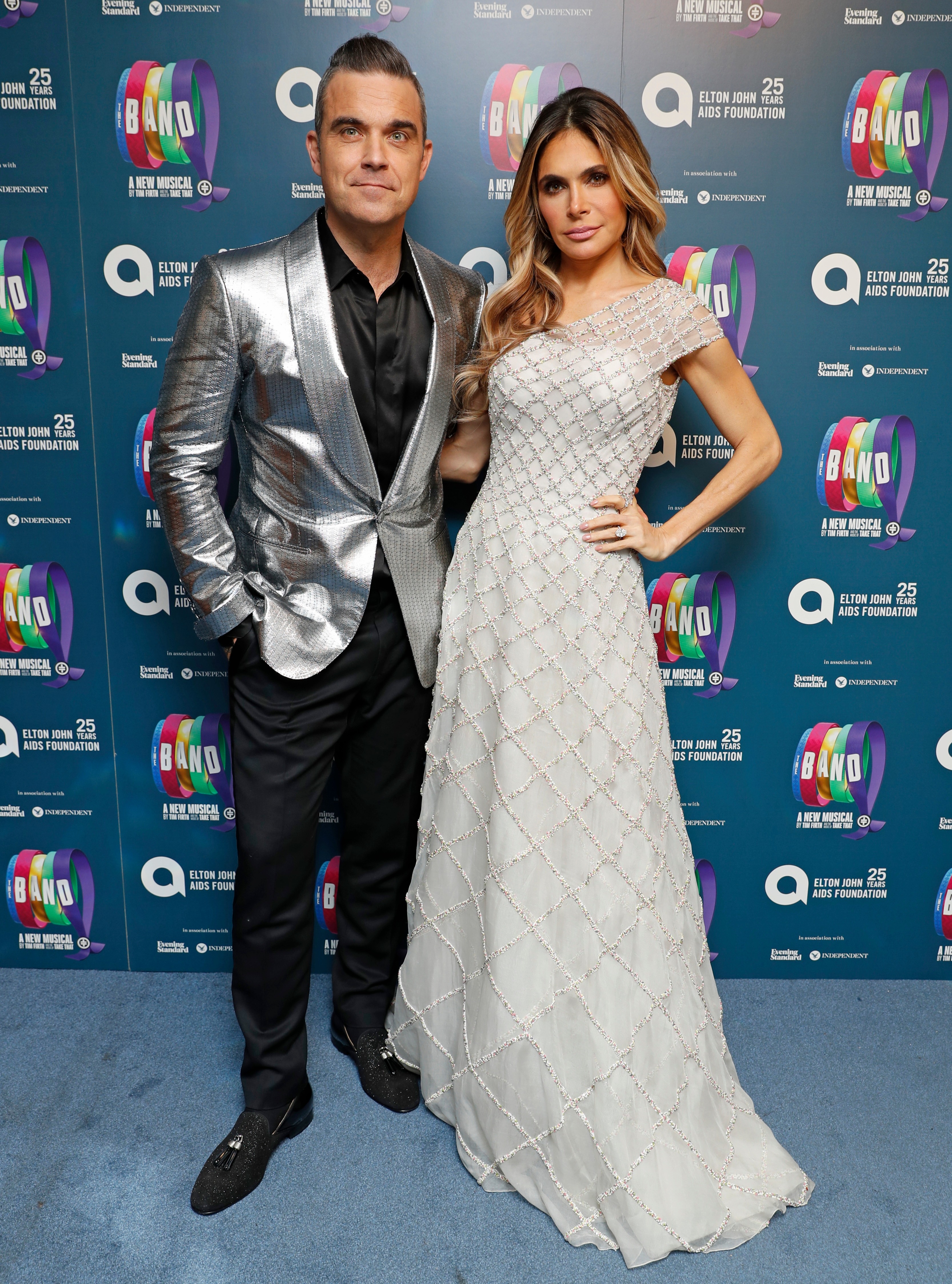 Robbie, who recovered from addictions to drugs, sex and alcohol, said his phone was already taking a toll on his mental health  because he takes comments left for him on social media to heart.

During a late-night Instagram Live, he said: “I read the comments and they affect me.”

It has inspired a new song called Comments Section, all about  hateful messages he’s had.

In the track, one of 26 he has written in the past three weeks for his as-yet untitled next album, Robbie sings: “In your comments section, no subtlety, no nuance, no need for reflection.

“In your comments section, I type what I type then I get an erection.”

Maybe he shouldn’t have got another phone after all.

READ ON FOR MORE OF SIMON BOYLE'S BIZARRE COLUMN

NICKI Minaj has given us plenty of excitement with her eye-popping new music video – but fans aren’t as impressed with her choice of collaborator.

She went topless with colourful stick-on stars covering her nipples in the clip for new single Trollz, which features controversial rapper Tekashi 6ix9ine. 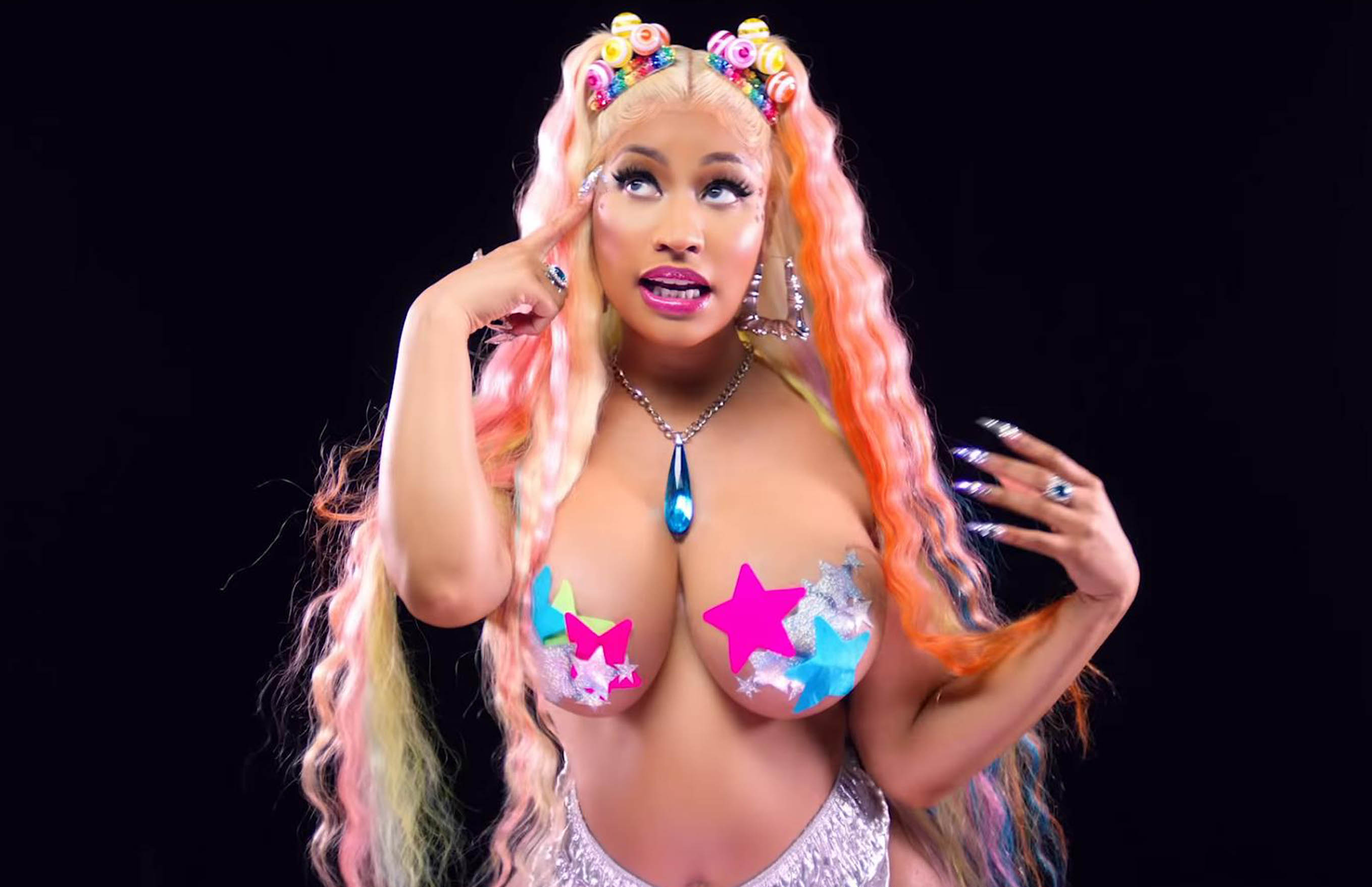 He is in the middle of a two-year jail term after being arrested last year for conspiracy to murder, armed robbery and carrying a firearm.

But he was let out to serve the remainder of his sentence at home in April, amid concerns about him contracting coronavirus because he has asthma.

One fan wrote on Nicki’s Instagram: “We love you Nicki but we cannot support this. He’s not a good person.”

ELLIE Goulding once considered a career in politics. She tweeted: “I wanted to go into politics because of what I noticed around me (homelessness, pollution, poverty). I wrote to my MP and got work experience.”

JESS Glynne is back on the Isle of Wight Festival line-up a year after she was given a lifetime ban.

Bosses banned her after she failed to perform last year, but have added her to the 2021 billing after this year’s was cancelled.

It was claimed she  partied until 7am the night before missing her set last year,  having been supporting the Spice Girls on tour.

But Jess said the reason she pulled out ten minutes before her set was that she  felt “weak and full of anxiety”.

On the decision to invite her back, festival boss John Giddings said: “What can I say, life is too short! The pandemic has made that obvious to all of us.” 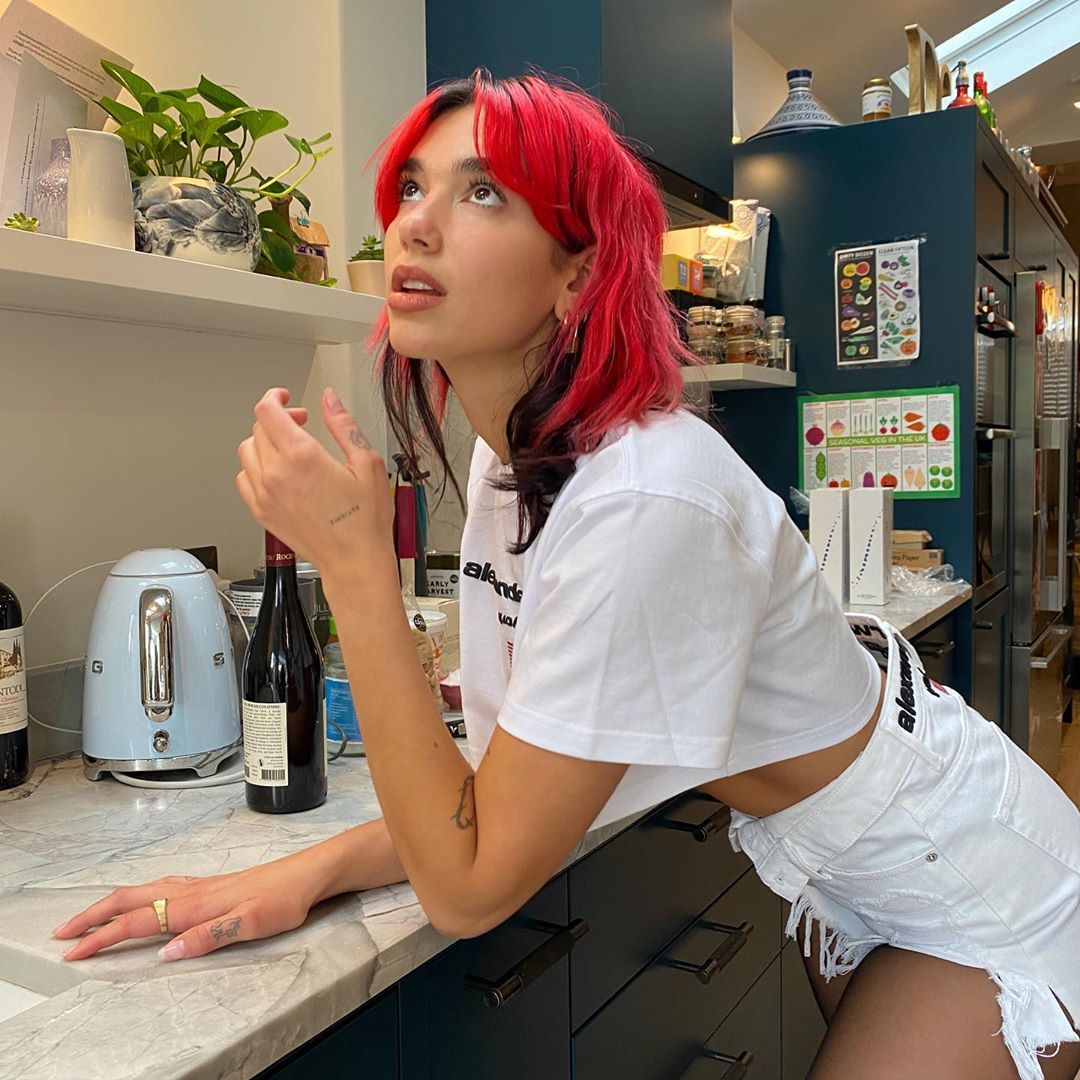 DEEP, dark and dazzling, Bob Dylan’s late period crowning glory is upon us.

After three singles including the 17-minute epic, Murder Most Foul, next week sees the arrival of his 39th studio album, Rough And Rowdy Ways, coming 58 years after the fresh-faced boy from Minnesota released his  debut. 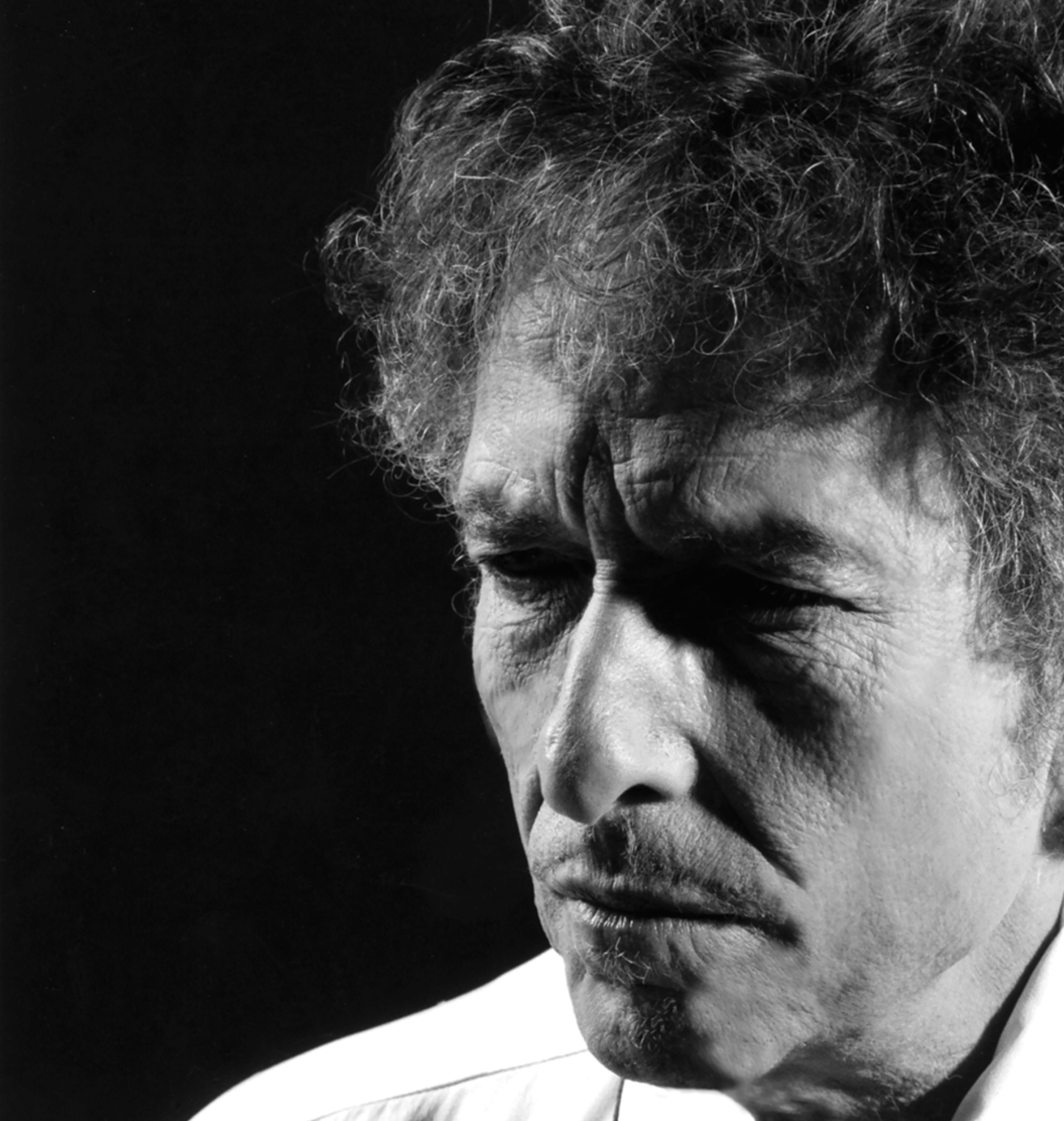 I guess that if you’re 79 and a music icon who won the Nobel Prize for Literature, you must have been thinking, “I’d better make this a good one, it could be my last.”

The scene is set by I Contain Multitudes, a phrase neatly summing up this complex, enigmatic character, before a fever dream of an album unfolds, full of unexpected twists and turns.

They are set to earthy electric blues or droning cello or lilting accordion and bear some of Dylan’s most expressive, attentive singing in years, ranging from throaty growl to ethereal croon.

We get creepy, minor key My Own Version Of You in which Bob imagines himself as a Dr Frankenstein character assembling body parts, followed by a tender love song (with a very long title) I’ve Made Up My Mind To Give Myself To You.

Two tracks do genuine justice to the blues, a genre long revered by Dylan … a rollicking salute to a Mississippi great, Goodbye Jimmy Reed, while mortality (his or ours?) looms large on the grinding Crossing The Rubicon, which finds the singer “three miles north of purgatory, one step from the great beyond”.

Ghosts of the past haunt the album… beat poets Jack Kerouac, Gregory Corso and Dylan’s old pal Allen Ginsberg as well as World War Two generals including Patton and Montgomery, who, he suggests, paved the way for Elvis Presley and Martin Luther King.

With JFK assassination song Murder Most Foul occupying a second disc by itself on the CD version, the first disc ends with a bona fide Dylan classic… Key West (Philosopher Pirate).

While his 1997 song Not Dark Yet has a similar vibe but ponders imminent death, America’s own Land’s End at the foot of Florida becomes a mythical destination where immortality is possible.

And, of course, Dylan himself will live for ever through his music.

VICTORIA Beckham has angered LGBT+ fans by selling a £95 Pride T-shirt but only donating a quarter of proceeds to charity. It has George Michael album title Listen Without Prejudice printed on it.

HARRY Styles has been doing some self improvement during lockdown, and not just by working out.

The Watermelon Sugar singer was snapped on a run in London and revealed some new tattoos. 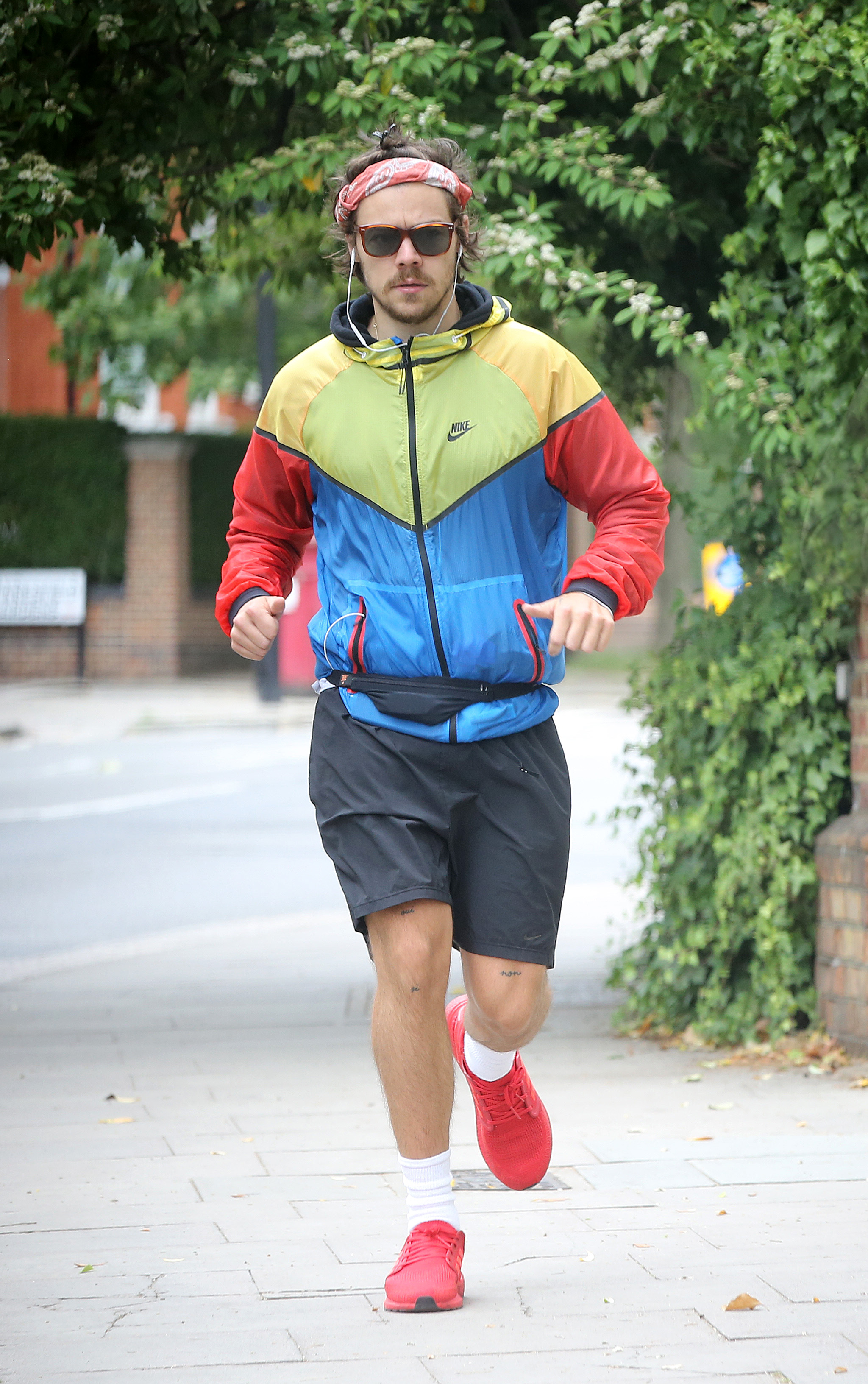 He’s had “yes” in French and Spanish inked on his right leg, and “no” in the same languages on his left.

They are the latest bits of body art for Harry, who also has a butterfly on his tummy and a rose on his arm, among others.

He has just flown back to London after spending the majority of lockdown in Los Angeles, where he was isolating with friends.

This week he had to reschedule his upcoming North American tour to next year due to the Covid-19 crisis.

At least he has plenty of time to rehearse.

US rapper DaBaby has held Lady Gaga and Ariana Grande’s Rain On Me off the top spot for a second week with his Roddy Ricch collab.

Rockstar has lodged its fourth week at No1.

The Weeknd has crept back up to No10 with his tune Blinding Lights after dropping to No11 last Friday. It has now spent 22 weeks inside the Top Ten, including eight weeks in pole position. The song, his first UK No1, is this year’s biggest track.