The CW’s Roswell, New Mexico, is well into its sophomore season, and the story has taken a few bizarre turns. Many of the actors on the show have had to perform scenes involving extraterrestrial effects designed and executed by the production crew. Recently, Nathan Dean Parsons, who plays Max on the show, explained how one particular stunt makes for a “weird day at work.” 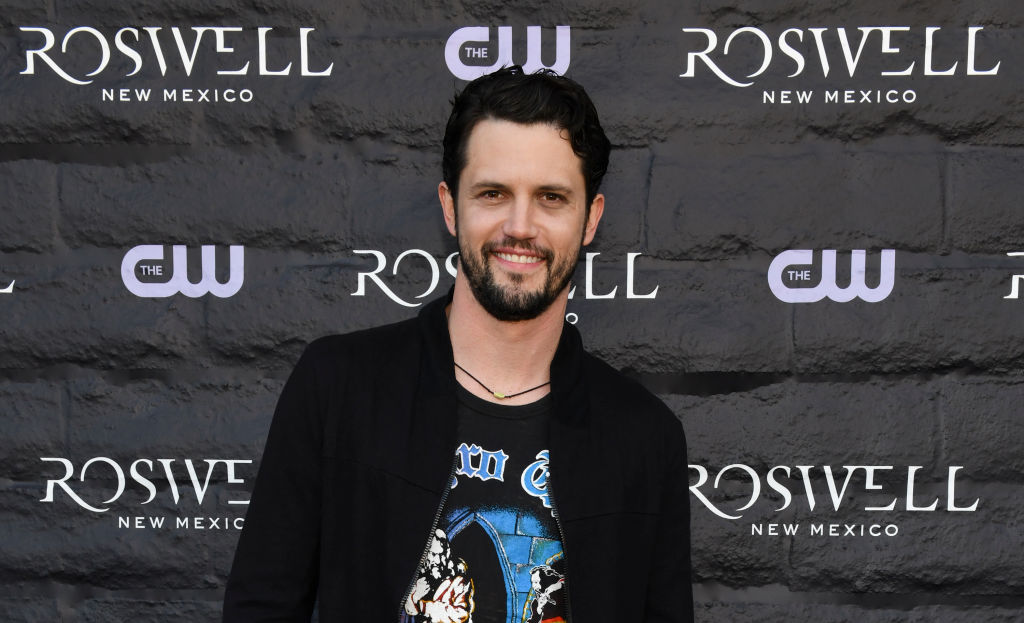 The ‘Roswell New, Mexico’ cast and creator dished on season2

During a panel at SCAD aTVFest, Roswell, New Mexico show creator, Carina Adly MacKenzie, along with cast members, Nathan Dean Parsons, Heather Hemmens, and Michael Trevino, sat down with Entertainment Weekly to talk about the show.

“These guys have been acting for a long time. But I hadn’t run a show before ever. So, season 1 was really, really, hard,” MacKenzie admitted.

They come in peace. Stream a new episode now, link in bio. #RoswellNM

Now, back for season 2, MacKenzie has incorporated moreambitious special effects into the show. For example, Parsons’ character, Max, spentthe first five episodes of season 2 suspended in a glowing alien pod due to eventsthat occurred at the end of the first season.

In the season 1 finale, Max died saving Rosa, the sister ofhis ladylove, Liz. Desperate to save the heroic extraterrestrial, Liz and Max’salien cohorts placed Max’s body inside one of their alien pods to preserve hisbody until they could perform an experimental surgery to resurrect him.

Max will do anything to protect the people he loves. New episode airs tonight at 9/8c. Stream tomorrow free only on The CW! #RoswellNM

At SCAD aTVFest,Parsons weighed in on the unique setup required in order to pull off the alienpod special effects viewers see on screen. The actor said this:

Our effects department, [which] is amazing, they constructed this giant tank, like a Plexiglas, clear, four-sided tank. And behind it is a green screen. And you basically hold your breath, go underwater, and you have to, like, you can kind of vaguely hear what they’re saying to you. But you like shift slowly as they’re, like, setting up their camera things.

Parsons also elaborated on the safety precautions taken on set when shooting scenes underwater. He explained, “The stunt team’s always there as well. And we have some pretty skilled divers that come in, and basically, you hold [your breath] until they tell you not to and then try not to pass out.”

About the overall experience of shooting the pod sequences,Parsons admitted, “It’s a weird day at work, but its fun.”

“It’s a weird day for all of us, Nathan,” MacKenzie chimedin.

Read more – A Vampire, a Werewolf, and an Alien: ‘Roswell, New Mexico’ Star Nathan Dean Parsons Has Played Them All