RYAN Seacrest looked happy and relaxed in the Stars and Stripes as he celebrated the 4th of July from home.

The TV star looked a picture of health as he went overboard decorating his outdoor deck in holiday paraphernalia and games. 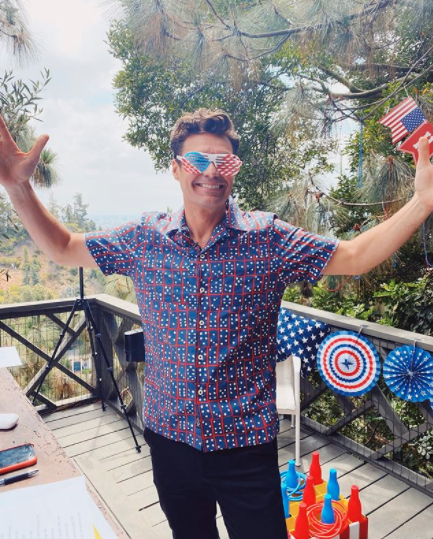 He also decorated the outdoor space with flags and "Happy 4th of July" bunting.

The American TV personality, famous for hosting American Idol and several popular radio programs played patriotic versions of  Cornhole and ring toss in the second, but it was clearly not his strongest skill. 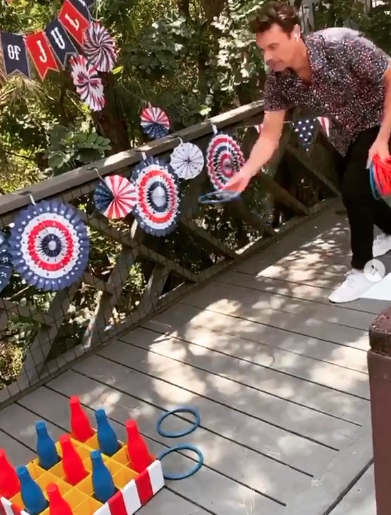 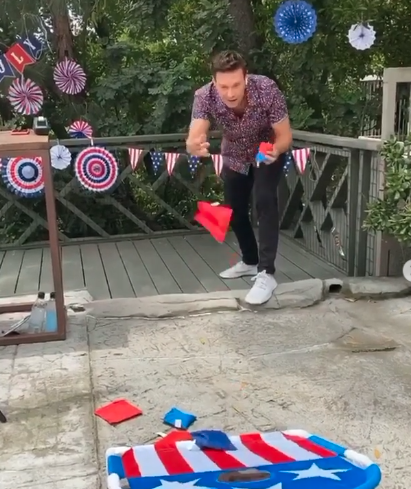 Ryan's relaxed demeanour comes just weeks after he revealed he was under a lot of stress.

Just last month, Ryan – who is often said to be one of the “busiest people in Hollywood” – made the statement as he denied rumors that he had suffered a stroke last month when fans noticed him slurring his speech during the American Idol finale and said he was suffering from exhaustion.

Reps for the TV and radio star released a statement which read: "Ryan did not have any kind of stroke last night.

"Like many people right now, Ryan is adjusting to the new normal and finding work-home balance, with the added stress of having to put on live shows from home." 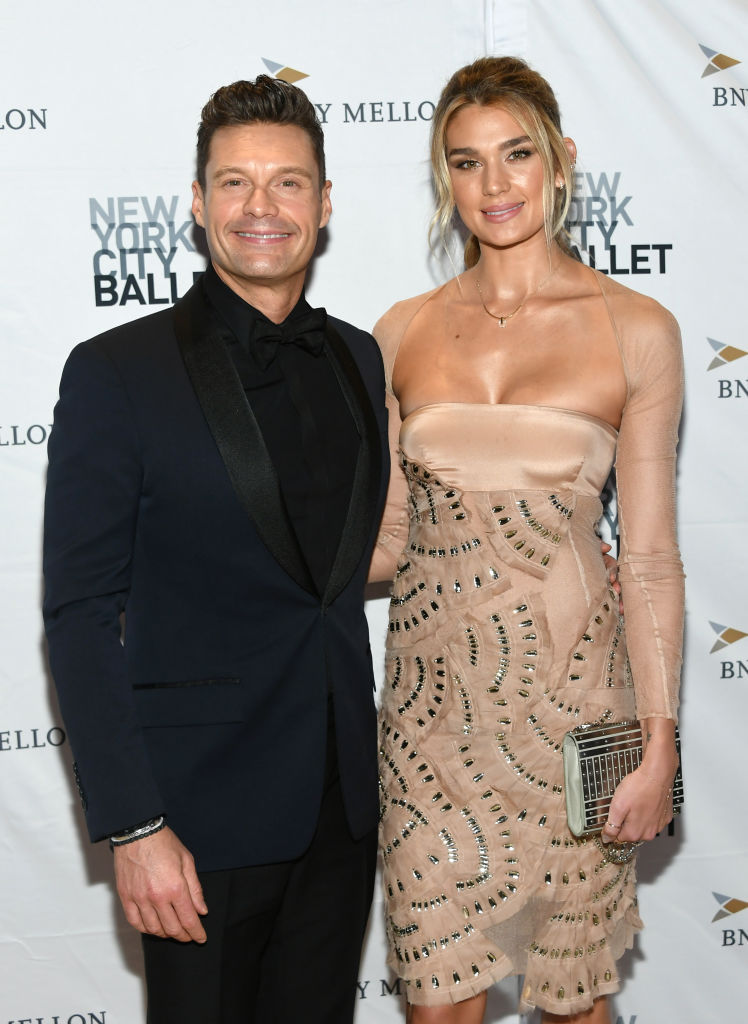 The embarrassing episode came after her called it quits from his 28-year-old girlfriend, Shayna Taylor.

An insider for the the talk show host said: "Ryan and Shayna decided to end their romantic relationship amicably some time ago.

"They remain good friends, each other's biggest supporters and will always cherish their time together as a couple.”

Ryan called it quits from his chef girlfriend “some time ago” after seven years of dating. 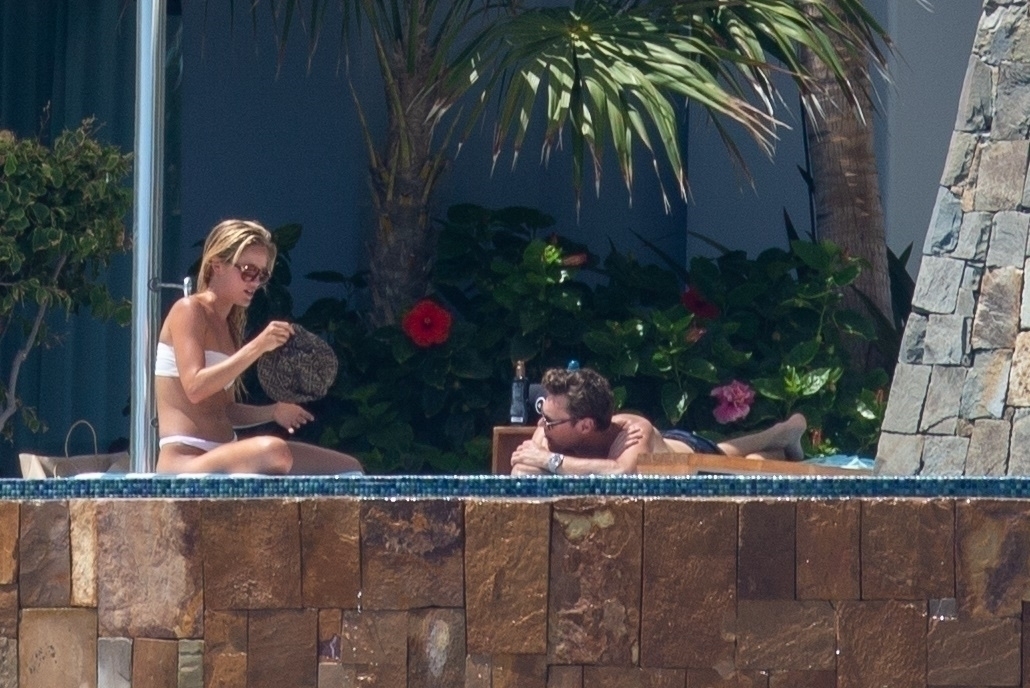 The couple seemed to be going strong as recently as last month, when Ryan gushed about his then-girlfriend but hinted at trouble as he publicly wished her a happy anniversary.

While hosting Live with Kelly and Ryan, he wished his girlfriend a "happy third anniversary," as it was the third time that they have been back together now.

However, Ryan gave a hint that all was not well, comparing the relationship to a roller-coaster.

"You know, when we drive by an amusement park, I always look at the roller coaster and go, 'Look, there we are'. It's all definitely upside down loops,” he said. 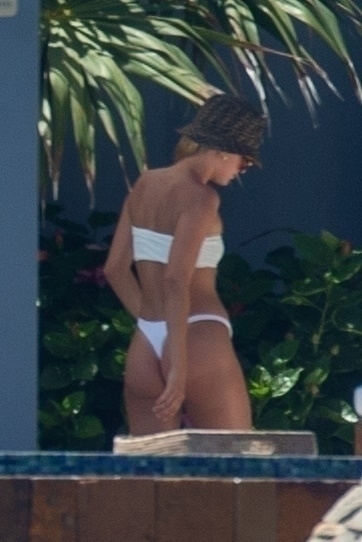 Who is Shayna Taylor?

Shayna, a New Mexico native, is a model, wellness influencer, and chef.

Shayna is an organic and holistic wellness chef and influencer who went to culinary school and was once a personal chef.

She regularly uploads healthy recipe ideas for her 139,000 Instagram followers.

But it looks like Ryan may have already moved on as he was pictured on a romantic Mexican getaway with a stunning mystery blonde in a white thong bikini last week.

The 45-year-old American Idol host held hands and laid close next to his bikini-clad lady friend as they relaxed in a Cabo San Lucas resort last week.

A shirtless Ryan soaked in the sunlight on a poolside lounge chair as the woman showed off her fit figure in a strapless white thong bikini.

In one shot, the radio DJ is seen laying on his back as he reached over to join hands with his beautiful companion.