SCOTT Disick shared a cosy snap with Khloe Kardashian and gushed that she was "so gorgeous" after ex Kourtney's engagement to Travis Barker.

The 38-year-old media personality shared a photo of him cuddled up to Khloe, taken from the night of Travis Scott’s concert that left eight dead. 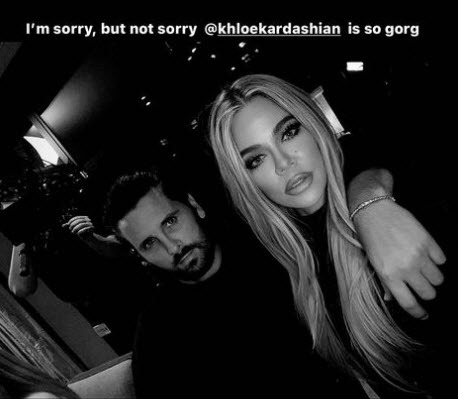 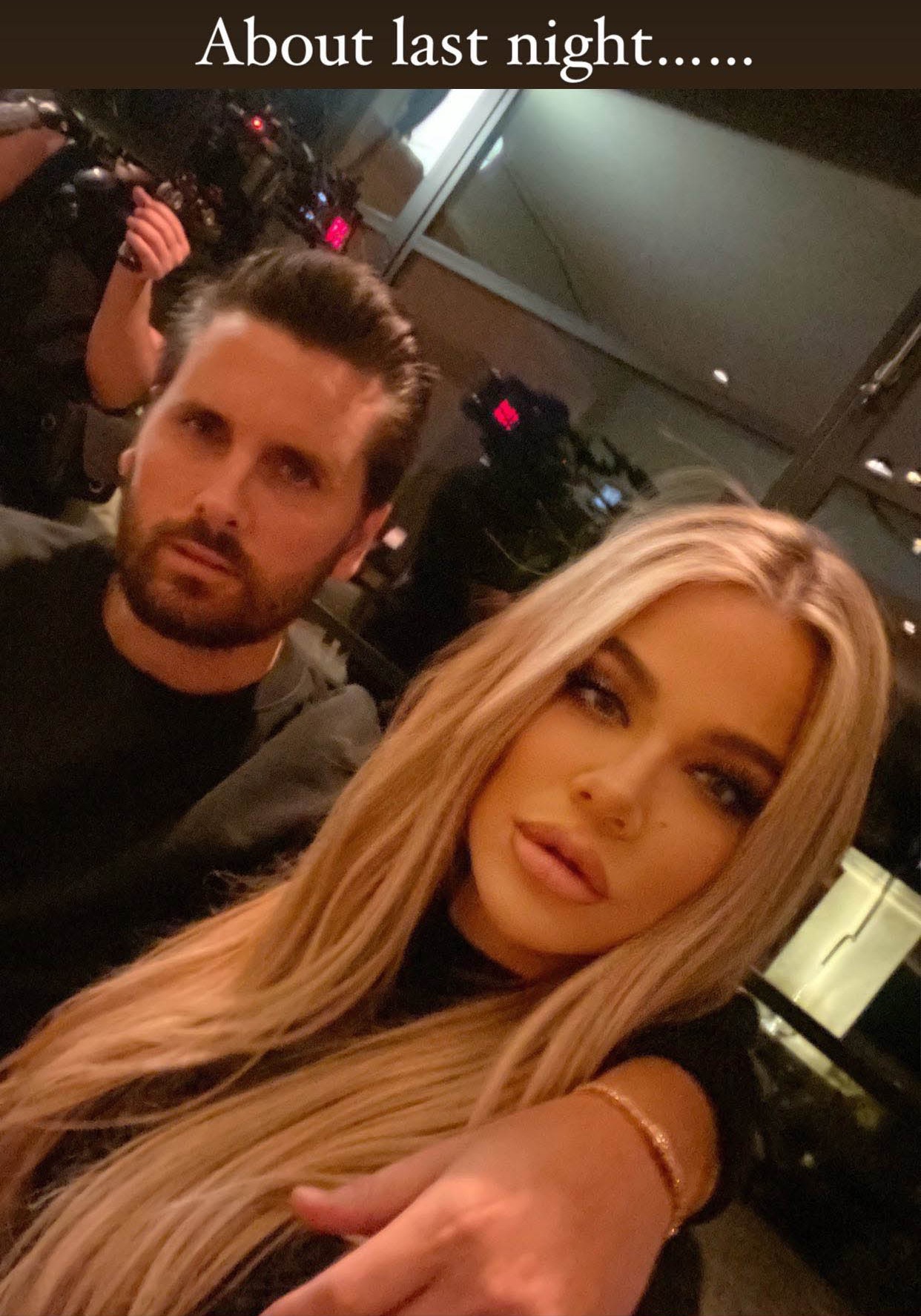 Smouldering at the camera, the dad-of-three looked very comfortable as he put his arm around Khloe.

Wearing a black high-neck top, Khloe pouted at the camera and squeezed close to Scott for the snap.

Sharing the black and white photo with his 27.5million followers, he wrote: "I'm sorry, but not sorry @khloekardashian is so gorg."

However, a flurry of disappointed fans have slammed the pair for posting the selfies on social media, following the death of eight people at Travis Scott's concert on Friday.

ARE YOU KIDDING ME?

Sharing a photo of the pair, the mum-of-one wrote: "About last night……"

Khloe's fans slammed her for sharing the image and fumed that the caption was "insincere".

One shocked follower wrote: "The caption she put was literally the most insincere s*** ever. Sorry u had the time of your life while people were dying at your sisters baby daddies concert."

Another wrote: "The extent of the vanity never ceases to surprise me."

"Khloe’s head was literally like no thoughts only good pic," another raged.

One fumed: "Do these people not get briefed by their teams when s*** hits the fan??? like, has anyone been told to lay low???"

An angry fan commented: "WHAT THE F*** OKAY I RAN OUT OF EXCUSES FOR THEM THIS IS TOO MUCH."

"Are you kidding me. she really typed that out… I know her fucking family group chat was blowing up last night??? can she really be unaware?," another questioned.

Rapper Travis Scott has broken his silence to pay tribute to the eight fans killed at his concert on Friday night.

He defended continuing to perform as the horror unfolded, saying he “could never image the severity of the situation.”

In videos posted to Instagram on Saturday, Scott was overcome with emotion as he gave a statement about his actions during the tragic first night of the Astroworld Festival.

"My fans really mean the world to me and I always wanna leave them with a positive experience and anytime I can make out anything that’s going on, I stop the show and help them get the help they need, you know?" he said.

The rapper, whose real name is Jacques Bermon Webster II added that he is working with the proper authorities and is asking fans from the event to do the same.

“If you have any information, please just contact your local authorities. Everyone continue to just keep your prayers.”

It comes after Scott was reported to be feeling like he's "lost the chance" to reconcile with the Keeping Up With the Kardashians star.

A source close to Scott has opened up about how the 38-year-old dad is feeling after his former girlfriend's new engagement with Travis Barker.

"The Kardashians adore Scott and tell him he’s part of the family no matter what, but he feels very distant and feels like an outcast more than ever," the insider exclusively told Us Weekly

The source continued: "He avoids family get-togethers that Travis is at, and he has refused to be in the same room with him at times.

"It’s fair to say the holidays this year are going to be rough and will be a battle over the kids."

After months of dating the reality star, rocker Travis proposed to Kourtney on Sunday, October 17, in a beachside hotel in Montecito.

The Blink-182 drummer got down on one knee to ask his girlfriend of seven months to marry him during a trip to watch a UFC fight, the source said- and the couple plans to marry later this year.

“I think Travis has been planning the proposal for ages,” said a source close to the eldest Kardashian sister.

“They want to start their own family together – that is the bigger thing for them because they both have kids, but they want to bring the two families together.”

According to TMZ, Kourtney's family and friends were there as well when Travis got down on one knee to propose after he walked Kourtney to an elaborate floral decoration on the beach where he ultimately popped the question.

"Scott is going crazy. He’s going to go off the deep end. It’s really bad. It’s about to get dark," a source exclusively told Page Six. 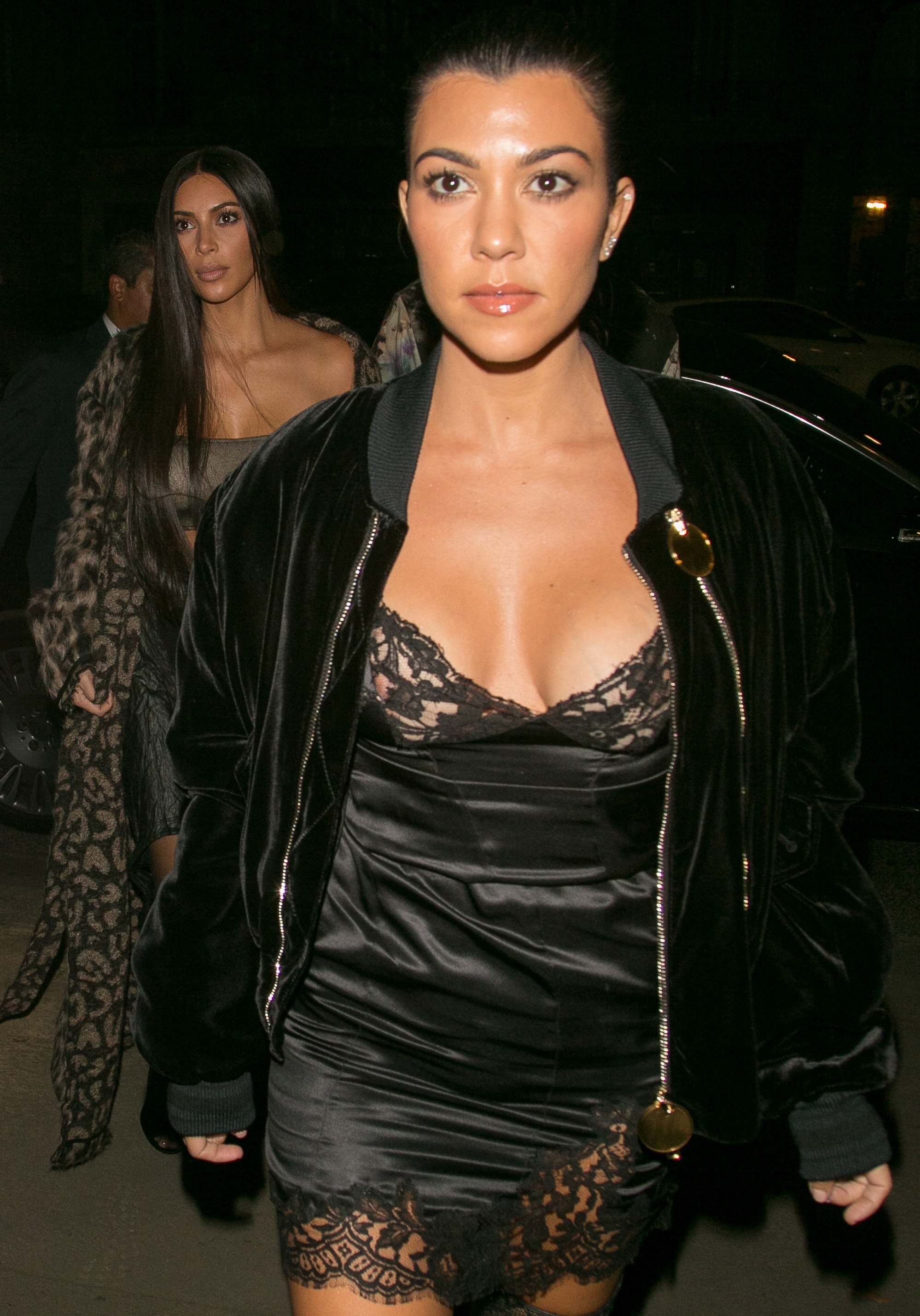 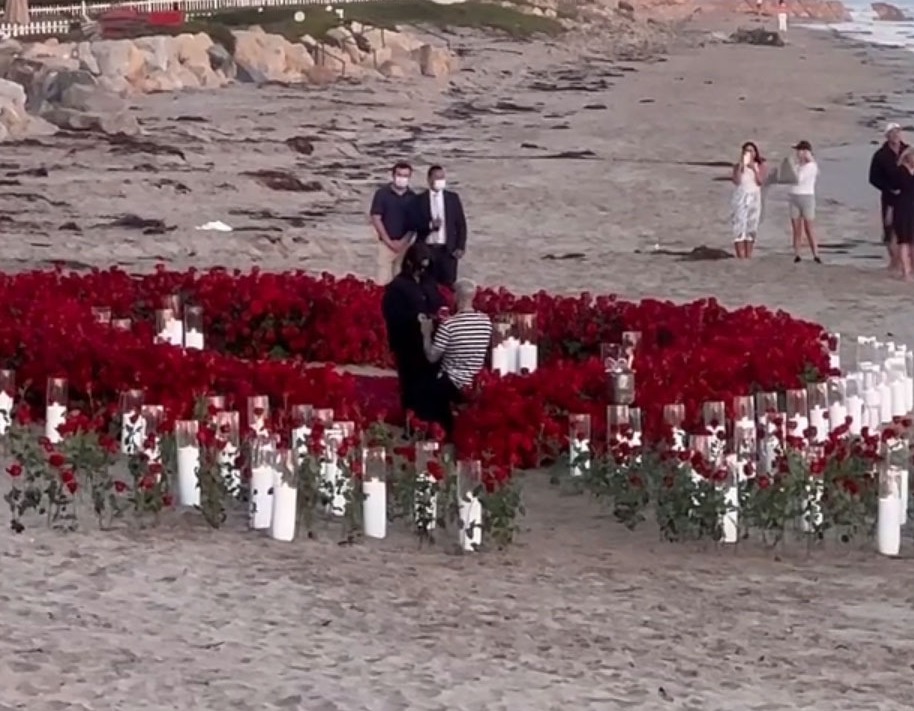 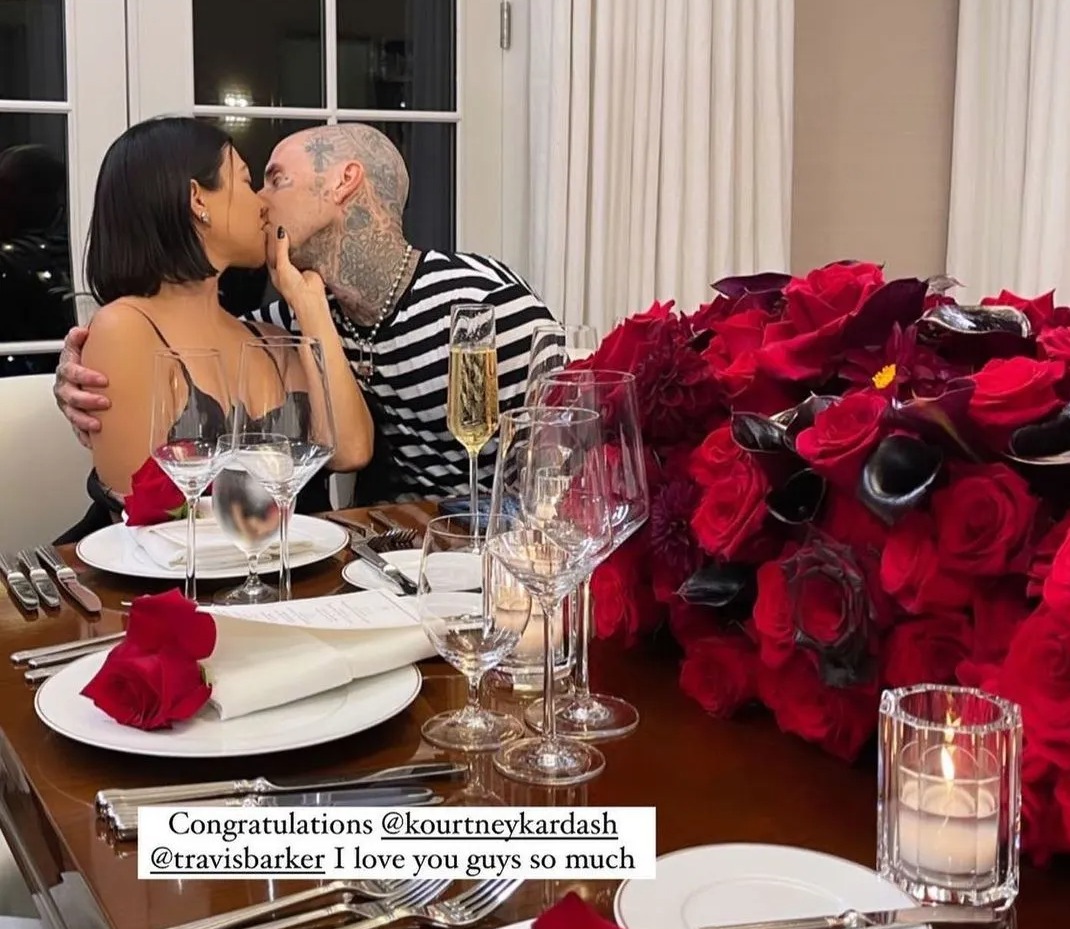