SMILING Britney Spears and boyfriend Sam Asghari rode motorbikes at her home last night after she threatened to expose her family in a futue interview.

The superstar celebrated getting her driving license back earlier this year, after busting free of her father Jamie's control on Saturday night. 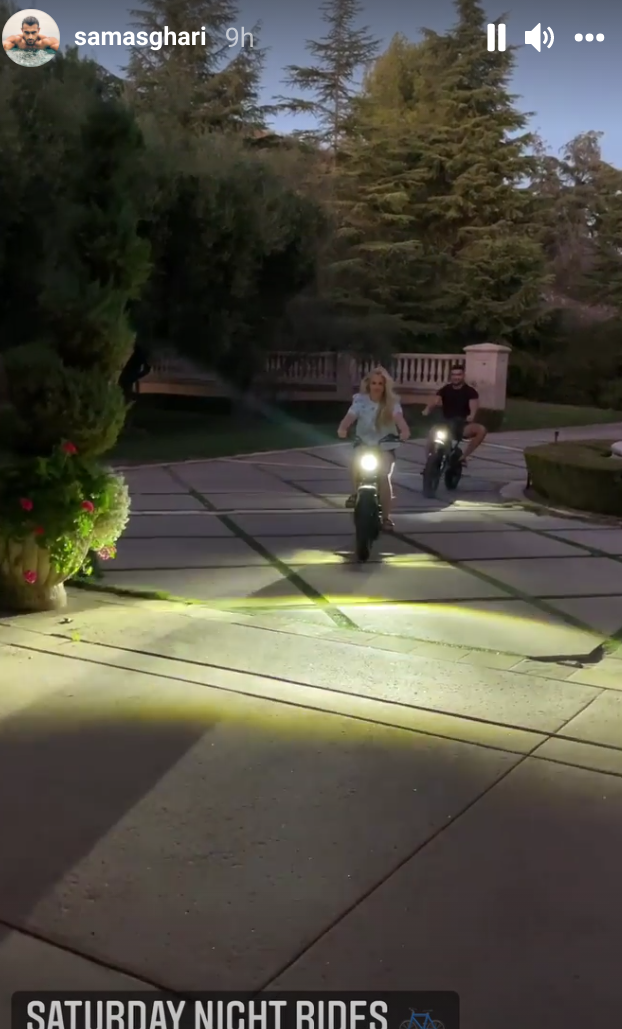 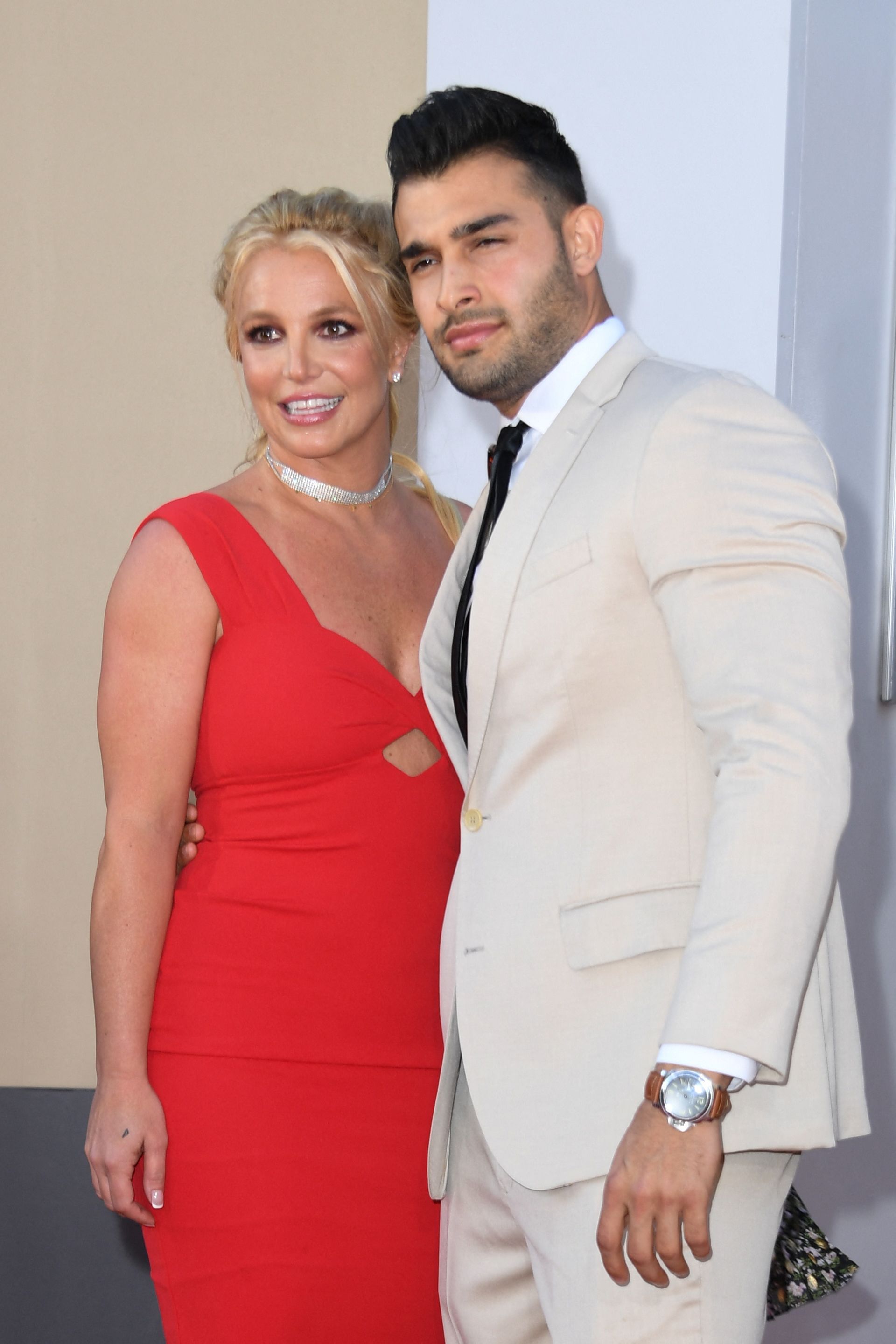 Britney, 39, and Sam, 27, who announced their engagement last month, were seen whizzing along her driveway on motorcycles, with the hunk writing on his Instagram page: "Saturday night rides".

Last week she said she was "disgusted" by the system that has allowed her life and career to be taken out of her control for 13 years.

The star also admitted to being "fearful of doing something wrong" if her controversial conservatorship is terminated and said "Lord have mercy on my family's souls" if she ever gives an interview.

The conservatorship she is under – a complex legal arrangement usually reserved for the very old or sick – could be brought to an end before the turn of the year.

But in a lengthy Instagram post, she shared her apprehension at the prospect of finally taking back control of her life.

She said: "I'll just be honest and say I've waited so long to be free from the situation I'm in … and now that it's here I'm scared to do anything because I'm afraid I'll make a mistake !!!

"For so many years I was always told if I succeeded at things, it could end … and it never did !!! I worked so hard but now that it's here and getting closer and closer to ending I'm very happy but there's a lot of things that scare me !!!"

Britney also accused the paparazzi of "creepy" behaviour and chasing her while she is driving near a school.

She wrote: "I don't like that they try to scare me and jump out like they do … it's like they want me to do something crazy !!!

"So like I said I'm fearful of doing something wrong … so I won't be posting as much in a world where it's our liberty to be free, it's a shame !!! I started experiencing that when I got the keys to my car for the first time 4 months ago and it's been 13 years !!!!"

And she also told of her loathing for the California legal system that has allowed her to be placed under a conservatorship for so long.

She said: "I haven't done anything to be treated the way I have for the past 13 years !!! I'm disgusted with the system and wish I lived in another country !!!"

Britney also returned to the feud with her family, who she has previously accused of not doing enough to help her.

She has a contentious relationship with father Jamie, the man who had her placed under the conservatorship and who ran her life for more than a decade.

He was ousted from his role overseeing his daughter's money in September after Spears pleaded with the judge in the case.

The singer, who shared a picture of a Christmas tree alongside her post, said: "I'm celebrating Christmas way early this year … because why not ???!!! I believe any reason to find more joy in life is a good idea … and it's no secret that I've been through it in the past … so I might have to do things a little differently from now on !!!

"Lord have mercy on my family's souls if I ever do an interview !!! In the meantime …

"I'm staying clear of the business which is all I've ever known my whole life … which is why this is so very confusing for me !!! Anyway … God bless you all !!!"

Britney, who has not performed since 2018, remains one of the biggest draws in pop music.

The next hearing in her conservatorship is scheduled for November.