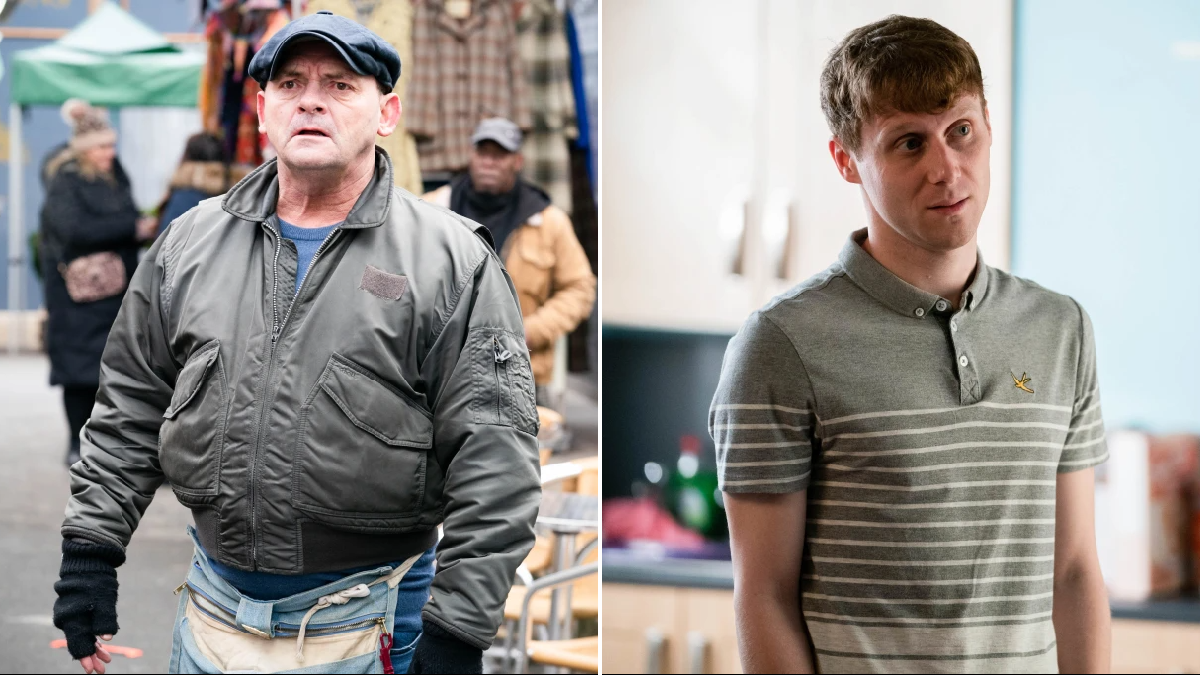 Billy (Perry Fenwick) teaches Jay (Jamie Borthwick) a painful lesson in upcoming EastEnders episodes when he punches him in the Vic. But has angry Billy got the wrong end of the stick?

Honey (Emma Barton) becomes annoyed with Jay’s behaviour when he gets drunk with Frankie (Rose Ayling-Ellis) and Lola (Danielle Harold) and she spots him making plans with them to go out drinking again.

Later on at Peggy’s Lola is being hassled by a stranger, and to get rid of him Jay makes out he’s Lola’s boyfriend. The next day they have a laugh together about Jay being her ‘boyfriend’ – but they don’t realise that Lexi (Isabella Brown) has overheard and jumped to the wrong conclusion.

When Lexi spots Honey and Jay arguing, she tells Will (Freddie Phillips) that it’s because Jay is cheating on Honey with Lola. Will then tells Jada (Kelsey Calladine-Smith) and soon the gossip is all over Albert Square.

And when the ‘news’ reaches Billy, he’s furious on Honey’s behalf and marches straight into the Vic, where Jay is in the process of surprising Honey with a spa break – and smacks him in the face, with Lola watching on helplessly.

Will Honey believe Jay and Lola when they try to explain?